Hungarian cabaret artist and stage actress Franciska Gaál (1904-1973) starred in several European comedies of the 1920s and 1930s. Later she went to Hollywood to star in Cecil B. DeMille's The Buccaneer (1938), and other films. 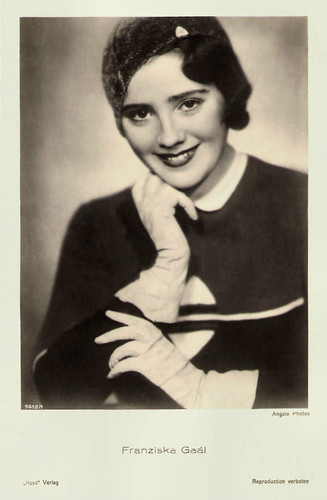 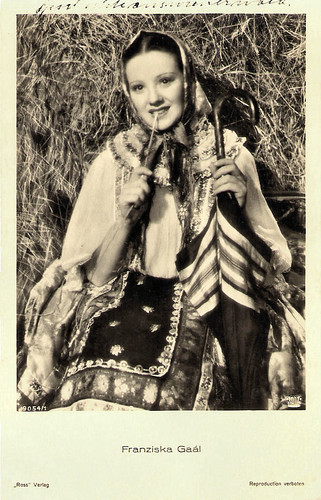 Franciska Gaál (in Germany Franziska Gaal) was born Fanny Silberstein or Zilverstrich (according to Filmportal.de, while other sources also write Zilveritch or Silberspitz) in Budapest in 1904. She was the thirteenth child of an affluent Jewish middle-class family.

Fanny attended the Budapest Academy of Theatre and after the First World War, she made a name as a singer, dancer and actress. Her stage name Gaál was the name of one of her acting teachers.

But after these films, she focused on the stage. Several plays were written especially for her, including A jó tündér (The Good Fairy, 1930) and Valaki (Violet, 1931) by Ferenc Molnár.

She was thus a highly successful stage actress, when producer Joe Pasternak engaged her for Universal's European subsidiary Deutsche Universal.

She started with Paprika (Carl Boese, 1932) opposite Paul Hörbiger, and went on to star in several features which highlighted her comic timing as well as her enchanting looks. 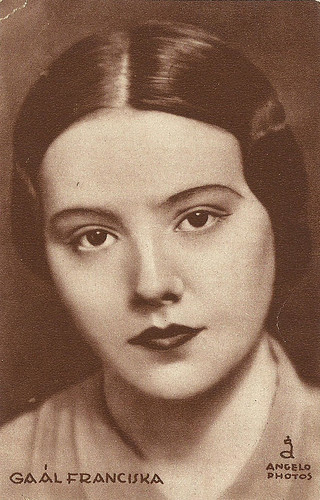 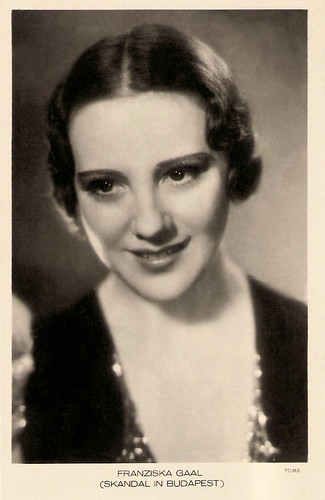 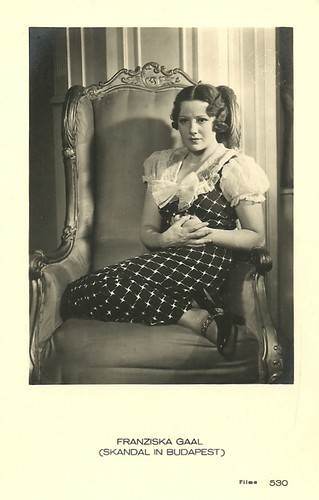 After the Nazis' raise to power, the Jewish Gaal couldn't continue her work in Germany.

Between 1934 and 1936, she became the star of several independently produced films in Austria, which marked the height of her career.

These modern and witty screwball comedies were all directed by Hermann Kosterlitz (later Henry Koster), written by Felix Joachimson and produced by Joe Pasternak for Universal Pictures in Europe.

The rights of Kleine Mutti were later acquired by RKO who remade it in English as Bachelor Mother (Garson Kanin, 1939) starring Ginger Rogers and David Niven.

Her final Austrian film was Fräulein Lilli/Miss Lilli (1936) with the Jewish actors Hans Jaray and Szöke Szakall as her co-stars. In order not to make his production company Projektograph film a target for anti-Semitic fanatics, producer Oskar Glück founded especially for this production the Opus Film GmbH.

As a director he contracted German emigrant Hans Behrendt. The shooting was turbulent and according to German Wikipedia the role of diva Gaál with her 'stormy temperament' was 'unfortunate'. She refused to work with Behrendt, nor with a second emigrant director Max Neufeld. So the film was finished by a third Jewish director, Robert Wohlmuth.

Nazi Germany banned the film, and also after the war the film was not a success. 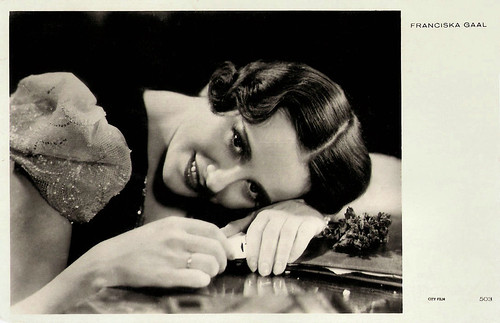 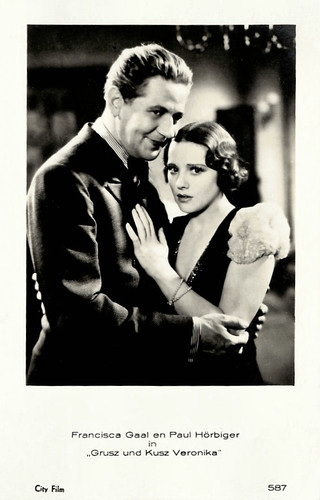 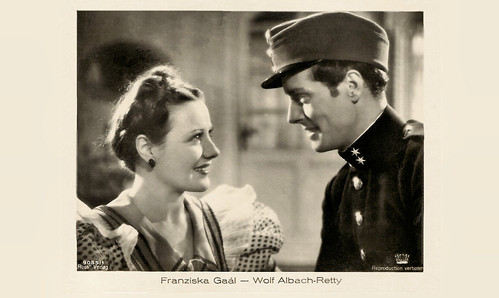 German postcard by Ross Verlag, no. 9055/1. The photo is a still from Frühjahrsparade (1934), with Wolf Albach-Retty. The photo was cut out of the card by a former owner. We photo shopped the edges.

In 1937, Franciska Gaál and the rest of the Universal-team left Austria and emigrated to the USA.

There she was groomed to become a Hollywood star by Cecil B. DeMille. Gaál co-starred in his epic adventure film The Buccaneer (Cecil B. DeMille, 1938) opposite Frederic March, but according to critics her performance was merely decorative.

Next she appeared at Bing Crosby's side in the musical Paris Honeymoon (Frank Tuttle, 1939), but again to no avail.

The last of her three Hollywood screen appearances was in MGM's Cinderella comedy The Girl Downstairs (Norman Taurog, 1939). She now starred as a scullery maid, who is romanced by callous playboy Franchot Tone.

In 1940, she returned to Budapest to attend to her mother's illness, and was then forced to remain in Hungary through WW II.

She survived the war and Nazi prosecution, hidden in a bombed-out estate.

After the war she tried to make a come-back opposite Theo Lingen and Hans Moser in Renée XIV (Ákos Ráthonyi, 1946), but the film was never completed.

In 1947, she returned to the US and replaced Eva Gabor in the Broadway production The Happy Time (1951). However, she didn't surface again as an actress.

Later, she worked as an acting teacher at the theatre school of Erwin Piscator.

Franciska Gaál was married to Dr. Francis Dajkovitch, who passed away in 1965.

In 1972, the former star of the German sound comedy died in New York, impoverished and unnoticed by the public. 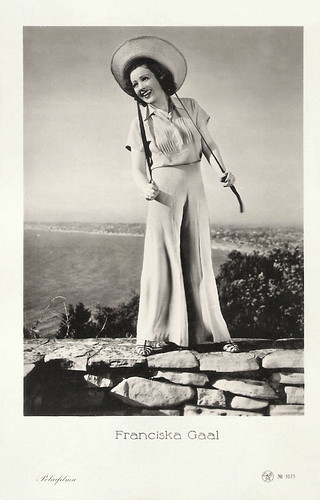 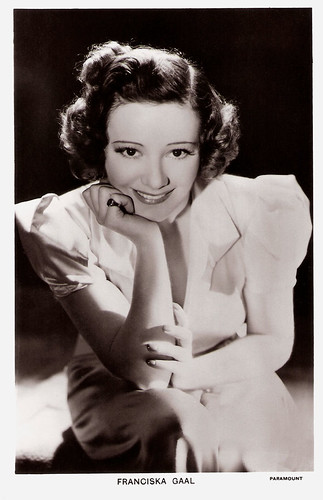 British postcard in the Picturegoer Series, London, no. 1197. Photo: Paramount.