Gustav ‘Bubi’ Scholz (1930-2000) was the most prominent German boxer of the post-war period. The southpaw was only a professional boxer, never an amateur. He celebrated his greatest triumphs in the late 1950s and early 1960s, and had some international successes. He also recorded Schlagers and appeared in films. 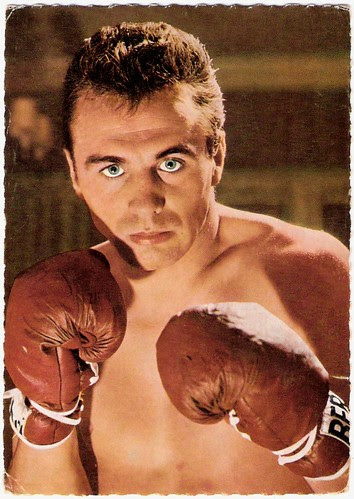 Gustav Wilhelm Hermann Scholz was born in Prenzlauer Berg, Berlin, in 1930. His father was a blacksmith, his mother was a homemaker.

‘Bubi’ earned his first money with selling newspapers. He studied to become a cook. From 1947 on he visited the boxing schools of Karl Schwarz and Bruno Müller, and from 1948 on the Olympia-boxschule where he met his future trainer Lado Taubeneck.

Scholz became both a good tactical and a good technical boxer, a southpaw. He never fought as an amateur and in 1948, he won his first professional match against Horst Eichler on points.

In 1951 he boxed for the first time for the national title. He won from Walter Schneider and became the German welterweight champion. He defended this title twice in 1952 – against Karl Oechsle and Leo Starosch. Later that year he voluntarily gave up this title for the middleweight championship.

In 1955 he was suddenly diagnosed with tuberculosis, and he was forbidden to box. Although he trained secretly he did not do any boxing matches until 1957.

With a K.O. victory in the third round against Peter ‘dä Aap (the Ape)' Müller, he became National champion middleweight.

From his victory in 1958 on the French champion Charles Humez till 1961, Bubi was the European champion middleweight and in 1964 he held the title in the heavyweight. In total he played 96 fights, of which he won 88, including 41 by knockout, he lost only twice (both defeats on points). In 1962 he had lost on points from the American World Champion middleweight, Harold Johnson.

The matches of the prominent boxer were visited by such celebrities as film star Curd Jürgens and politician Willy Brandt. Although he would never become a world champion, Scholz takes the rank of 45th as ‘Best Boxer of all time’ in the middleweight class in the independent, eternal world computer rankings of BoxRec. 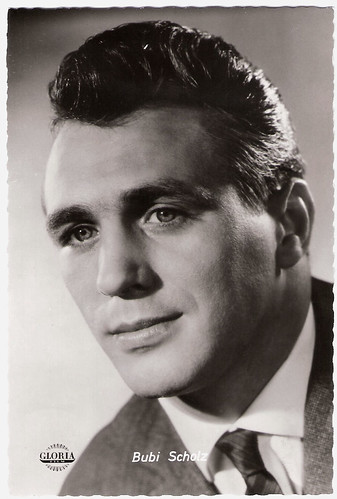 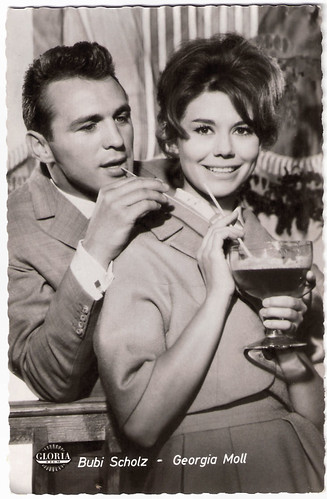 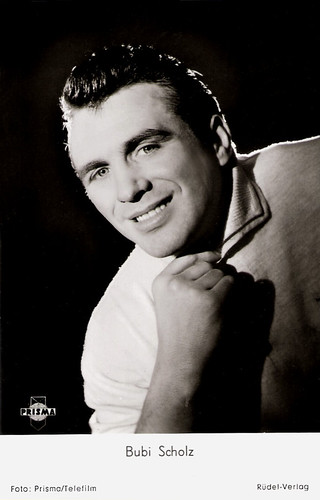 During his boxing career he had done several side-activities. He had recorded some Schlagers like Sie hat nur bluejeans (She only had blue jeans) and he also had performed in a few films.

In 1960 he had appeared at the side of Rocco Granata and the Italian actress Giorgia Moll in the Schlagerfilm Marina (Paul Martin, 1960).

Although a reviewer at IMDb compared his performance with “walking through after a K.O.”, Scholz appeared the following year in another Schlagerfilm, Schlagerparade 1961 (Ernst Marischka, 1961) with Renate Ewert and Chris Howland.

On TV he could be seen in the comedy Der Meisterboxer/The Box Champion (Günter Fiedler, Willy Millowitsch, 1960). Later, he appeared with the other legendary boxing champion, Max Schmeling, as two policemen in the comedy Glückspilze/Lucky Devils (Thomas Engel, 1971) with Heli Finkenzeller and Christian Wolff.

Now his active boxing career was over, Scholz became depressed and was known for his binge-drinking. He reached the low point in 1984, when he shot his wife, Helga Scholz-Druck, with whom he had been married since 1955. He was arrested the following day, and was sentenced to an imprisonment of three years for manslaughter.

After his period in jail, he appeared in two more films. He first appeared as a boxing coach in the short drama Chicago 6 x 6 (Clemens Füsers, 1989).

His last film was Mord aus Liebe/Murder out of Love (Georg Stefan Troller, 1993) with actress Ingrid von Bergen, who herself had spent nearly 5 years in prison for manslaughter.

In 1993, the 63-year-old Scholz married the 35-year-old Sabine Arndt. In the late 1990s he suffered several strokes and was diagnosed with Alzheimer’s disease.

Gustav ‘Bubi’ Scholz himself could not attend the premiere because of his poor health at that time.  He died in 2000 in an elderly home in Berlin. 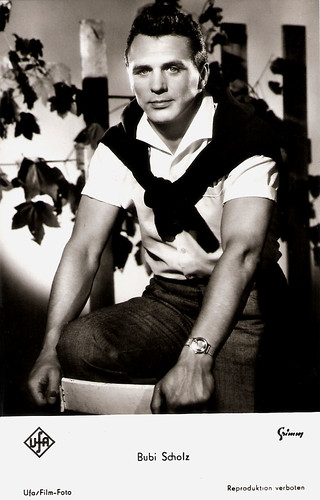 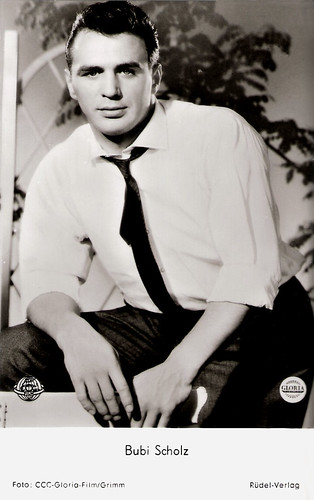 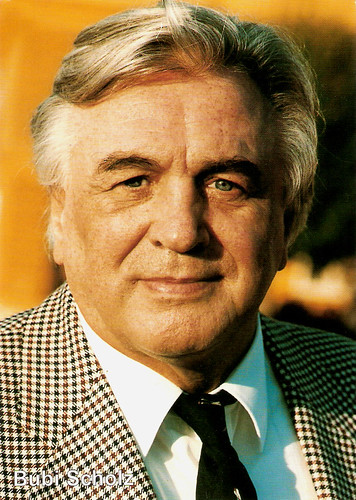