Beautiful and distinguished Danielle Godet (1927-2009) had everything for a great career in the cinema, but she lacked the right film parts to live up to her many capacities. In secondary roles the charming French actress continued to work on stage, television and in 45 films. 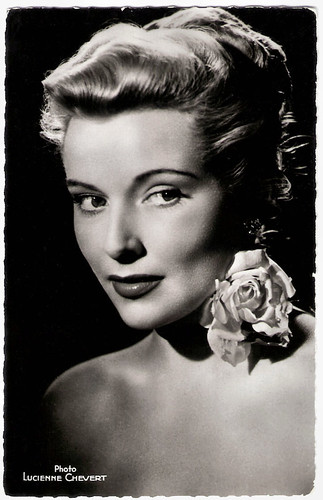 
Danielle Gabrielle Rose Godet was born in Paris in 1927. She was the daughter of an industrialist and a stay-at-home mother, passionate about piano and classical music.

Danielle inherited her artistic flair from her mother. The little girl studied and piano and dance, going as far as to win a first prize at the Léopold Belland dance contest. But it was the call of the cinema she was actually going to heed.

She made her film debut by chance, as the small village in which Danielle and her parents spent their summer holidays of 1943 harboured the shooting of L'homme sans nom/The Man without a name (Léon Mathot, 1943). Extras were needed and the pretty sixteen-year old was noticed and hired as one.

Later, she took drama lessons with Maria Ventura and Jean Martinelli. Famous French director René Clair tested her for the female lead in his Le silence est d'or//Man About Town (1947) but all she was given was a bit as a spectator. Marcelle Derrien played the role opposite Maurice Chevalier instead.

The same mishap occurred to her two years later when, after being considered by Henri-Georges Clouzot for Manon (1949), the part went to Cécile Aubry.

In 1947, though, she starred alongside another beginner named Yves Montand in the boxing film, L'idole/The Idol (Alexandre Esway, 1948).

Then she made an impression in the cinema opposite François Périer in La souricière/Sorceror (Henri Calef, 1950). In this noir thriller, Godet showed that she could be given other roles than the ingénues she had played until then.

That year she also appeared in the British adventure film The Elusive Pimpernel (Michael Powell, Emeric Pressburger, 1950) starring David Niven as the British aristocrat who goes in disguise to France to rescue people from The Terror of the guillotine. 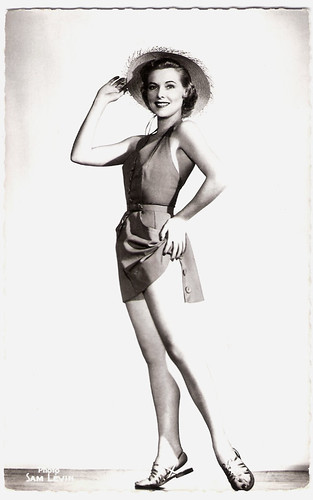 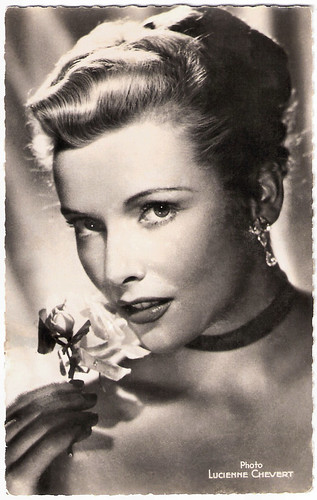 
From then on, Danielle Godet's screen career started to falter. Guy Bellinger at IMDb: “Godet's artistic fall started and despite her efforts to find worthwhile roles, never ended. In the batch, there are a few unpretentious but entertaining French or Spanish B movies.”

She appeared in the musical comedy Nous irons à Monte Carlo/We Will All Go to Monte Carlo (Jean Boyer, 1951) which was one of the first films with Audrey Hepburn before Hollywood.

She played Constance who conquered the heart of D'Artagnan (Georges Marchal) in the all star Les 3 Mousquetaires/The Three Musketeers (Bernard Borderie, 1953).

In Spain, she appeared in the thriller Cuatro en la frontera/Four at the border (Antonio Santillán, 1958), and Muerte al amanecer/Death at dawn (Josep Maria Forn, 1959).

On stage, she had success in the boulevard comedy La brune que voilà (There is the Brunette), by Robert Lamoureux.

On stage she starred in Les hommes préfèrent les blondes (Gentlemen prefer blondes) (1962) by Anita Loos, and several other plays.

Two years later, she made her final screen appearance in the TV series La route inconnue/The unknown road (1983). After that she retired from show business. 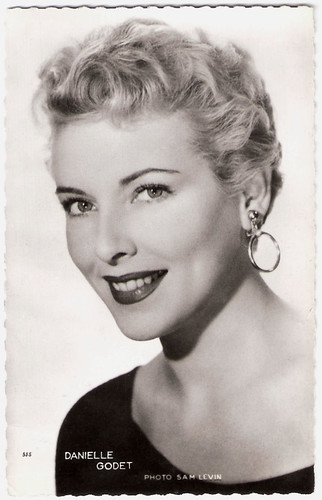