An interesting aspect of the European silent cinema is the contribution by dancers. Their delicate gestures and expressive movements were often a visual delight among the theatrical bombast of the grand gesticulations in the early films. Their exotic and sometimes suggestive dances were welcome intermissions in many dreary productions but also in the side programmes of the bigger cinemas. Some of these dancers would become legendary stars of the European Cinema, like trained dancer and former Ziegfeld Follies girl Louise Brooks, Leni Riefenstahl - who was trained by noted modern dance pioneer Mary Wigman, and former revue dancer Lilian Harvey. Many others were soon forgotten. Their expressive postcards have survived and are now collected by such admirers as Didier Hanson. Today a tribute to these forgotten artists who once danced in the silent European cinema. 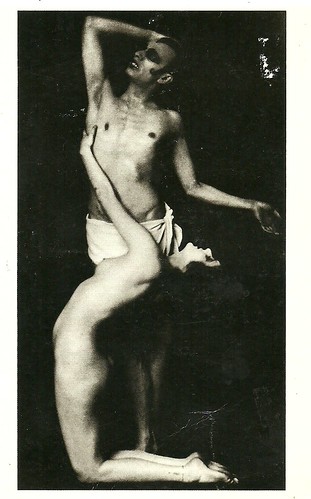 Expressionistic dancer and film actress Anita Berber (1899–1928) challenged many taboos during the Weimar period. With her drug and booze addiction and her bisexual affairs, she epitomized the decadence of 1920s Berlin. Her charcoaled eyes, her black lipstick and bright red, bobbed hair were featured on a famous portrait of her by Otto Dix and in silent films by Richard Oswald and Fritz Lang. 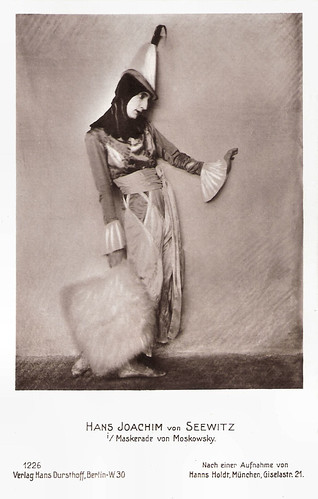 Joachim von Seewitz (1891-1966) was a German 'Ausdruckstänzer' (Expressionist dancer). In the 1920s and 1930s, he celebrated world successes and was well known to international audiences. In 1934, Von Seewitz was a member and soloist of the Berlin Florence-Ballett which performed in the major variety shows and in the new Ufa movie palaces. 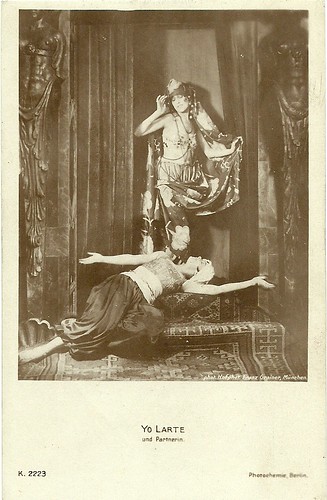 Dancer Yo Larte appeared in three silent German films directed by graphic designer, author and film director Edmund Edel. She played opposite Emil Jannings in Aus Mangel an Beweisen/Presumed Innocent (Edmund Edel, 1916) and was one of the victims of Ernst Lubitsch in Doktor Satansohn/Doctor Satan Son (Edmund Edel, 1916). She also had a part in Im Joche des Schicksals/In the yokes of Destiny (Edmund Edel, 1916). Edel made also posters for her dance productions. 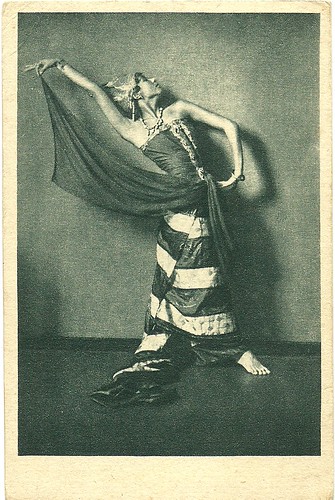 Austrian dancer Lucy Kieselhausen (1900 – 1926 or 1927) had a successful career on the German stages and appeared in three silent films. Only in her twenties, she died by a tragic accident in her bathroom. 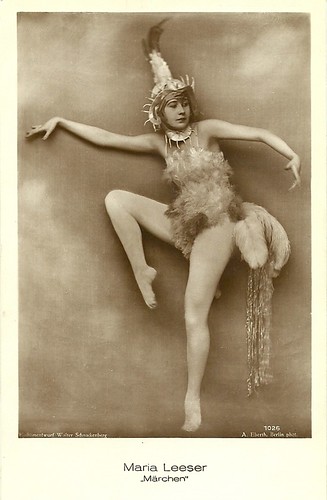 During the 1920s, Maria Leeser formed a popular ballet team with Hasso Holm in Germany. 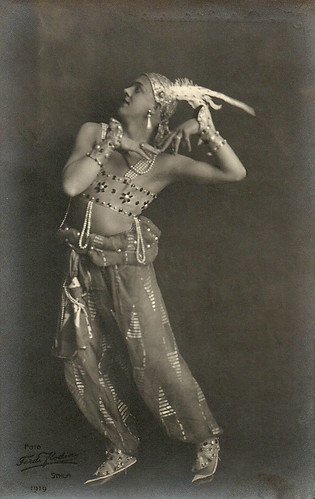 Swedish choreographer and dancer Jean Börlin (1893–1930) started as one of the most outstanding dancers of the Stockholm Opera and after meeting Mikhail Fokine, he became an international ballet star. He also appeared in three silent classics of the French cinema: Entr'acte (René Clair, 1924), L'inhumaine/The New Enchantment (Marcel L'Herbier, 1924) and Le voyage imaginaire/The Imaginary Voyage (René Clair, 1926). 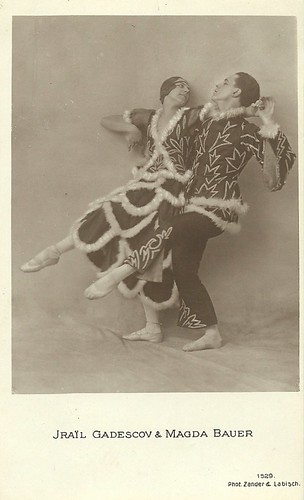 Iraïl Gadescov was the exotic stage name of the Dutch dancer Richard Vogelesang (1894-1970), who enjoyed an international career. During the 1920s he often performed together with German dancer Magda Bauer. In 1921, Gadescov danced in the German silent film Die Diktatur der Liebe. 1. Die böse Lust/The dictatorship of love I - The evil desire (Willy Zeyn, 1921), credited as Jrail Godescou. 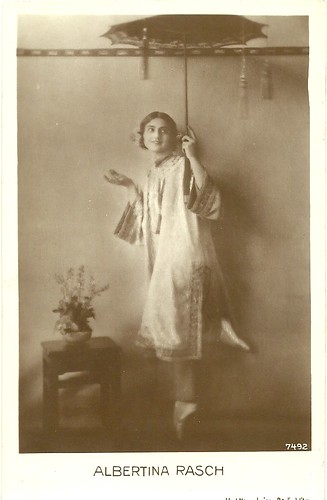 Albertina Rasch (1891-1967) was an Austrian-American dancer and choreographer. Rasch studied at the Vienna State Opera Ballet school and became leading ballerina at the New York Hippodrome in 1911. She formed her own dance troupe, starred in a number of Ziegfeld productions, appeared at the Moulin Rouge, performed with Josephine Baker, toured with Sarah Bernhardt, and opened a Manhattan dance studio (where Bill Robinson taught tap). She also appeared in a number of films, including the Austtrian films Zigeunerliebe/Gypsy Love (Thomas E. Walsh, 1922) and Frauenopfer/Dolores (Leo de Valery, 1923). Later she adapted her classical training and techniques for the Broadway theatre and films like The Merry Widow (Ernst Lubitsch, 1934) and Marie Antoinette (W.S. van Dyke, 1938).