Swiss character actress Annemarie Düringer passed away on 26 November 2014. She starred in several German war dramas and comedies of the 1950s, and also worked with directors like Claude Goretta and Rainer Werner Fassbinder during the 1970s and 1980s. She was 89. 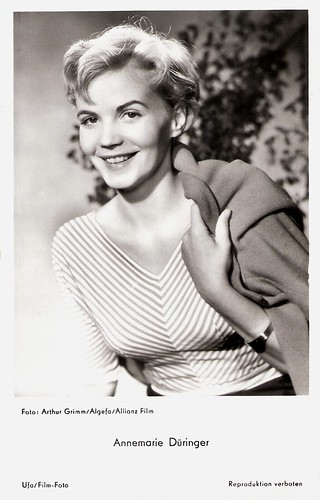 Her film debut, she made as the star in the romantic comedy Der Feldherrnhügel (Ernst Marischka, 1953) with Adrienne Gessner as her mother and Hans Holt as her handsome lieutenant.

In 1955, she starred opposite Wolfgang Preiss in Der 20. Juli/The Plot to Assassinate Hitler (Falk Harnack, 1955). It was followed by the British war drama Count Five and Die (Victor Vicas, 1957). She also played in the Heinz Rühmann comedy Der Lügner/The Liar (Ladislao Vajda, 1961).

Annemarie Düringer's later films include the Swiss crime drama Schatten der Engel/Shadow of Angels (Daniel Schmid, 1976), the French drama La Dentellière/The Lacemaker (Claude Goretta, 1977) as the mother of Pomme, played by Isabelle Huppert, and Rainer Werner Fassbinder's Sehnsucht der Veronika Voss/Veronika Voss (1982) in which she played a sinister doctor who addicts a former Ufa star (Rosa Zech) to morphine in order to gain control of the actress's money and property.

She received numerous awards, including the Decoration for Services to the Republic of Austria. Her final film was Lovely Louise (Bettina Oberli, 2013) in which she played an elderly diva who lives together with her taxi driver son (Stefan Kurt). 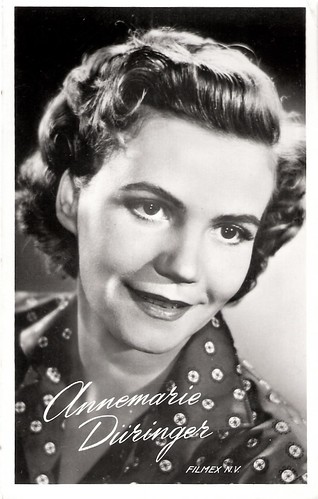 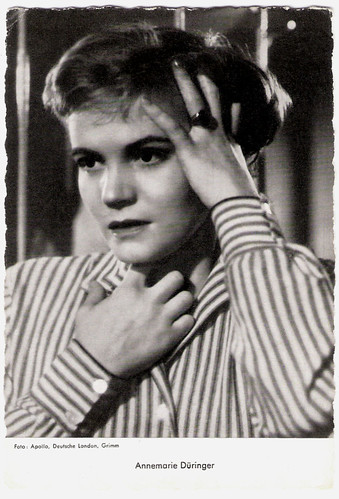