German actress Toni van Eyck (1910-1988) became a star playing a rape victim in the Aufklärungsfilm Gefahren der Liebe/Hazards of Love (1931). Despite this film success she stayed primarily a stage actress. 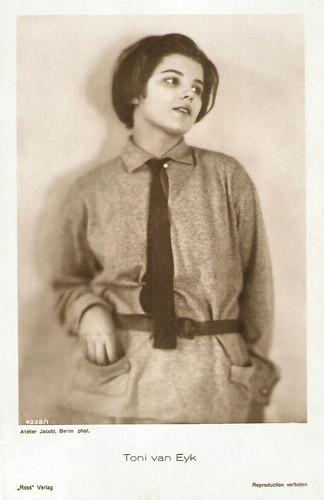 She took acting lessons at the Max-Reinhardt-Seminar in Wien (Vienna) and at the Otto-Falkenberg-Schule in München (Munich). At the age of 15 she already played at various Berlin stages, and convinced the critics with her performances.

She was discovered for the film in 1928 and appeared in the silent short Ins Blaue hinein/Into the Blue (Eugen Schüfftan, 1929) with Theo Lingen.

After a few more silent films, she became known with her leading role in the early Aufklärungsfilm (education film) Gefahren der Liebe/A Woman Branded (Eugen Thiele, 1931) opposite Hans Stüwe. She played a rape victim, who finally becomes a murderess. 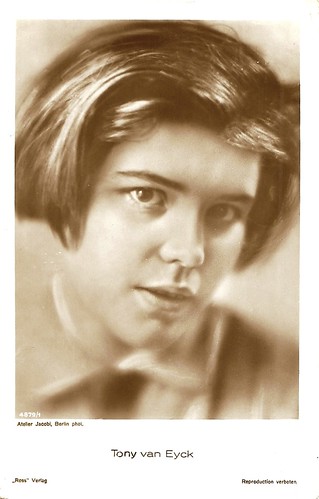 Appeal from the Ether


Despite these successful roles in the early 1930s, Toni van Eyck would stay a theatre actress primarily. From 1938 to 1942 she was part of the ensemble of the famous Burgtheater in Vienna.

After the war, she acted at the Salzburger Landestheater (Salzburg State Theater).

In 1950 she made her last film. She played a small part in the crime drama Ruf aus dem Äther/Appeal from the Ether (Georg C. Klaren, Georg Wilhelm Pabst, 1951) starring Oskar Werner.

Later she worked as a playwright for stage and radio. In 1955 she published her novel, Ein Mann namens Miller (A Man Named Miller). She also continued to appear on stage in guest appearances for a long time. 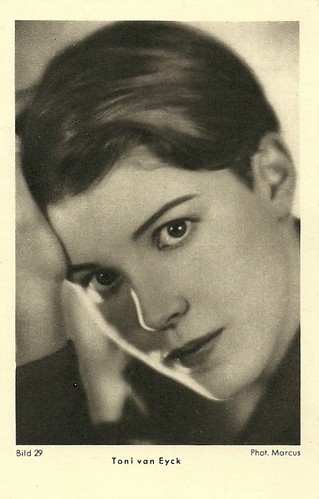 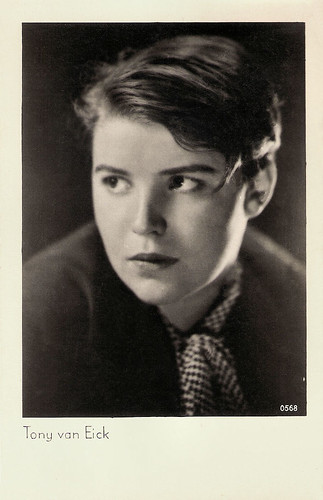