Tall, British actor Henry Edwards (1882-1952) was a famous star of the Hepworth studio in the silent period. He was also active as an innovative film producer and director. Between 1914 and 1952 he appeared in 81 films and directed 67 films. 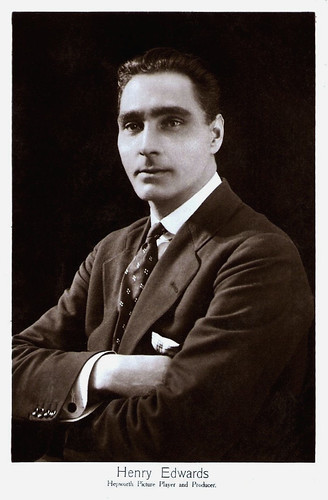 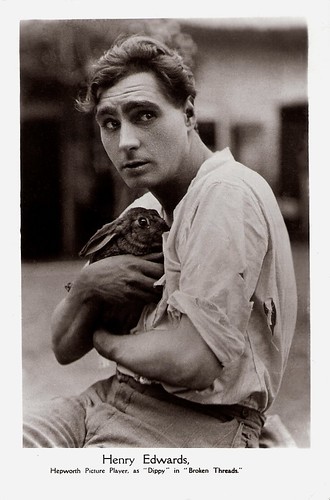 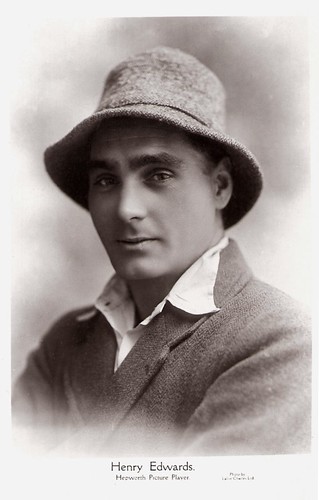 
Henry Edwards was born Arthur Harold Ethelbert Edwards in Weston-Super-Mare, England. Lured to the stage, he trod the boards for fifteen years as an actor, producer, and playwright. He began in 1900 in provincial theatres, graduated to London's West End in 1911, and in 1913 played opposite Ethel Barrymore in New York.

He made his first film appearance in 1914 with a small role in Clancarty (Harold M. Shaw, 1914). Under the guidance of producer/director Cecil Hepworth, Edwards became one of England's most popular leading men. The tall, tousled, sensitive actor repeated his stage role in the spy drama The Man Who Stayed at Home (Cecil M. Hepworth, 1915).

The Americans Larry Trimble and Florence Turner, based at Hepworth's Walton studios, quickly hired his services, initially as an actor and writer; his directing debut came with A Welsh Singer (Henry Edwards, 1915), adapted from a popular romantic novel. After East is East (Henry Edwards, 1916), Turner and Trimble returned to the States; Edwards then formally joined the Walton studio, generating much of its product along with Hepworth at a time when war service had thinned the company's ranks.

His most frequent leading lady was the blonde and lissom Chrissie White, whom he married in 1922. Celebrated as Britain's answer to Douglas Fairbanks and Mary Pickford, Edwards and White co-starred in 22 Hepworth dramas, playing everything from aristocrats to the ‘working poor’ with consummate artistry; unfortunately, only two of their features survive.

The series of films with Edwards and White flourished until financial woes brought down Hepworth's enterprise in 1924. Edwards proved himself as the noble and self-sacrificing hero in the stout-hearted adventure The Flag Lieutenant (Maurice Elvey, 1926), which was well-received. 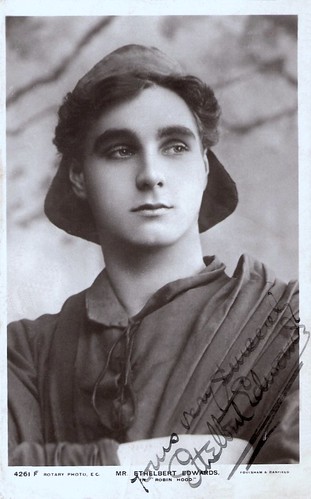 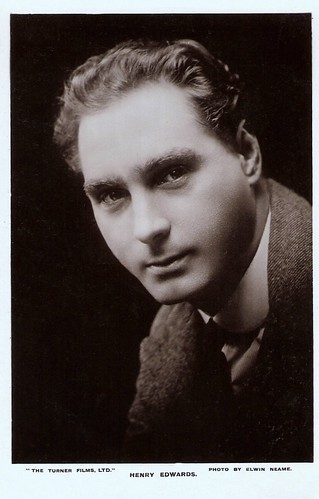 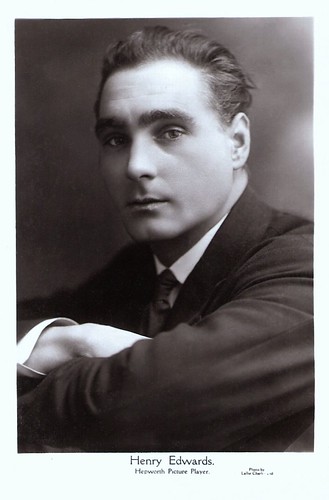 
During his stay with Hepworth, Henry Edwards was given the opportunity to direct. Geoff Brown and Bryony Dixon write in the Reference Guide to British and Irish Film Directors: "From the beginning, he explored new territory in British cinema, particularly in films based on his own original scenarios."

In the 1910s and 1920s, he helped to advance British cinema beyond its early concentration on physical action towards the subtleties of characterisation, feeling, and visual design required for the mature feature film. In 1923 Edwards' experiments with cinema narrative led him to mount an entire feature without using inter-titles. The result, Lily of the Alley, now seemingly a lost film, broke new ground in Britain, though contemporary comment suggests a brave attempt rather than a stylistic triumph.

After 1925 Edwards was best known for his directorial efforts like the Boris Karloff melodrama Juggernaut (1935) and the Sir Seymour Hicks version of Scrooge (1935). At the Venice Film Festival of 1936 he won a Special Recommendation for Scrooge.

Henry Edwards returned to acting in 1946, essaying small character roles in films like Green for Danger (Sidney Gilliat, 1946), Oliver Twist (David Lean, 1948) and the all-star The Magic Box (John Boulting, 1952). His last appearance was in The Long Memory (1952, Robert Hamer).

He died suddenly from a heart attack at his home in Chobham, Surrey, in 1952. Chrissie White lived in retirement until 1987. Their daughter, Henryetta Edwards, appeared in several films in the 1950s. Henry Edwards’ career papers have recently been donated to the BFI Special Collections. 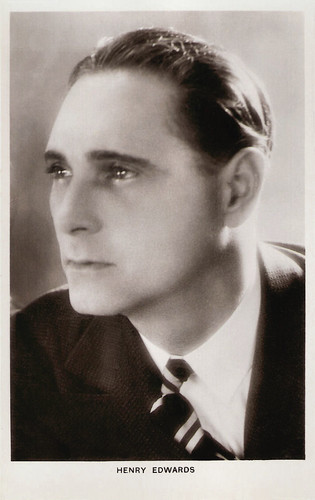 British postcard in the Picturegoer Series, London, no. 448. 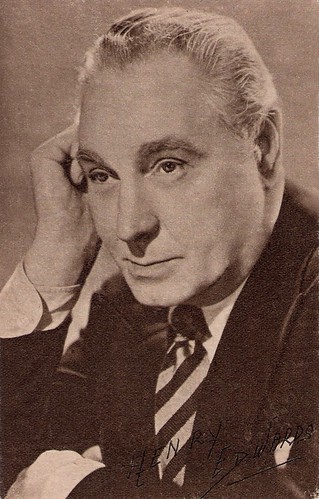