As a student, Jaecki Schwarz (1946) had his breakthrough with his lead role in the war film Ich war neunzehn/I was nineteen (Konrad Wolf, 1968). With his non-conventional acting style and his dry humour, he became a popular actor in dozens of DEFA films and East-German TV productions. 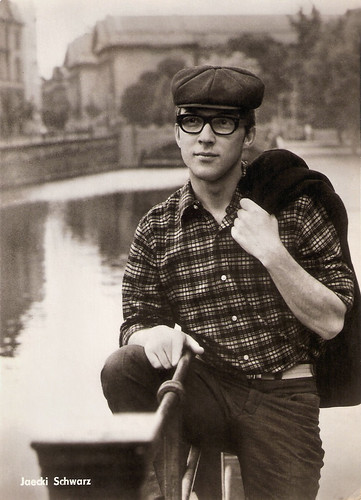 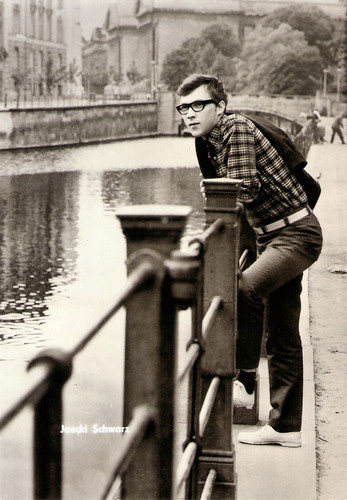 
Jaecki Schwarz was born in Berlin in 1946. He attended the Alexander von Humboldt high school in Berlin, and completed an apprenticeship as a photo chemical technician. Then he applied twice at various drama schools, but after the aptitude test he was rejected. On the third try he succeeded and between 1965 and 1969, he studied at the Konrad Wolf Academy of Film and Television in Potsdam-Babelsberg.

Still a student, he became famous when he starred in the DEFA film Ich war neunzehn/I was nineteen (Konrad Wolf, 1968). In this film, Schwarz plays a young German, Gregor Hecker, who when he was eight fled the Nazis with his parents to Moscow. In early 1945, he returns to Germany as a lieutenant in the Red Army and is confronted with the dilemma of having to fight men from the very country he was born in. The film depicts the personal experiences of the director Konrad Wolf and of his friend Vladimir Gall in fictionalised form and deals with themes of the meaning of ‘homeland’.

William Shackleford at IMDb: “The intent of the movie, made in the GDR at a time when they were barraged with propaganda trying to make them believe that Russians were their friends, is obvious. Nevertheless, I did enjoy watching it, because even propaganda can be interesting for what it is.”

He also became also a busy theatre actor and played on the stages of the City theatre of Magdeburg (1969-1974), the Berliner Ensemble (1974-1997) and at the Maxim Gorki Theater in Berlin. However, Schwarz appeared particularly in countless television films. 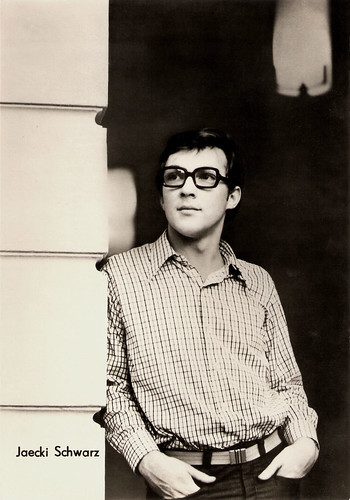 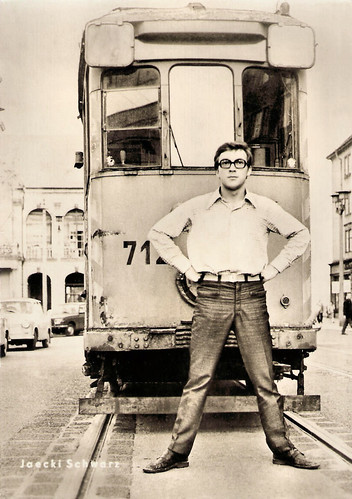 During the following decades he played supporting parts in films, e.g. in Bürgschaft für ein Jahr/Guarantee for one year (Herrmann Zschoche, 1981), the comedy Märkische Forschungen/Exploring the Brandenburg Marches (Roland Gräf, 1982), the family film Hasenherz/Rabbit heart (Gunter Friedrich, 1988) and the road movie Burning Life (Peter Welz, 1994) with Maria Schrader, but he worked more and more for TV.

After the fall of the Berlin Wall in 1989, Schwarz easily continued his television career. From 1996 on, he played police chief Herbert Schmücke in the long-running Krimi series Polizeiruf 110/Police Call 110. The series was originally created in the GDR as a counterpart to the West German Krimi series Tatort, and quickly became a public favourite. Schwarz’s 50th and final case in the series was broadcast on 3 March 2013. In the ZDF series Ein starkes Team/A strong team (1994-), Schwarz plays the supporting role of Sputnik.

In 2004, Schwarz officially announced that he is gay. Schwarz is one of the members of the Board of Trustees of the Initiative Queer Nations. In addition, he serves as a honorary ambassador of a Children's Foundation Hospice Central. in Tambach-Dietharz.

Jaecki Schwarz has appeared in more than 120 films and TV productions. He lives in Berlin. 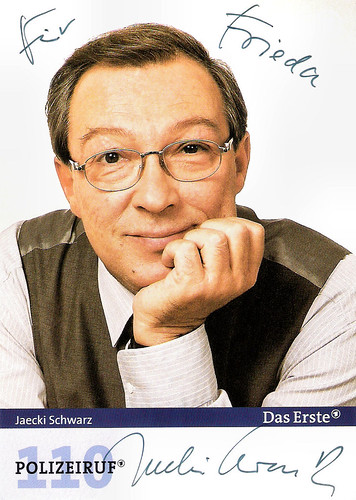 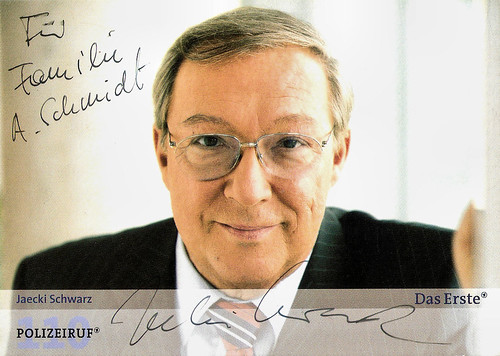