Maria Widal started her career in the silent Danish cinema, credited as Luzzy Werren. In 1916, director Urban Gad built her up as a star for the German cinema and he directed nearly all her German films. She made her last film in 1920. 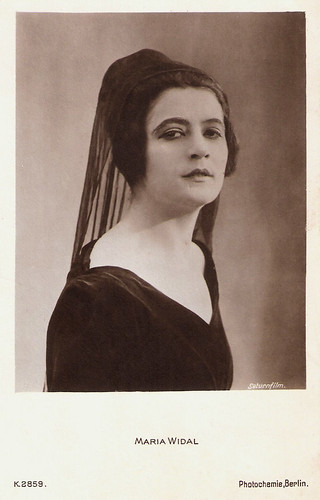 In 1914, she started her career as a film actress in Denmark, where she made 17 silent films. In Danmark she was known as Luzzy Werne or Luzzy Werren.

She made her film debut with a small role as an adventurer in Under Vampyrens Kløer/In the claws of the vampire (1914). She also appeared in the Danish comedy Man skal ikke skue Hunden paa Haarene (Sofus Wolder, 1914) for the Nordisk Film Kompagni.

The following years, she made with director Aage Brandt such dramas as Skyldig - ikke skyldig/Guilty - not guilty (Aage Brandt, 1915) and Karfunkeldronningen/Carbuncle Queen (Aage Brandt, 1916) for the Filmfabrikken Skandinavien. 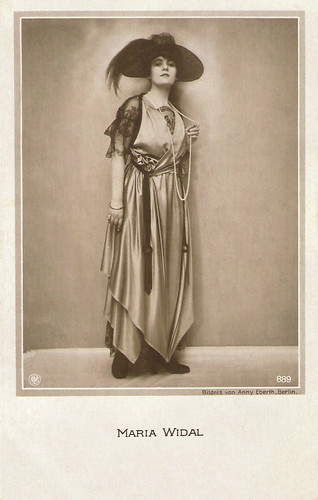 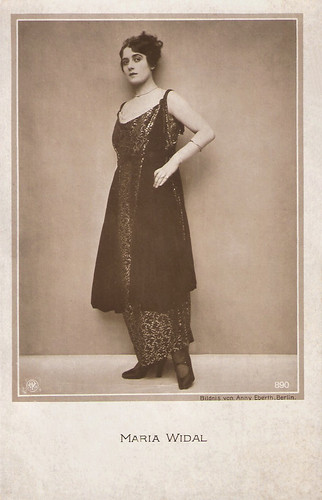 
In 1916, actress Maria Widal was built up by director Urban Gad as a new film star for the German cinema.

She made her German film debut for Saturn-Film in the German-Danish coproduction Der rote Streifen/The red stripe (Urban Gad, 1916) with Ernst Hofmann.

We could not find more information about Maria Widal. Any suggestions? 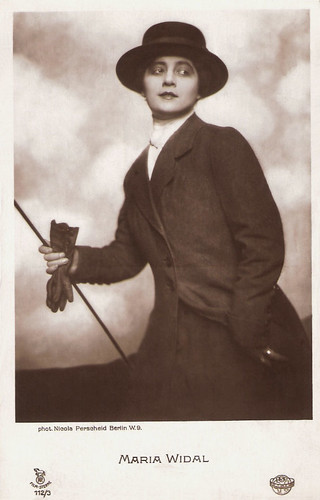