Handsome and talented actor Jorge Mistral (1920-1972) became a star in Spanish films during the 1940s. In the 1950s, he lived and worked in México and appeared in Luis Buñuel's Abismos de pasión/Wuthering Heights (1954). Later, in the 1960s, he directed three films. 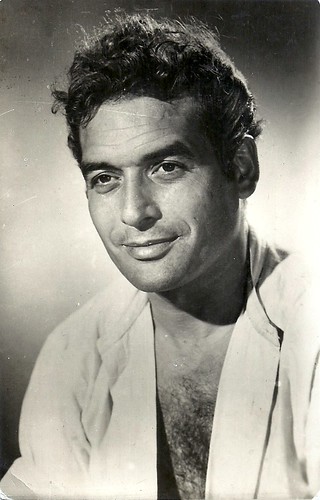 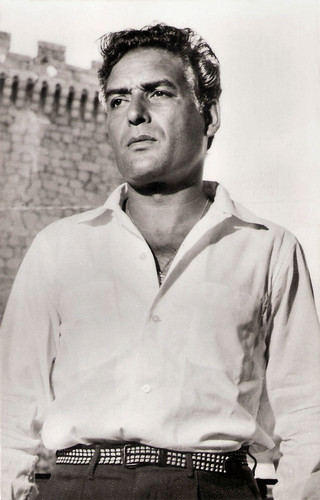 Spanish postcard by Soberanas, Barna, no. 263.

Look handsome and be sympathetic


Jorge Mistral was born Modesto Llosas Rosell in 1920 in Aldaya, Spain. His father was from Puerto Rico and his mother from Catalonia. Since childhood Jorge was interested in artistic activities. In 1943, he abandoned his law studies and began to work in the theatre company of Enrique Borrás, at the time one of the most prestigious Spanish-speaking actors.

A year later he made his film debut in La llamada del mar/Call of the Sea (José Gaspar, 1944). The film nor his performance impressed anyone. The next years he studied alongside renowned actors, and his talent and good looks lead him to success.

Mistral became a star in films produced by Spain's largest studio Cifesa. His breakthrough was Misión blanca/White Mission (Juan de Orduña, 1946) in which he co-starred with Manuel Luna and Fernando Rey. The film, about a religious mission in the Spanish Empire was shot on location in Spanish Guinea and in a Spanish studio.

In 1948 he appeared the historical drama in Locura de amor/Madness for Love (Juan de Orduña, 1948) with Aurora Batista, Fernando Rey and Sara Montiel. The film tells the story of Queen Joanna of Castile (Batista), known as ‘Juana la loca’, and her husband Philip I of Castile (Rey), also known as ‘Philip the handsome’.

At IMDb, Ignacio Martinez-Ybor reviews: “This movie was part of a propaganda effort of the Franco regime to extol the ‘traditional’ values of the ‘true’ Spain ..... by true is meant nationalistic, non-foreign characters in the plot, the archvillains being the Flemish allies of the King and the moorish girl played by a very young Sarita Montiel. (…) As merely a movie, Locura de Amor is quite engaging, in a compressed telenovela sort of way (…) Jorge Mistral played handsomely and sympathetically a part which required him to look handsome and be sympathetic.” 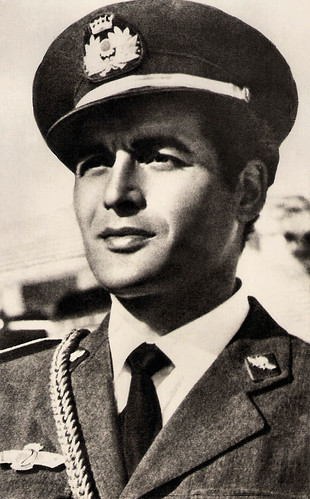 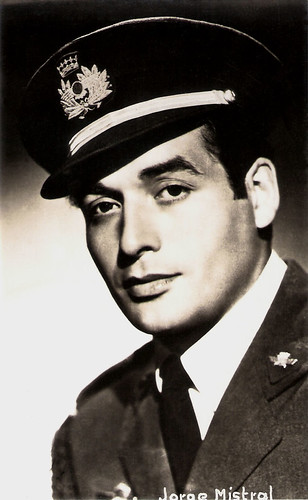 
From the 1950s on, Jorge Mistral also worked in Cuba and Argentine. Later he often worked México, which became his second homeland. There, Mistral achieved enormous popularity opposite Gloria Marin in the classic tearjerker El derecho de nacer/The right to be born (Zacarías Gómez Urquiza, 1952), an unprecedented blockbuster in Mexico.

One of his best known Mexican films is Luis Buñuel's Abismos de pasión/Wuthering Heights (1953), based on the Emily Brontë novel Wuthering Heights. The film starred Irasema Dilián and Mistral as the Cathy and Heathcliff characters.

Gabriela Zayas at IMDb: “Buñuel's genius operates the miracle, aided by his excellent cast and team. This is the one version that captures the roots of Cathy's and Heathcliff's deep and contradictory emotions, the passions, the love and hate they shared and suffered, being all of them doomed to be unhappy in this world and hoping to be redeemed and united in the other. Placed in Mexico, black and white excellent photography, with a believable and intense cast, and a passionate, yet sometimes ironic direction.”

Mistral had a supporting part as the lazy fisherman lover of Sophia Loren in the Hollywood production Boy on a Dolphin (Jean Negulesco, 1957), set in Greece. The romantic film is noteworthy as Loren's English language debut, and also starred Alan Ladd and Clifton Webb.

In Spain he starred in La venganza/Vengeance (Juan Antonio Bardem, 1958) with Carmen Sevilla and Raf Vallone. La venganza was shown at the 1958 Cannes Film Festival and was nominated for the Academy Award for Best Foreign Language Film. But the film was not released in Spain under General Franco until the following year and had serious troubles with the fascist censorship. Director Bardem even went to prison which caused an international scandal. 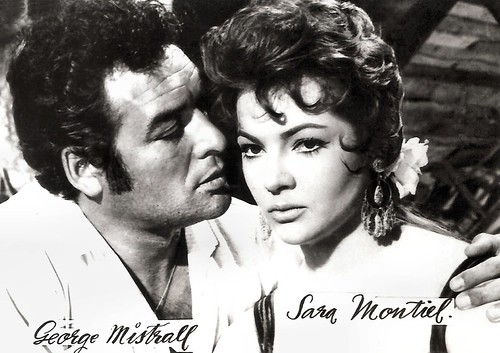 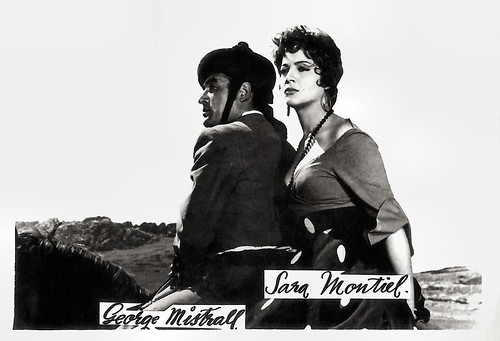 Suicide with a gunshot


Jorge Mistral co-starred with Sara Montiel and Maurice Ronet in the Spanish historical adventure film Carmen la de Ronda/A Girl Against Napoleon (Tulio Demicheli, 1959). The film was loosely based on the story of Prosper Mérimée's Carmen, with the setting changed to the Peninsular War era. Carmen is here involved with the Guerilla's fighting against the French occupation.

During the 1960s, Mistral’s film parts became smaller. He played a supporting part in the Mexican drama Juana Gallo (Miguel Zacarías, 1961), which was entered into the 2nd Moscow International Film Festival. In Argentine he appeared in the drama Bajo un mismo rostro/Under the Same Skin (Daniel Tinayre, 1962).

Although he kept playing in films and TV series, his efforts were less prominent than in the 1940s and 1950s. His final film appearance was a small part in the Mexican crime-comedy Diamantes, oro, y amor/Diamonds, gold and love (Juan Manuel Torres, 1973).

Mistral married three times. In Argentine he married Olga Marchetti, with whom he had a daughter who died a few days after her birth. He also married Cristina Ruiz Cano and Graciela Dufau, but all his marriages ended in a divorce.

In 1972, Jorge Mistral committed suicide with a gunshot. He was only 51, when he died in Mexico City.

In his blog El Lado Oscuro de Hollywood, Jesús Iglesias Lerroux notes that just a few days before his death Mistral had served as a reciter in several nightclubs in Mexico City. The critics and audiences applauded him in his new role, but Mistral had only done it for the money. Debt-ridden, prematurely old-looking, ill and alone, Mistral had not considered his life worth to live any longer. His death was deeply felt in the Spanish-speaking countries. 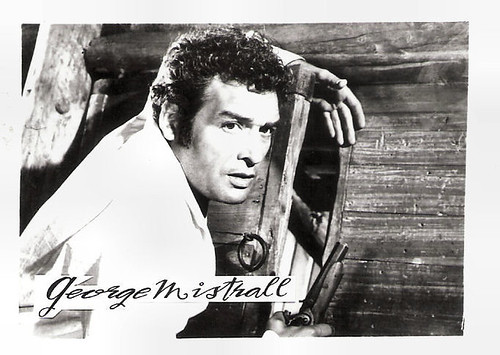 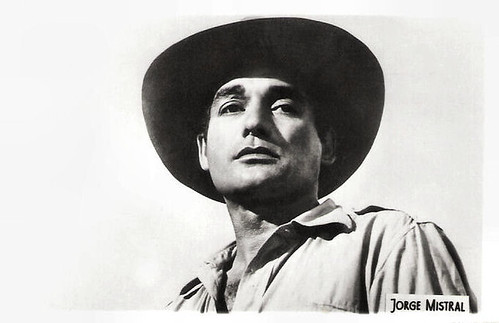