Last Sunday, French actor Michel Galabru has died. He appeared in more than 250 films and worked with such directors as Bertrand Blier, Costa-Gavras, Luc Besson and Jean-Luc Godard. He is probably best known for his comedies with Louis de Funès. 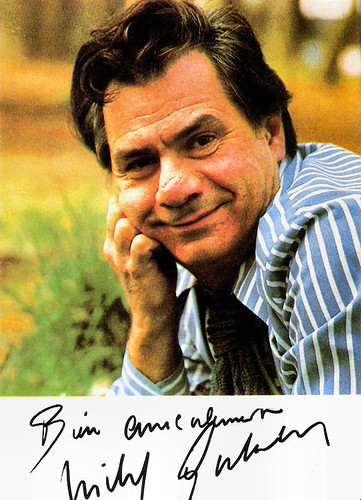 
Michel Louis Edmond Galabru was born in Safi, French Protectorate of Morocco (now Morocco) in 1922. He spent the first seven years of his life in Safi, where his engineer father was involved in the construction of the port city. Later, he studied at the Conservatoire national d'art dramatique in Paris.

In 1962, he played in the classic film La Guerre des boutons/War of the Buttons (Yves Robert, 1962) about two rival kid gangs whose playful combats escalate into violence. Galabru appears as the father of one of the kids.

The following year, he appeared with Michel Serrault and Louis de Funès in the comedy Nous irons à Deauville/We Will Go to Deauville (Francis Rigaud, 1963).

In all these films, Galabru played command sergeant major Gerber. He also appeared in other comedies with De Funès, such as Le Petit Baigneur/The Little Bather (Robert Dhéry, 1968) and Jo/Joe: The Busy Body (Jean Girault, 1972). 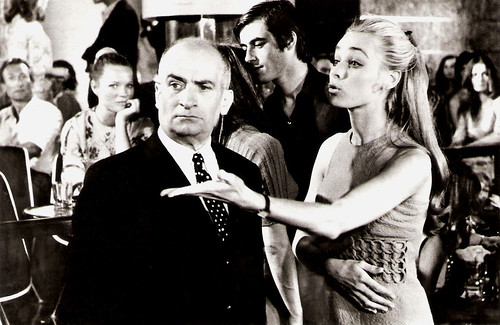 
Michel Galabru appeared during his career in more than 250 films. In 1977, Galabru received a César for Best Actor for his portrayal of mass murderer Joseph Bouvier in Bertrand Tavernier's Le Juge et l'assassin/The Judge and the Assassin (1976) opposite Philippe Noiret.

He also worked with such prominent directors as Costa-Gavras for Section special/Special Section (1975), Bertrand Blier for Notre histoire/Our Story (1984), Luc Besson for Subway (1985), and Jean-Luc Godard for Soigne ta droite/Keep Your Right Up (1987).

His later films include the drama Mon Homme/My Man (Bertrand Blier, 1996) with Anouk Grinberg, and Astérix & Obélix contre César/Asterix & Obelix Take On Caesar (Claude Zidi, 1999), the first feature of what went on to become a series of live-action films based on Goscinny and Uderzo's Astérix comics.

He also appeared in the drama Un poison violent/Love Like Poison (Katell Quillévéré, 2010) starring Clara Augarde and Lio. It won the Prix Jean Vigo in 2010.

Michel Galabru died on 4 January 2016 in Paris of natural causes. He was married twice and had four children, including actress Emmanuelle Galabru. At the time of his death he was involved in several new film projects, including Ouvert la nuit (Edouard Baer, 2016) in which he co-stars with Audrey Tatou.

RIP. He was very funny in La Cage