On 19 January, British actress Sheila Sim (1922-2016) passed away, aged 93. She was the wife of the actor and director Richard Attenborough. As an actress she was mainly active in the 1940s and 1950s. She appeared in the Powell and Pressburger film, A Canterbury Tale (1944) and in 1952 she co-starred with her husband in the original cast of The Mousetrap by Agatha Christie, now the longest-running play ever. 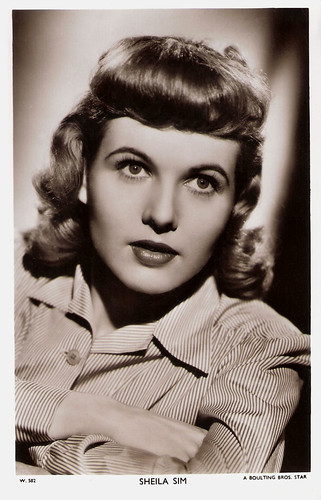 
Sheila Beryl Grant Sim was born in Liverpool, Lancashire, in 1922 and later educated at Croydon high school. She started work in a bank, but soon came to the conclusion that the routine was not for her. Instead she spent two years training as an actor at Royal Academy of Dramatic Art (RADA) in London, where she met her future husband, Richard Attenborough.

Her first stage appearance, in 1942, was at the Intimate theatre, Palmers Green, in Ivor Novello’s Fresh Fields. She remained with the theatre’s repertory company for six months, then went to the small but fashionable Q theatre at the end of Kew Bridge for another six months, after which she toured with Noël Coward’s This Happy Breed and the drama Landslide. She was in Landslide at the Westminster theatre in London in 1943, and played the lead in the domestic comedy To Dorothy a Son.

Sim made her film debut in Michael Powell and Emeric Pressburger’s memorable A Canterbury Tale (1944), a modern propaganda adaptation of the Chaucer story, in which a treacherous wartime magistrate is brought to book by a land girl, a British army sergeant and an American serviceman. She drew on her own experience for the role of the land girl, having volunteered in 1940 to work for the Women’s Land Army at harvest time, when she was posted to a farm near Hereford.

The following year Sim played a leading role in an RKO film, Great Day (Lance Comfort, 1945), starring Eric Portman and Flora Robson. The story is about a village thrown into turmoil by an impending visit from Eleanor Roosevelt. Sim also had a part in Journey Together, a wartime training drama made by the RAF Film Unit. Attenborough was also in the cast, and they were married at the start of the year.

Sim made her television debut in 1946 in a series of plays, and was also in demand for radio work. She appeared in the film The Guinea Pig/The Outsider (Roy Boulting, 1948), in which Attenborough played a working-class boy at a private school, and she was signed up by J. Arthur Rank, then the major if not always the most imaginative of British film producers. Sim and Attenborough also worked together in Dancing With Crime (John Paddy Carstairs, 1947) and The Magic Box (John Boulting, 1951) with Robert Donat. She had a prominent part in the fantasy Pandora and the Flying Dutchman (Albert Lewin, 1951), starring Ava Gardner as a nightclub singer and James Mason as a drifter in a Spanish fishing village. 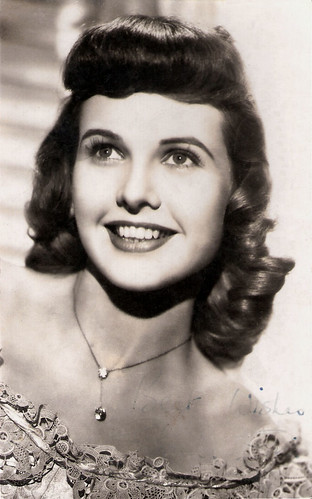 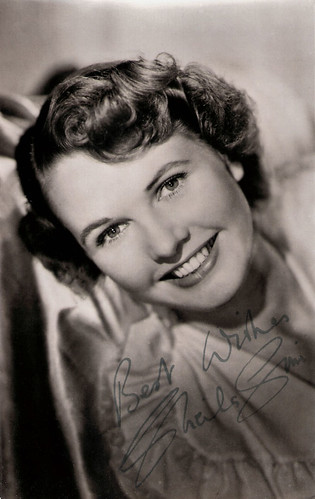 The world’s longest initial run of a play


When Agatha Christie’s murder mystery play The Mousetrap opened in London in 1952, Sheila Sim had doubts about its ability to last for six months, describes Dennis Barker in The Guardian. "But the fact that she could wait until just before its 50th anniversary before publicly confessing those doubts, at a lunch at the Savoy hotel with 300 other actors who had appeared in the play, showed them to be unfounded.

By then it had long passed its 20,000th performance, and it is still going strong, as the world’s longest initial run of a play. Through starring as Mollie Ralston, owner of the snowed-in Monkswell Manor, Sim set the seal on her growing reputation as an actor. Her husband, Richard Attenborough, co-starred in the play as Detective Sergeant Trotter, who arrives on a pair of skis, and the couple took a 10% profit share. This continued to serve them very well, Attenborough eventually selling it only when trying to keep the production of his 1982 film Gandhi afloat."

In the cinema she starred in the adventure film West of Zanzibar (Harry Watt, 1954) with Anthony Steel, and Sim’s final film credit was The Night My Number Came Up (Leslie Norman, 1955) with Michael Redgrave.

She retired to look after her three children. From 1956, the family lived comfortably in Richmond upon Thames, south-west London. In 1968, Sim was sworn in as a magistrate in Surbiton, joining the Richmond bench. She was also an enthusiastic member of the Richmond Society, the amenity group that contributed to the thinking behind the restoration and redevelopment of the banks of the Thames at Richmond.

In 2004, her daughter Jane and granddaughter Lucy were killed by the Indian Ocean tsunami while on holiday in Thailand. In 2012, it was announced that Sim had been diagnosed with senile dementia. Richard Attenborough died in 2014. Sim and Attenborough had been married for nearly 70 years.

Sheila Sim’s death was announced on 19 January 2016. She is survived by her children Michael Attenborough, a director, and Charlotte Attenborough, who works as an actress.