Handsome French singer André Dassary (1912-1987) was a star of the French operetta and made several popular records. The ‘tenor with the golden voice’ also performed in some films. 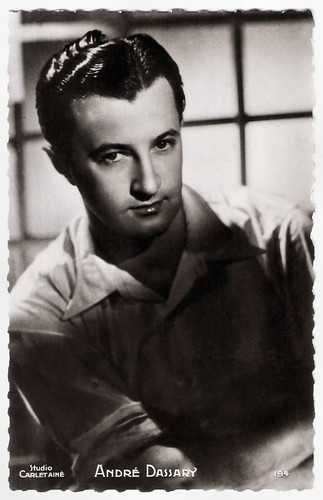 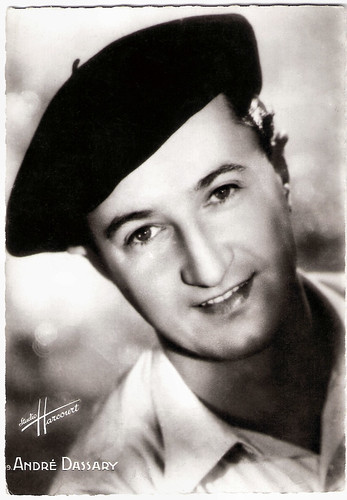 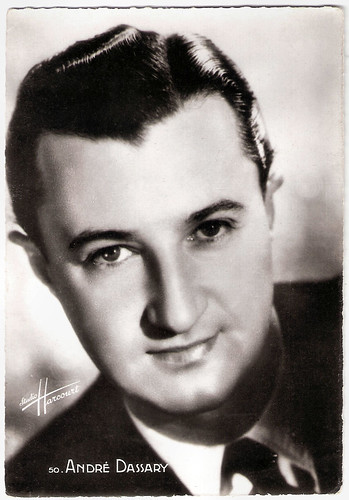 Notoriety under the Occupation

André Dassary was born as André Deyhérassary in Biarritz, France, in 1912. After his secondary education at St. Genesius school in Bordeaux, he developed a passion for sport and became a professional masseur. In this capacity, he accompanied the French team at the student Olympics of 1937.

He studied at the Bordeaux Conservatory where he won the first prize for singing, operetta and comic opera. Still a student, he made his radio debut in 1938.

He was spotted by Fred Pasquali who offered him a part in the operetta Le Roi du cirque (King of the circus, 1938), composed by Kalman. Dassary refused, but still Pasquali introduced him to orchestra leader Ray Ventura.

There he started his career and also made his film debut with Ventura. In the Ventura musical Tourbillon de Paris/Whirlwind of Paris (Henri Diamant-Berger, 1939), he played a student. In 1943, he also performed in the Ventura musical, Feux de joie/Bonfires (Jacques Houssin, 1943), with René Lefèvre.

With the orchestras of Ventura, Marcel Cariven and Wal-Berg, he made several popular records during the 1930s and 1940s.

Dassary was a captive in Germany at the start of World War II. He was released and achieved notoriety under the Occupation, especially for a song to the glory of Marshal Pétain, Maréchal, nous voilà! (Marshal we come!). This song became emblematic for the Vichy regime. 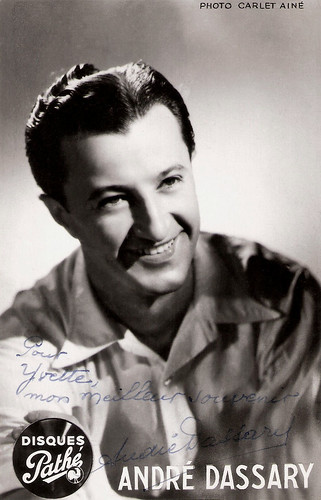 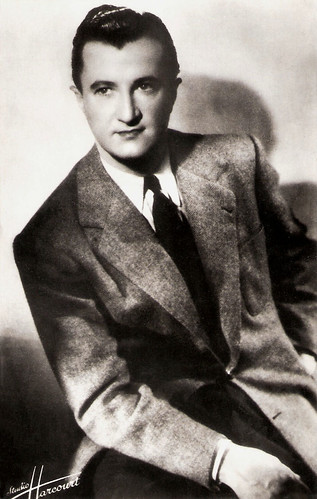 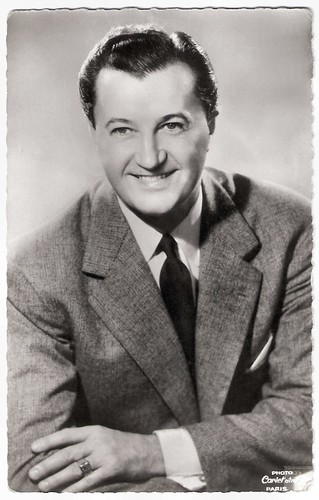 After the war, André Dassary was criticized for his behaviour during the occupation, although his popularity had not waned.

Among his successes is especially notable Ramuntcho (1944), a song by Vincent Scotto and John Rodor.

Dassary would also star in a film around the song, Le mariage de Ramuntcho/The Marriage of Ramuntcho (Max de Vaucorbeil, 1947), with Gaby Sylvia. It was also notable because it was the first French film in colour. He then appeared in the musical Paris chante toujours!/Paris Still Sings! (Pierre Montazel, 1951).

In 1946, the handsome, athletic Dassary directed his career towards the operetta and appeared in an almost tailor-made role as the lead in L'ingénue de Londres (The young lover in London). Then he performed in his finest creation, Chanson Gitane (Gypsy Song), which was performed over a thousand times, in France and abroad.

He also starred in the operetta La Toison d'or (The Golden Fleece, 1954) by Francis Lopez and Raymond Vincy at the Théâtre du Châtelet. Many operettas and other performances followed. Later, he recorded Basque folklore inspired songs with Raymond Legrand's Orchestra, the father of Michel Legrand.

André Dassary continued performing till he retired in 1970. Dassary died in Paris in 1987. He is the father of the actress Evelyn Dandry. 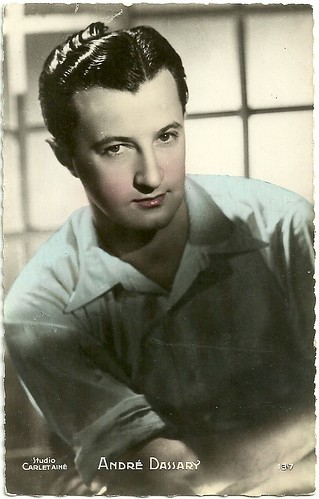