Russian actress Izolda Izvitskaya (1932-1971) was a shining star of the Soviet cinema in the late 1950s. In 1971 she died tragically of cold and starvation, a forgotten alcoholic. 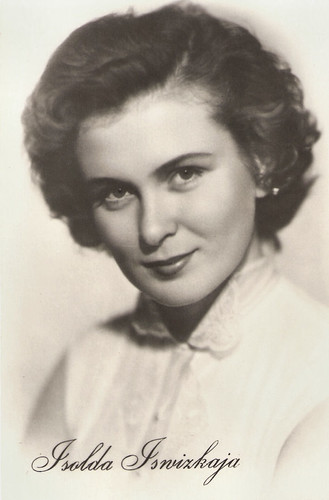 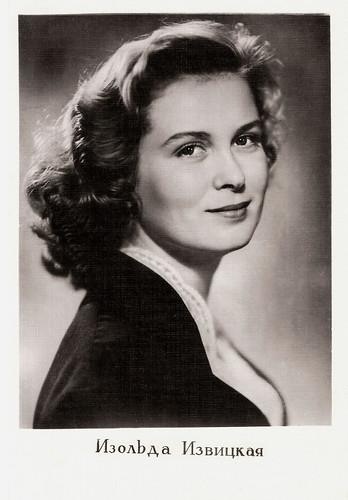 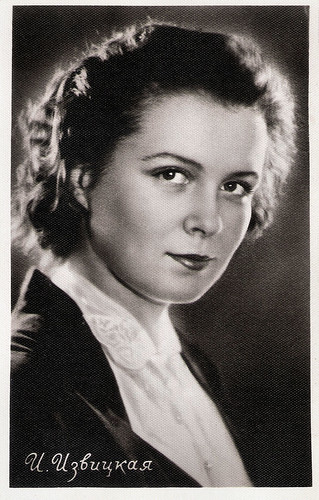 Izolda Vasilyevna Izvitskaya (Russian: Изольда Васильевна Извицкая) was born in the small town of Dzerzhinsk, Soviet Union (now Nizhny Novgorod Oblast, Russia) in 1932. Her father was a chemist, her mother a teacher.

In the summer of 1950 - right after high school, she was accepted to the VGIK (All-Union State Institute of Cinematography). She was given parts in several films while still a student.

After graduating from the VGIK in 1955, the graceful Izvitskaya was chosen by director Grigori Chukhray for the lead of a wild and violent red army sharpshooter in Sorok Pervyy/The Forty-First (Grigori Chukhray, 1956) opposite popular actor Oleg Strizhenov.

At AllMovie, Hal Erickson writes: "Sorok Pervy was a typically patriotic Soviet entry in the 1957 Cannes Film Festival. The story focuses in on Isolda Izvitskaya, cast as a courageous Revolution-era female sharpshooter. While escorting a male White Russian prisoner back to her own lines, Isolda and her captive are marooned on a desert island. Predictably, a romance blossoms between the two former enemies. Unpredictably, Isolda is forced to make a daunting sacrifice to rescue her lover from punishment at the hands of the Czarists."

The film was based on the novel by Boris Lavrenyev, previously filmed in 1928 by Yakov Protazanov. The patriotic epic was very successful all over Russia. In Cannes it got the Prix spécial du jury à Cannes (the Special Jury Prize). Izolda Izvitskaya herself also got a very good reception in France. In Paris, a new cafe was even named after her, Isolde.

In her next film Pervyy eshelon/The First Echelon (Mikhail Kalatozov, 1957) she was one of a group of young enthusiasts, that arrives in a steppe district of Kazakhstan to develop the virgin land. They have to survive severe frosts, overcome spring mudflows and live in uncomfortable conditions. But finally they form an advanced collective farm and settle their private lives. At this film she worked with fer future husband, Eduard Bredun. 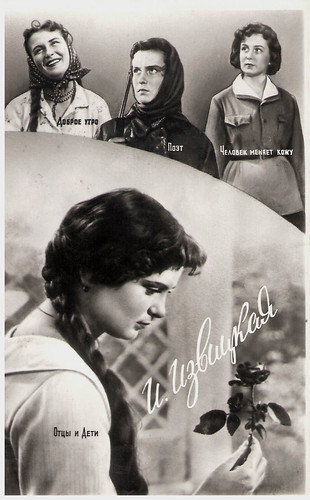 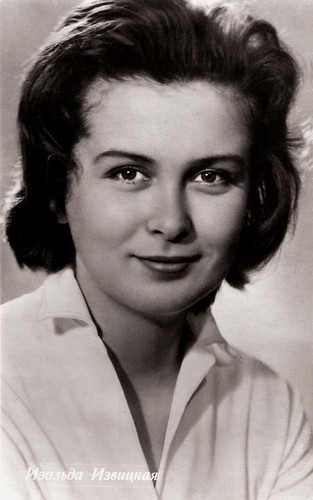 Russian postcard by Izdanije Byuro Propogandy Sovietskogo Kinoiskusstva, no. 55454, 1963. This postcard was printed in an edition of 150.000 cards. The retail price was 8 kop. 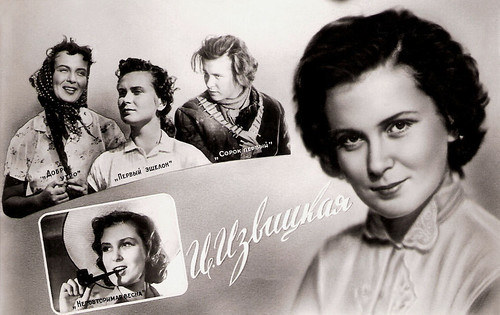 Izolda Izvitskaya was made a member of the Association for Cultural Relations with Latin American countries which gave her an opportunity to travel outside of the USSR. In a short time she visited Paris, Brussels, Vienna, Budapest, Warsaw, Buenos Aires and other cities.

However, none of them was on the level of Sorok Pervy. Izvitskaya was getting depressed. Her husband, actor Eduard Bredun, started ‘helping’ her to solve her problems with alcohol. She made several more attempts to work in films but parts were getting smaller and more scarce.

Her last film was the romance Kazhdyy vecher v odinnadtsat/Every evening after eleven (Samson Samsonov, 1969) starring Margarita Volodina and Mikhail Nozhkin. In 1971 her husband left her. She had a nervous breakdown and locked herself up in her apartment in Moscow.

In 1 March, 1971, Izvitskaya was found dead at her home in Moscow which was empty of any food. Her husband insisted that the obituary state ‘poisoning with an unknown substance’ as the cause of death but according the BBC Russian service she died of cold and starvation. Izolda Izvitskaya was only 38, when she passed away. 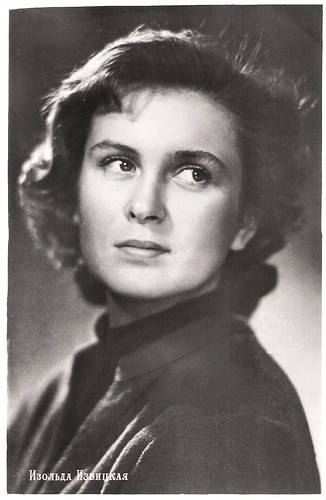 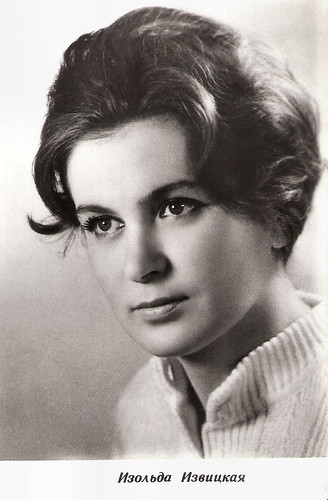 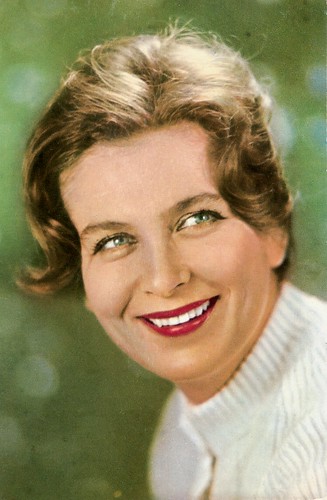 Russian postcard by Izdanije Byuro Propogandy Sovietskogo Kinoiskusstva, no. A 09465, 1965. Photo: Ter-Ovanesova. This postcard was printed in an edition of 200.000 cards. The price was 8 kop.

Thank you for stopping by! I really do appreciate your taking the time to leave a comment...I read each and everyone of them. I hope your day is a good one and that you will come back again soon. Take care. Nelson Souzza :)