Elena Lunda (1901-1947) was an Italian actress who acted in some 35 silent Italian and German films. She was briefly married to actor Alfredo Bertone. 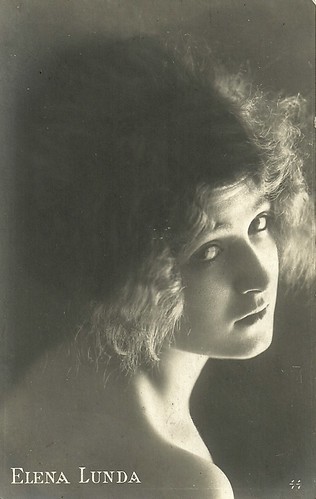 
Elena Lunda was born in 1901 in Palermo, Sicily. She debuted at a young age at the film company Do.Re.Mi. by Lucio D'Ambra in 1919. Her first film there was Passa il drama il Lilliput/Skip the drama in Lilliput (Lucio D'Ambra, 1919), with Romano Calo’.

Soon she shifted to the Cines company for various films. She acted in all kinds of modest film productions in the early 1920s, in which she often had the lead. She was the antagonist of Francesca Bertini in La sfinge/The Sphinx (Roberto Roberti, 1920), Anima selvaggia/Wild Soul (dir. unknown, 1920), Fatale bellezza/Fatal Beauty (Gaston Ravel, 1922) and Oltre la legge/Beyond the law (Gaston Ravel, 1923).

When the crisis in the Italian film industry started, she moved to Germany. There she played from 1923 in films with often Italian leads, such as Bohème - Künstlerliebe/La Boheme (Gennaro Righelli, 1923), starring Maria Jacobini as Mimi and Lunda as Musette.

With Angelo Ferrari she acted in Der Racher von Davos/The Avenger of Davos (1924), and with Luciano Albertini in the circus drama Der Mann auf dem Kometen/The Man on the Comet (Alfred Halm, 1925). 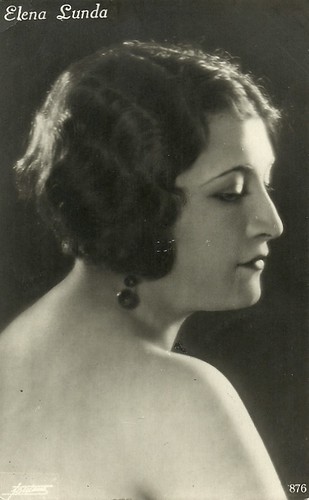 After these German films Lunda returned to Italy to act in films by producer Stefano Pittaluga. First she appeared in Il gigante delle Dolomiti/The Giant of the Dolomites (Guido Brignone, 1927), starring Bartolomeo Pagano as Maciste, this time a mountain guide in the Alps.

After the short I martiri d’Italia/The martyrs of Italy (1927), Lunda acted in Gli ultimi zar/The Last Tsars (Baldassarre Negroni, 1928), with again Pagano as Maciste. Her last performance was in La compagnia dei matti/Company and the Crazy (Mario Almirante, 1928), in which a young Vittorio De Sica had a part.

Elena Lunda died in 1947 in Rome, only 46. She and Alfredo Bertone had two daughters. 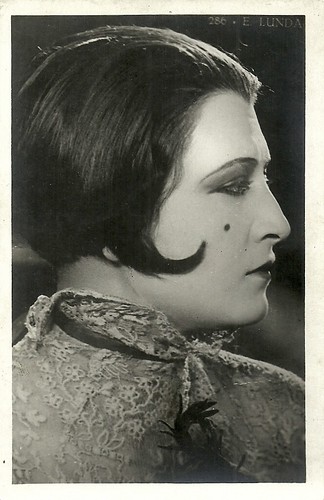