Marga Barbu also known as Margareta-Yvonne Barbu (1929-2009) was a Romanian stage and film actress. She became a star with the historical adventure film Haiducii/Outlaws (Dinu Cocea, 1966) and appeared in many Romanian features and TV films of the 1960s and 1970s. 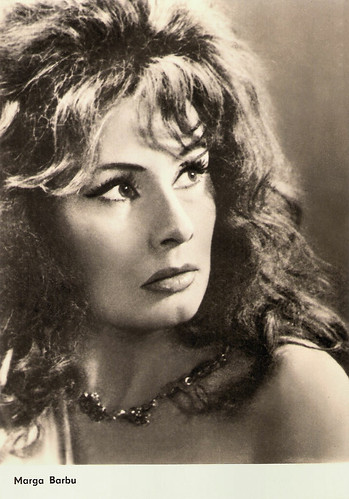 A Page of modern Romanian history


Marga Barbu was born as Margareta-Yvonne Butuc in 1929 in Ocna Şugatag, Romania. When she was 14, her family moved to Romania’s capital, Bucharest. Marga’s first great love was dancing and she would have done anything to follow her mother’s footsteps, who had been a ballerina in Vienna.

Marga was hired by the Romanian Opera, but the medical test relevealed she had a heart condition, which made her drop the idea of a dance career. After following various classes in acting, dance and philosophy, she ultimately choose for acting. In 1950 she graduated from the Theatre Institute in Bucharest.

She made her film debut in Nepotii gornistului/The Bugler's Grandsons (Dinu Negreanu, 1953), with her later husband Constantin Codrescu and Iurie Darie. In the following years, she appeared in Romanian films like Rasare soarele/The Sun Rises (Dinu Negreanu, 1954) again with Codrescu and Darie, and the war film Vultur 101/Eagle 101 (Andrei Calarasu, 1957) with Ion Besoiu.

After an intermission of several years, she returned to the cinema with Procesul alb/White Trial (Iulian Mihu, 1965), written by her then husband Eugen Barbu. She is especially known in Romania for her role as Anita in the historical adventure film Haiducii/Outlaws (Dinu Cocea, 1966) and its many sequels. As IMDb-reviewer Armand writes: “Almost remarkable theatrical, admirable work for its period, mixture of adventure story and romance using a page of modern Romanian history (...) with Marga Barbu in a role which defines her career.”

She had other successes with the comedy La portile pamîntului/At the Gates of the Earth (Geo Saizescu, 1966) with George Constantin and with Dragostea începe vinery/Love Begins on Friday (Virgil Calotescu, 1972). 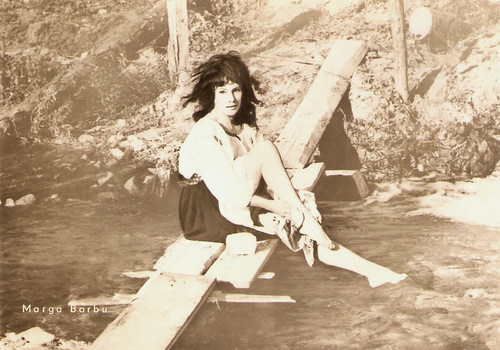 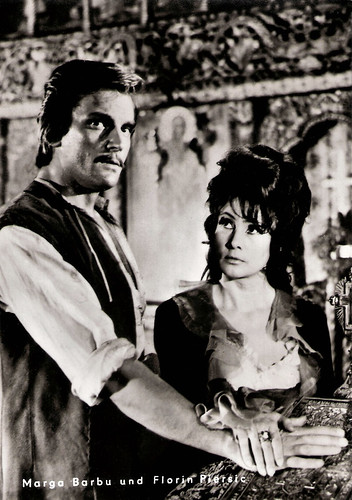 A Robin Hood-like outlaw in Romania

She also starred in Tatal risipitor/The Podrigal Father (Adrian Petringenaru, 1974) with Toma Caragiu. Another success that lead to several sequels was Trandafirul galben/The Yellow Rose (Doru Nastase, 1982) about a Robin Hood-like outlaw in Romania of the 1800s, in which she starred as Agata Slatineanu.

Besides her impressive career in the cinema, Barbu was also a noted stage actress. From 1952 until her retirement in 1993 she worked for the Nottara Theatre. Her favourite role in the theatre was Cleopatra in the play Antony and Cleopatra by William Shakespeare. She was also a beloved comedienne.

In 2004, President Ion Iliescu decorated her with the National Order for Faithful Service in the rank of Knight. Marga Barbu died in 2009 in Bucharest, Romania, at the age of 80. She was married three times. Her first husband was a textile engineer in Ploiesti. She then married actor Constantin Codrescu. Finally, she was married for over 30 years with writer Eugen Barbu. 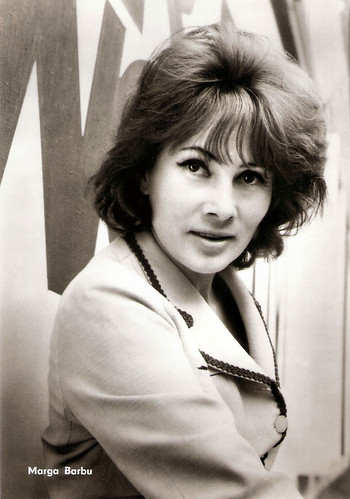 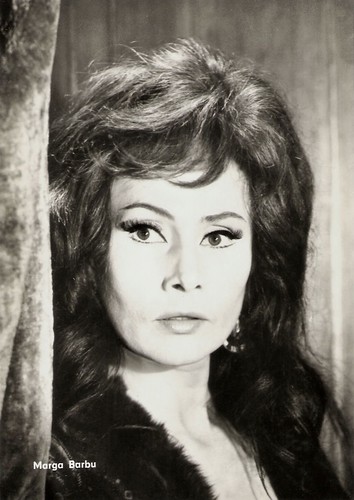