We're at the 30th edition of Cinema Ritrovata. Till 2 July we'll stay in Bologna, Italy, to attend the festival and blog about the stars of the festival. A highlight of the programme section UNIVERSAL PICTURES: THE LAEMMLE JUNIOR YEARS is the horror classic Dracula (Tod Browning, 1931). It made a star of Hungarian actor Béla Lugosi (1882–1956), who played the vampire Count Dracula. Lugosi had already started his film career in the silent Hungarian cinema and also appeared in German silent films. In the last phase of his career, he became the star of several of Ed Wood's low budget epics and other poverty row shockers. 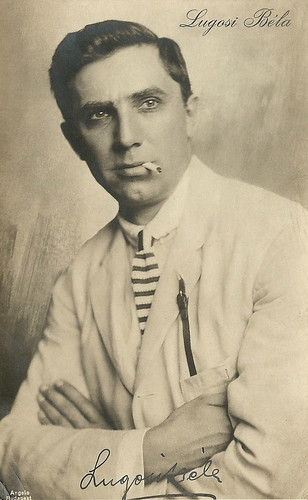 
Béla Lugosi was born as Béla Ferenc Dezső Blaskó in 1882, the youngest of the four children of Paula de Vojnich and István Blaskó, a banker. His hometown was Lugos, in Austria–Hungary (now Lugoj in Romania), near the western border of Transylvania. Later he would base his last name on this town.

At the age of 12, Lugosi dropped out of school. He began his acting career probably in 1901 or 1902. His earliest known performances are small roles in plays and operettas in provincial theaters in the 1903–1904 season. He moved on to Shakespeare plays and played several major roles. In 1911 he moved to Budapest, where he worked for the National Theatre of Hungary in the period 1913–1919. Although Lugosi would later claim that he 'became the leading actor of Hungary's Royal National Theater', most of his roles were small or supporting parts.

During World War I, he served as an infantry lieutenant in the Austro-Hungarian Army from 1914 to 1916. There he rose to the rank of captain in the ski patrol and was awarded a medal for being wounded at the Russian front. In 1917, Lugosi married Ilona Szmick. The couple divorced in 1920, reputedly over political differences with her parents.

In 1917 he made his film debut in Az ezredes/The Colonel (Mihály Kertész a.k.a. Michael Curtiz, 1917). In the next two years, Lugosi made 12 films in Hungary, credited as Arisztid Olt, including Nászdal/The Wedding March (Alfréd Deésy, 1917) and Lulu (Michael Curtiz, 1918). After the collapse of Béla Kun's Hungarian Soviet Republic in 1919, leftists and trade unionists became vulnerable. Due to his participation in the formation of an actors’ union, Lugosi was proscribed from acting and so had to leave his homeland. 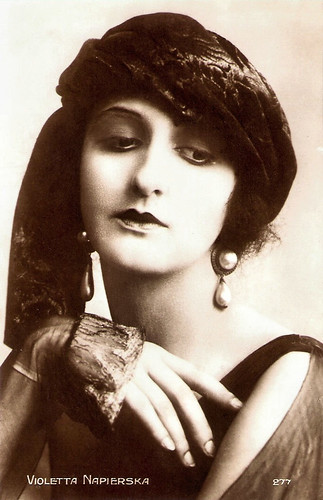 
On his arrival in America in 1921, Béla Lugosi worked for some time as a labourer, then entered the theatre in New York City's Hungarian immigrant colony. With fellow Hungarian actors he formed a small stock company that toured Eastern cities, playing for immigrant audiences. In 1922, he acted in his first Broadway play, The Red Poppy. Three more parts came in 1925–1926, including a five-month run in the comedy-fantasy The Devil in the Cheese.

His first American film role came in the melodrama The Silent Command (J. Gordon Edwards, 1923) with Edmund Lowe. Several more silent roles followed, as villains or continental types, all in productions made in the New York area. In the summer of 1927, Lugosi was approached to star as a sophisticated vampire in a Broadway production of Dracula (1927-1928) adapted by Hamilton Deane and John L. Balderston from Bram Stoker's novel. The Horace Liveright production was successful, running 261 performances before touring.

Lugosi declared his intention to become a U.S. citizen in 1928, and in 1931, he was naturalized. Lugosi was soon called to Hollywood for character parts in early talkies, such as Prisoners (William A Seiter, 1929) and The Thirteenth Chair (Tod Browning, 1929). He took his place in Hollywood society and scandal in 1929 when he married wealthy San Francisco widow Beatrice Weeks, but she filed for divorce four months later. Weeks cited actress Clara Bow as the ‘other woman’.

Despite his critically acclaimed performance on stage, Lugosi was not Universal Pictures’ first choice for the role of Dracula when the company optioned the rights to the Deane play and began production in 1930. A persistent rumour asserts that director Tod Browning's long-time collaborator, Lon Chaney, was Universal's first choice for the role, and that Lugosi was chosen only due to Chaney's death shortly before production.

Wikipedia notes that this is questionable, because Browning was only a last-minute choice as director for Dracula after the death of the original director, Paul Leni. Lugosi appeared in Dracula (Tod Browning, 1931) with minimal make-up, using his natural, heavily accented voice. With the instant and worldwide success of the film, Universal Studios had found their new horror star. As his son Bela Lugosi Jr. writes on his father’s official website: “His slicked hair, clean-shaven and handsome face, burning eyes, and courtly manner are the appearance of what Dracula will forever be.” 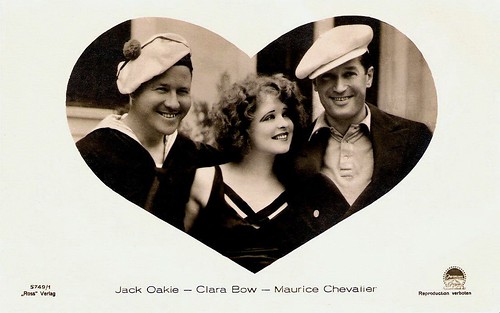 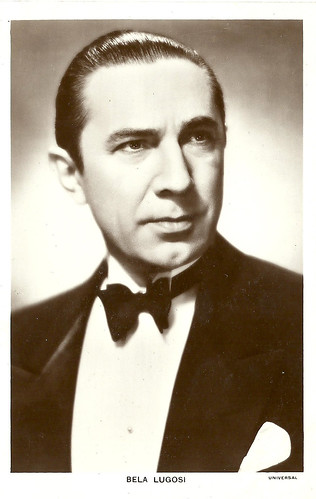 
In 1933 Béla Lugosi married 19-year-old Lillian Arch, the daughter of Hungarian immigrants. All seemed to go well. He appeared as Dr. Mirakle in Murders in the Rue Morgue (Robert Florey, 1932), as Sayer of Law in Island of the Lost Souls (Erle C. Kenton, 1932) opposite Charles Laughton, and as Ygor in Son of Frankenstein (Rowland V. Lee, 1939) all for Universal, and as Murder Legendre in the independent White Zombie (Victor Halperin, 1932).

Despite the relative size of their roles, Lugosi inevitably got second billing, below Karloff. Lugosi himself perpetrated the myth that he had quit the role of the monster in Frankenstein (James Whale, 1931), which is untrue. Originally, director Robert Florey wanted him to play Dr. Frankenstein, but producer Carl Laemmle Jr. didn't want Lugosi in that role, so he was relocated to the monster part. Lugosi was unhappy with playing the clodding, mute monster under heavy make-up and complained. He had filmed some screen-tests with Florey, but Laemmle Jr. didn't like what he saw and fired both Florey and Lugosi.

In interviews, Boris Karloff suggested that Lugosi was initially mistrustful of him when they acted together, believing that the Englishman would attempt to upstage him. When this proved not to be the case, Lugosi settled down and they worked together amicably. Through his association with Dracula, Béla Lugosi found himself typecast as a horror villain. His accent, while a part of his image, limited the roles he could play. He attempted to break type by auditioning for other roles, and he did play the elegant, somewhat hot-tempered Gen. Nicholas Strenovsky-Petronovich in International House (A. Edward Sutherland, 1933). Universal tried to give Lugosi more heroic roles, as in The Black Cat, The Invisible Ray, and a romantic role in the adventure serial The Return of Chandu (Ray Taylor, 1934), but his typecasting problem was too entrenched for those roles to help.

Lugosi, experienced a severe career decline despite his popularity with audiences. A number of factors worked against Lugosi's career in the mid-1930s. Universal changed management in 1936, and because of a British ban on horror films, dropped them from their production schedule; Lugosi found himself consigned to Universal's non-horror B-film unit, at times in small roles where he was obviously used for ‘name value’ only. He accepted leading roles in low-budget thrillers from independent producers like Nat Levine, Sol Lesser, and Sam Katzman. The exposure helped Lugosi financially but not artistically. Lugosi tried to keep busy with stage work, but had to borrow money from the Actors' Fund to pay hospital bills when his only child, Bela George Lugosi, was born in 1938. It illustrates why he helped to organize the Screen Actors Guild in the 1930s.


Béla Lugosi’s career was given a second chance by Universal's Son of Frankenstein (Rowland V. Lee, 1939), when he played the character role of Ygor, who uses the Monster for his own revenge, in heavy makeup and beard. The same year he played a straight character role as a stern commissar in Ninotchka (Ernst Lubitsch, 1939), starring Greta Garbo.

This small but prestigious role could have been a turning point for the actor, but within the year he was back on Hollywood's Poverty Row, playing leads for Sam Katzman. These horror, comedy and mystery B-films were released by Monogram Pictures. At Universal, he often received star billing for what amounted to a supporting part. Ostensibly due to injuries received during military service, Lugosi developed severe, chronic sciatica, for which he was treated with opiates. The growth of his dependence on morphine and methadone, was directly proportional to the dwindling of screen offers.

In 1943, he finally played the role of Frankenstein's monster in Universal's Frankenstein Meets the Wolfman (Roy William Neill, 1943) opposite Lon Chaney Jr. He also came to recreate the role of Dracula a second and last time on film in Abbott and Costello Meet Frankenstein (Charles Barton, 1948). It was his last ‘A’ movie.

For the remainder of his life he appeared in obscure, low-budget features. While in England to play a six-month tour of Dracula in 1951, he co-starred in a lowbrow film comedy, Mother Riley Meets the Vampire/Vampire over London (John Gillin, 1951). Late in his life, Bela Lugosi again received star billing when fan Ed Wood, nicknamed ‘Worst Director of All Time’, offered him roles in his films, such as Glen or Glenda (Edward D. Wood Jr., 1953) and as a Dr. Frankenstein-like mad scientist in Bride of the Monster (Edward D. Wood Jr., 1955).

During post-production of the latter, Lugosi decided to seek treatment for his drug addiction. Following his treatment, Lugosi made one final film, The Black Sleep (Reginald Le Borg, 1956), which was released in the summer of 1956 through United Artists with a promotional campaign that included several personal appearances. To his disappointment, however, his role in this film was of a mute, with no dialogue.

Béla Lugosi and his wife Lilian had divorced in 1953. Béla was jealous over Lillian taking a full-time job as an assistant to Brian Donlevy on the sets and studios for Donlevy's radio and television series Dangerous Assignment. Lillian eventually did marry Donlevy, in 1966. In 1955 Lugosi married fan Hope Lininger, his fifth wife. A year later, Lugosi died of a heart attack in 1956, while lying on a couch in his Los Angeles home. He was 73.

Lugosi was buried wearing one of the Dracula Cape costumes, per the request of his son. Ed Wood's Plan 9 from Outer Space (Edward D. Wood Jr, 1959.) with a few minutes of silent footage of Lugosi in his Dracula cape was released posthumously. In 1994, Lugosi was played by Martin Landau in Tim Burton's Ed Wood (1994), for which Landau received an Academy Award for Best Supporting Actor. Johnny Depp, who starred as Wood in the film, purchased Lugosi's Los Angeles home.


Trailer for Mark of the Vampire (1935). Source: Sinister Cinema (YouTube).


Trailer for Bride of the Monster (1955). Source: Captain Bijou (YouTube).