Russian actress Larisa Luzhina (1939) was a star of the Soviet cinema. She was a People's Artist of the RSFSR. 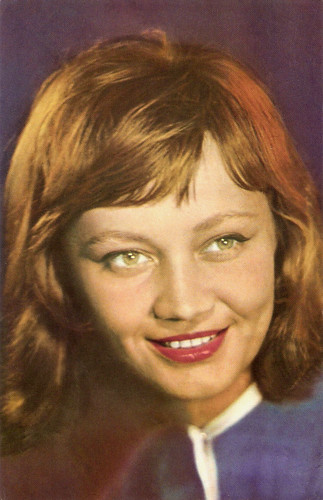 During the Siege of Leningrad, her older sister died of starvation. Larisa and her mother survived the blockade.

After the war, the Luzhin family settled in Tallinn, where Larisa started practicing in the school drama club, directed by Ivan Danilovich Rossomahin, actor of the Russian Drama Theatre. It was then that she decided to become an actress.

After school, Larissa tried to enter the Leningrad Institute of theatre, music and film, but she failed the exam. By accident, she found work in the cinema in 1959. Larissa’s home was opposite the pavilions of the Tallinn film studio. On the street she was invited to play the small part of a cabaret singer in the crime drama Kutsumata külalised/The Wedding Crashers (Igor Yeltsov, 1959).

After the film's release, director Herbert Rappaport of Lenfilm Studio suggested her for a major role in his romantic drama Vihmas ja päikeses/In the rain and in the sun (Herbert Rappaport, 1960), which marked the beginning of her professional film career. 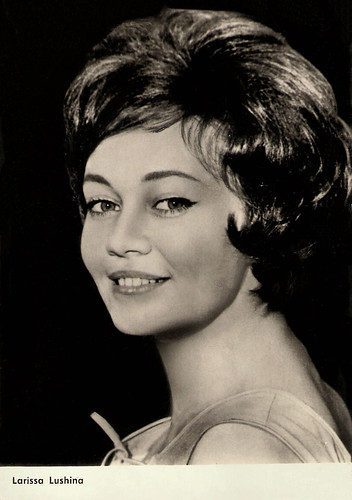 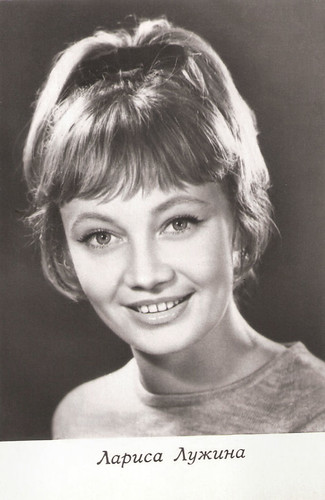 
Larisa Lushina played the lead in Na semi vetrakh/Seven Winds (Stanislav Rostotskiy, 1962). She was recommended for the part by the famous director Sergey Gerasimov, who had met her on a course. This role brought the young actress then fame and popularity.

Another success was the two-part war film Tishina/Silence (Vladimir Basov, 1963) with Vitali Konyayev, and based on the 1962 eponymous novel by Yuri Bondarev. The film won the main prize of the All-Union Film Festival.

She appeared opposite Yevgeni Urbansky in the drama Bolshaya ruda/The Big Ore (Vasiliy Ordynskiy, 1964). Then followed the sports drama Vertical (Stanislav Govorukhin, Boris Durov, 1967) about a group of climbers who are surprised by a cyclone.

Luzhina played a nurse, who returns from the front in the romantic drama Lyubov Serafima Frolova/Love of Serafim Frolov (Semyon Tumanov, 1968). In East-Germany, she played in the TV thriller Der Nachfolger/The Successor (Ingrid Sander, 1965) with Host Drinda.

In the GDR Luzhina starred in a total of six films, including two TV series. It was in the GDR she first played the roles of Marya Nikolaevna in Spring Waters (1968) and Varvara Pavlovna in Adelsnest/Nobles nest (Hans-Erich Korbschmitt, 1969), based on the classic novels of Ivan Turgenev. The German public loved her work, and she was recognized as the most popular actress in the GDR. She was awarded the National Prize of Germany and other awards. 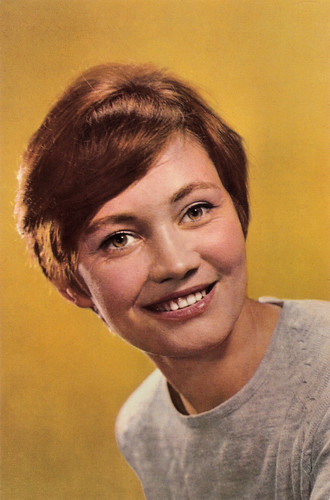 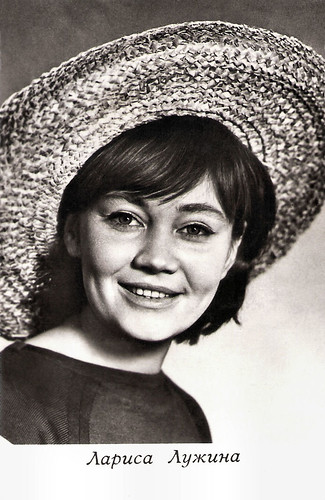 The first man who flew around the Earth

After the fall of the Soviet Union in 1991, Luzhina did not receive many film offers. In recent years, she played several roles in television series. Her most recent feature film is May (Marat Rafikov, Ilya Rubinshteyn, 2007). Luzhina is an active supporter of president Putin.

Larisa Luzhina was married four times. Her husbands were operator Alexei Chardynin, cameraman Valery Shuvalov, actor Vladimir Gusakov, and administrator Vyacheslav Matveev. She has a son with Valery Shuvalov, Paul V. Shuvalov, who is a sound engineer for Mosfilm. She lives in Moscow. 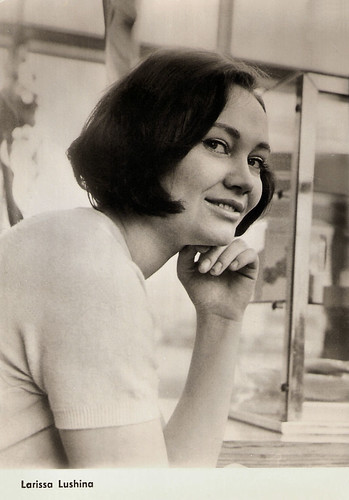 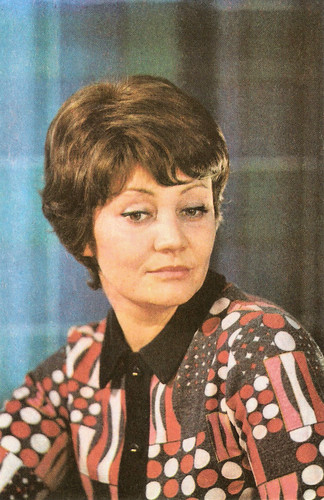