No, today is not the birthday of Dutch film star Truus van Aalten, but my sister's. Her nickname is Truus and she is one of the three founders of our Flickr site, Truus, Bob & Jan Too! As it happened with so many famous trios before, the big star moved on and went solo. Truus started her own Flickr site, Truus & Zoo, where she posts her wonderful pictures of wild animals. She photographs them not only in zoos but also in wildlife parks all over the globe. So today a special EFSP post for Truus with 12 postcards with film stars and wild animals, or wild stars and film animals, if you like! 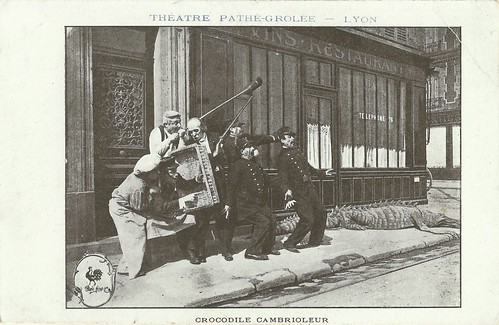 French postcard for Un crocodile cambrioleur (1908) by Théâtre Pathé Grolée, Lyon. Photo: Pathé frères. This postcard needs some explanation: Two burglars are interrupted in their job, so one hides underneath a crocodile skin. The old professor sees the dead animal moving and alarmed he leaves to find his gun. The 'reptile' flees but is hunted by the professor and his shotgun. An ever growing multitude follows the crocodile on the street. Finally the thief mounts a pipe and frightens a family taking tea, profiting from their flight to steal valuable objects, and exiting the same way as he came. Meanwhile, the mass outside shows up while our man takes off his skin. The professor shoots and all are surprised when they find just the skin and the thief gone.

German postcard by Ross Verlag, no. 1629/1. Photo: Nero-Film, Berlin. Publicity still for Was ist los im Zirkus Beely? (Harry Piel, 1926, released 1927). This was Harry Piel's 75th film and the first with a fullgrown predator as Piel's companion: the tiger Bylard from the Leipzig Zoo. Mathias Bleckmann in his 1992 biography of Piel tells a nice anecdote. To the admiration of the wrangler present, Piel calmly managed to have the animal adapt to the camera. In order to have the tiger lick his face as the script demanded, he smeared his own mouth with cheese, but he had forgotten that a tiger's tongue might be sharp as blade - so he ended up a few days in hospital... 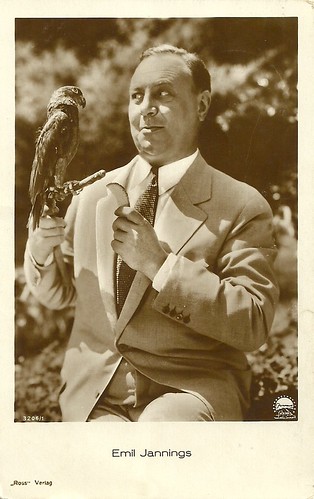 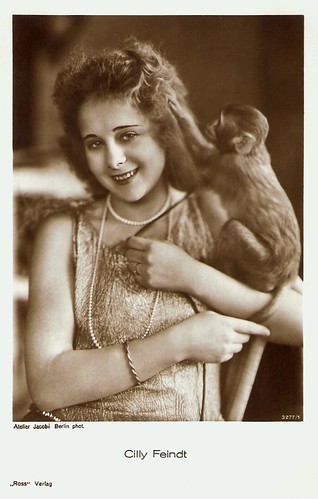 Cilly Feindt. German postcard by Ross Verlag, Berlin, no. 3277/1, 1928-1929. Photo: Atelier Jacobi, Berlin. Truus loves monkeys and she likes to photograph them, but the monkeys always keep interfering also on this and the following postcards. That's why I like these postcards so much. 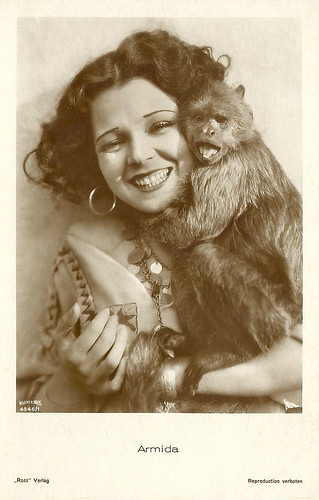 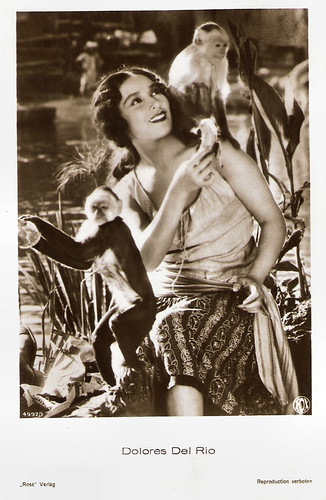 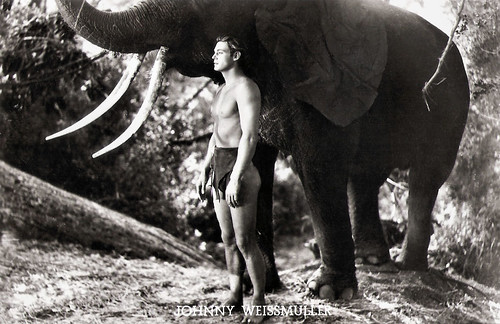 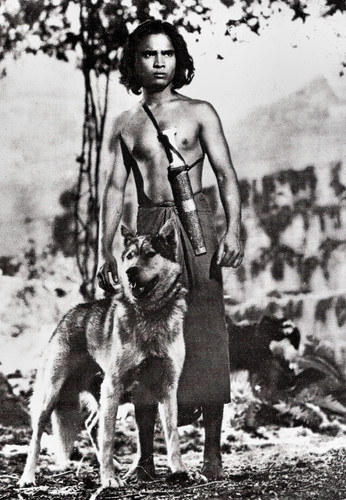 German collectors card by Küno's Film-Foto in the series Das Dschungelbuch , no. 2, presented by Sparkasse bank. Photo: publicity still for Jungle Book (Zoltan Korda, 1942) with Sabu as Mowgli with Wolf. 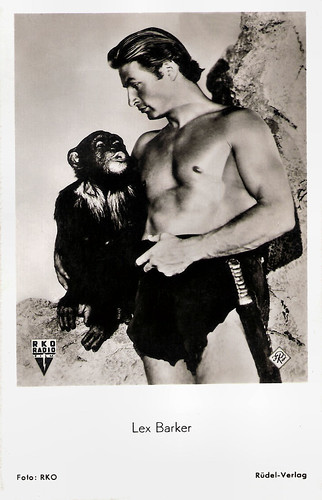 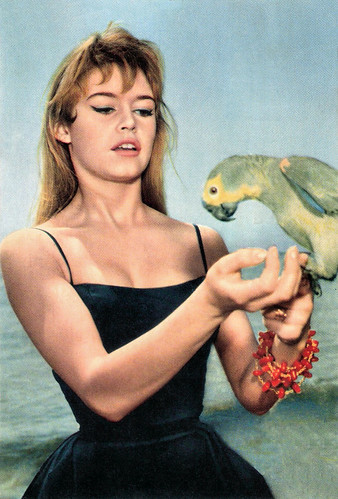 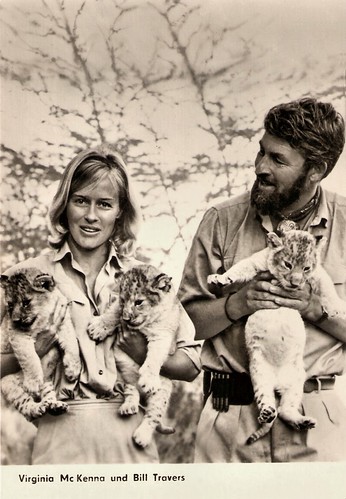 East-German postcard by VEB Progress Filmvertrieb, Berlin, no. 86/89, 1969. British stage and screen actress Virginia McKenna (1931) is also known as a wildlife campaigner. During her long and successful career she won several awards, including the British Academy Award for Best Actress for A Town Like Alice (1956). Her most popular role has been in Born Free (1966) opposite her husband Bill Travers. 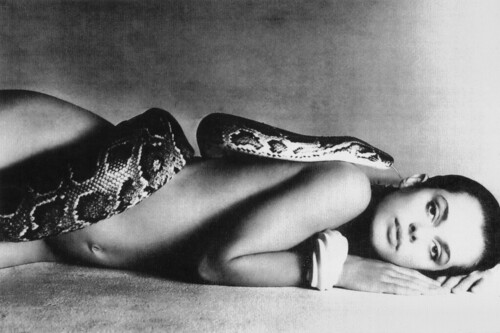 And finally two extra postcards of TV favourites of our childhood: first Flipper! Dutch postcard by MUVA, Valkenburg. Sent by mail in 1968.