Yesterday, 16 May 2017, Russian leading man Oleg Vidov passed away. In the former Soviet Union, the handsome actor was a sex symbol for his generation. Since 1961 he starred in some 50 films, and many are still played on Russian television today. The 73-year-old Vidov died of cancer in his new homeland, the U.S. 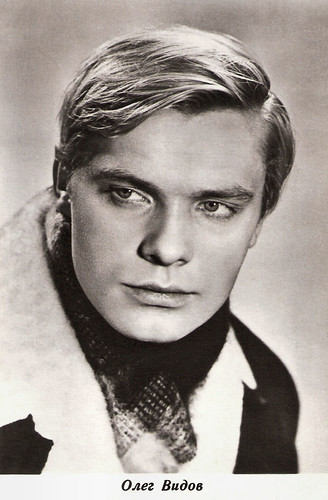 Russian postcard by Izdanije Byuro Propogandy Sovietskogo Kinoiskusstva, no. 4, 1973. This postcard was printed in an edition of 40,000 cards. Retail price: 8 Kop. 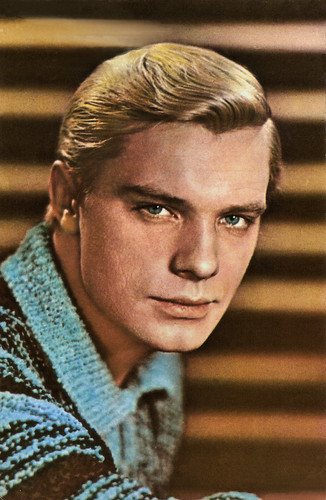 Russian postcard by Izdanije Byuro Propogandy Sovietskogo Kinoiskusstva, no. A 04747, 1968. This postcard was printed in an edition of 100.000 cards. Retail price: 8 Kop.


Oleg Borisovich Vidov was born in Filimonki, a suburb of Moscow, USSR (now Russia) in 1943. His parents were Varvara Vidova, a teacher, and Boris Nikolaievich Garnevich, an economist. As a child he lived with his mother, who worked for the Soviet government in the field of education in Mongolia and East Germany. When his mother was sent to China on assignment, he went to live with his aunt Anuta in Kazakhstan. Eventually he moved with his mother and aunt to Moscow.

At 18, competing against hundreds of would-be actors, he was accepted to the acting department of the state film school VGIK. In 1961, he made his film debut with a bit part in the drama Друг мой, Колька!../Drug moy, Kolka!../My friend Kolka! (Aleksandr Mitta, Aleksei Saltykov, 1961). Eleanor Mannikka at AllMovie: “This was an unusual comedy for its day in the USSR. Put together by two graduate students in film, the story tweaks the establishment with some fairly sharp barbs. At the receiving end of the satire is the rigid, party-line, slogan-spouting school system and its load of propaganda.”

In 1964, the young actor played a bear-turned-man who falls in love with a princess in Обыкновенное чудо/Obyknovennoye chudo/An Ordinary Miracle (Erast Garin, 1964). This wonderful fairy love story was partly filmed in the Vorontsov Palace. Next, Vidov starred in Метель/Metel/The Blizzard (Vladimir Basov, 1964), based on a story by Alexander Pushkin.

He played a prince charming in the fairy tale Сказка о царе Салтане/Skazka o tsare Saltane/The Tale of Tsar Saltan (Aleksandr Ptushko, 1967) with Larisa Golubkina. In 1968, he went to Yugoslavia for the romance Ima ljubavi, nema ljubavi/There is love, no love (Nikola Rajic, 1968) with Olivera Katerina, and the war drama Uzrok smrti ne pominjati/Do Not Mention the Cause of Death (Jovan Zivanovic, 1968) starring Bekim Fehmiu.

Vidov also appeared in the Yugoslavian production Битка на Неретви/Bitka na Neretvi/Battle of Neretva (Veljko Bulajić, 1969) based on the true events of World War II. The Battle of the Neretva was due to a strategic plan for a combined Axis powers attack in 1943 against the Yugoslav Partisans. The plan was also known as the Fourth Enemy Offensive and occurred in the area of the Neretva river in Bosnia and Herzegovina.

Battle of Neretva was the most expensive film made in the SFR Yugoslavia. It was the first of the huge state-sponsored World War II film productions and had a staggering budget (somewhere between $4.5 million and $12 million) approved personally by Yugoslav president Josip Tito. In the cast were global stars like Sergei Bondarchuk (who had just won an Oscar for War and Peace), Yul Brynner, Franco Nero, Orson Welles, Hardy Krüger and Sylva Koscina. Battle of Neretva was nominated for the Academy Award for Best Foreign Language Film, but did not win.

Vidov was then cast for another historical epic Ватерлоо/Waterloo (1970), directed by Sergei Bondarchuk and produced by Dino De Laurentiis. The cast included Rod Steiger (as Napoleon Bonaparte), Christopher Plummer (as the Duke of Wellington), Orson Welles (Louis XVIII of France), Jack Hawkins, and Virginia McKenna. Waterloo depicts the story of the preliminary events and the Battle of Waterloo, and is famous for its lavish battle scenes. 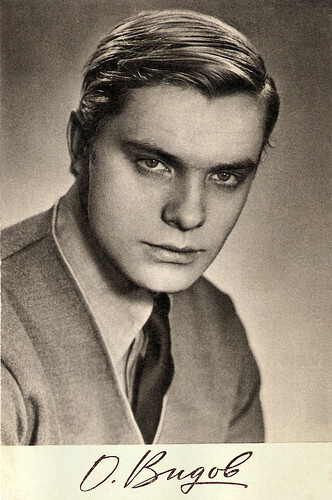 Russian postcard by Izdanije Byuro Propogandy Sovietskogo Kinoiskusstva, no. A 06242, 1968. This postcard was printed in an edition of 100.000 cards. Retail price: 10 Kop. 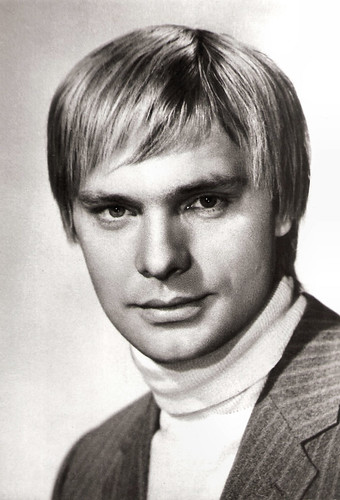 Russian postcard by Izdanije Byuro Propogandy Sovietskogo Kinoiskusstva, no. A 319, 1977. This postcard was printed in an edition of 40.000 cards. Retail price: 8 Kop. 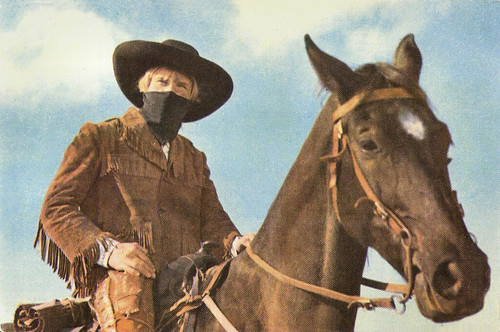 
In Cuba, Oleg Vidov plated a poor Irish cowboy in the Western Всадник без головы/Vsadnik bez golovy/The Headless Horseman (Vladimir Vaynshtok, 1972), with Lyudmila Savelyeva. The film was based on a novel by the 19th-century Irish-American adventure writer ‘Captain’ Thomas Mayne Reid, whose works were much read in the Eastern Bloc. Cuban actors played the Hispanic characters and the black slaves; Soviet actors the Caucasians and Native Americans.

Vidov appeared in another communist Western, the DEFA production Tecumseh (Hans Kratzert, 1972) featuring Gojko Mitic. For the animation film Maugli/Adventures of Mowgli (Roman Davydov, 1973), he dubbed one the characters. The film, based on the book by Rudyard Kipling, was produced by Soviet animation studio Soyuzmultfilm. Other films in which he appeared were the Yugoslavian production Jad/Misery (Kiril Cenevski, 1975), and the crime film Крик тишины/Krik tishiny/Scream of Silence (Arya Dashiyev, 1983).

In 1992, the Vidovs obtained the international distribution rights to the award-winning Soyuzmultfilm animation library. Their firm FBJ (Films By Jove) helped popularise Russian animation around the world. Together they produced numerous series based on animation they digitally restored from the Soyuzmultfilm library including Animated Classic Showcase, Mikhail Baryshnikov's Stories from My Childhood, Rudyard Kipling's The Jungle Book, Masters of Russian Animation, The Adventures of Cheburashka and Friends, and Animated Soviet Propaganda.

Incidentally Vidov appeared in Hollywood productions. The most interesting was the political thriller Thirteen Days (Roger Donaldson, 2000) about the Cuban Missile Crisis of 1962. Opposite Kevin Costner, Vidov played a supporting role as the Soviet Ambassador to the United Nations.

In 2007 Vidov and his wife sold the library to a Russian oligarch. Oleg Vidov became Chairman of the Board at Malibu Beach Recovery Center, a drug treatment facility in Malibu, California.

Oleg Vidov died in Westlake Village, California. He was 73.

From acting to producing to drug counseling. Only in Hollywood!!