Austrian actor Paul Morgan (1886-1938) was one of the great theatre stars of the Weimar republic. He co-founded the illustrious Berlin cabaret Kadeko and made more than 100 films. In the 1930s Morgan refused to leave his homeland until it was too late. Arrested in March 1938, he died in Buchenwald concentration camp just months later. 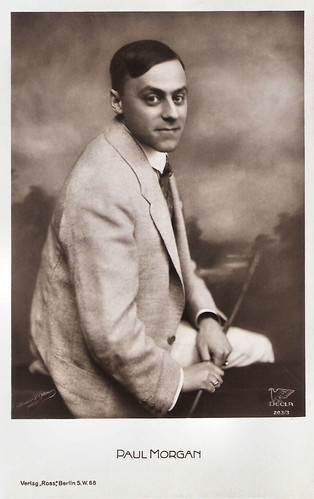 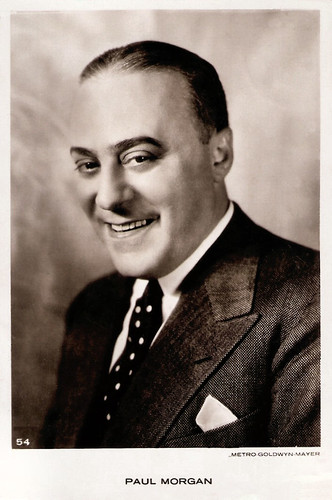 Paul Morgan was born as Georg Paul Morgenstern in 1886 in Vienna to an Austrian Jewish lawyer Gustav Morgenstern and his wife Clementine Morgenstern. He had a brother, Ernst Morgan, who would become an actor too. Like his parents Paul was baptised and raised Catholic.

Since childhood Paul wanted to pursue a life on the stage. Morgan studied theatre at the k.k. Akademie für Musik und darstellende Kunst, and he made his stage debut at the Theater in der Josefstadt. He performed in small theatres and cabarets.

In 1910 he made his film debut in the short La Miniature/The Miniature (Michel Carré, 1910) with Harry Baur. During the war he managed to avoid the draft due to his flat feet; and got his first big break at the cabaret Simplicissimus (Simpl) in 1914. He also appeared at Rosa Valetti's Kabarett Größenwahn. In 1917 he got an engagement at the Lessingtheater in Berlin.

By the early 1920s, Morgan had become a star actor, singer and writer. Along with Kurt Robitschek and Max Hansen, he opened the Kabarett der Komiker (in short Kadeko) in 1924 in Berlin. The cabaret was an innovative combination of variety show and intimate theatre, and became one of the central comedy stages of Europe. 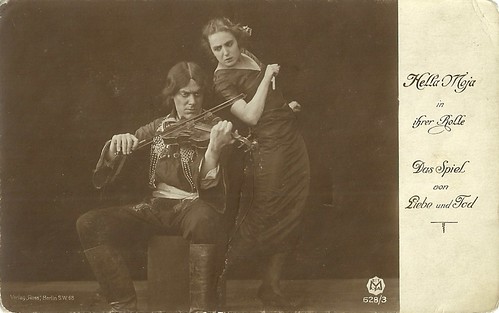 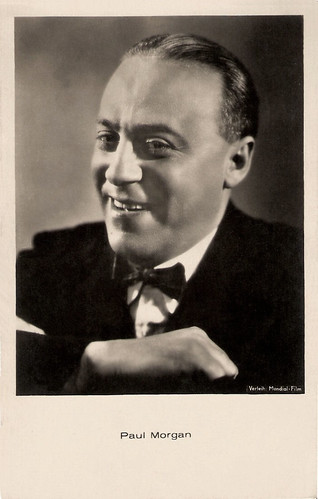 In the late 1920s, Kadeko moved to a large new theatre in the centre of Berlin and expanded it’s scope, including guest appearances by famed international stars. The popularity of Paul Morgan increased.

Morgan also made a name as an libretto author for musicals like Axel vor des Himmels Tor (Axel before Heaven's Door), with which Zarah Leander launched her career.

In 1930, the cabaret was blacklisted by several newspapers and the SA physically invaded the theatre during an anti-Hitler satire. Morgan decided to leave Germany and went to Hollywood for nine months to make German language versions of Hollywood films for MGM including Casanova wider Willen/Casanova Against His Will (Edward Brophy, 1931) with Buster Keaton.

He tried out the cabaret scene in Switzerland and appeared shortly at Erika Mann's Pfeffermühle, but ultimately he ended up back in Austria. Although he found it difficult to support himself in the increasingly reactionary Vienna, and he played only a small part in the film Katharina, die Letzte/Catherine the Last (Hermann Kosterlitz/Henry Koster, 1936) starring Franciska Gaal.

He did not want to leave, hoping, like so many, to ride out what was thought to be a temporary right-wing government. Just a few days after the Anschluss of Austria in 1938, Paul Morgan was arrested, and deported to concentration camp Dachau. The Gestapo specified as the motive that Paul Morgan was in possession of a letter of politician Gustav Stresemann (the letter was old; his Jewish roots were the real reason).

Soon thereafter he was transported to Buchenwald, where he died on 10 December 1938 because of pneumonia he got during an inhuman punishment drill in one of the coldest winters in Europe ever. Paul Morgan was 52. He was married to Josefine Lederer.