On Thursday 1 June 2017, German film actress Sonja Sutter (1931–2017) passed away. She was one of the few actors that was allowed to appear in productions in both East and West Germany. She is remembered for DEFA films like Lissy (1957), her role as Fraulein Rottenmeier in the German TV series Heidi (1978) and for several roles in the TV series Derrick (1983-1998). 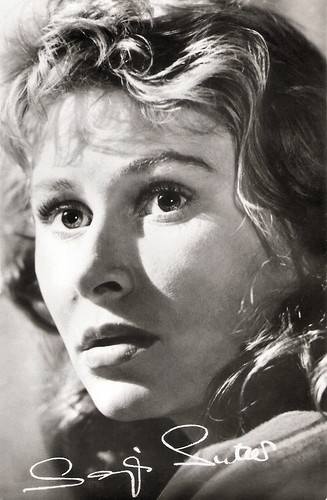 
Sonja Ingrid Emilie Hanna Sutter was born in Freiburg, Germany, in 1931. She attended the Rudolf Steiner School in Freiburg but because of the war she ended it with only a limited education. However, she later studied Greek and Latin.

At that time, she decided to become an actress. Her stage debut was in 1950 at the Municipal Theatre in Freiburg. Later she worked in Stuttgart, at the Schauspielhaus in Hamburg and at the State Theatre in Munich.

DEFA-Director Slatan Dudow discovered her when he saw her in test shots for a film by and with Luis Trenker. Dudow engaged Sutter for the role of Renate Ludwig in the film Frauenschicksale/Destinies of Women (Slatan Dudow, 1952). Four women are looking for happiness and a good man in the divided city. Their destinies are loosely connected through one person: the West Berlin dandy and womaniser, Conny.

Released at the peak of East German cultural and political dogmatism, the film was heavily critiqued, especially by female party leaders who objected that its portrayal of the four women did not represent the qualities that characterised women in the new society. Now considered as a richly contradictory work, Frauenschicksale/Destinies of Women represents an encore production the creative team of Slatan Dudow, Hanns Eisler and Bertolt Brecht which also made Kuhle Wampe/To Whom Does the World Belong? (Slatan Dudow, 1932).

After her debut many film offers came from West Germany and Sutter was thus one of the few artists of her time, who worked on the two German territories. During the 1950s Sutter starred in films like Die Barrings/The Barrings (Rolf Thiele, 1955) with Dieter Borsche, Star mit fremden Federn/Star with strange feathers (Harald Mannl, 1955), and the Heimat films Das Schweigen im Walde/Silence of the Forest (Helmut Weiss, 1955), Drei Birken auf der Heide/Three birches on the heath (Ulrich Erfurth, 1956) opposite Margit Saad, and Johannisnacht/St. John's Eve (Harald Reinl, 1956). 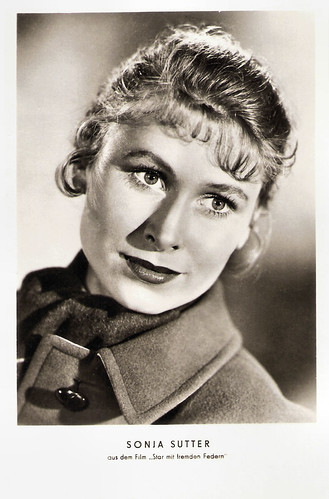 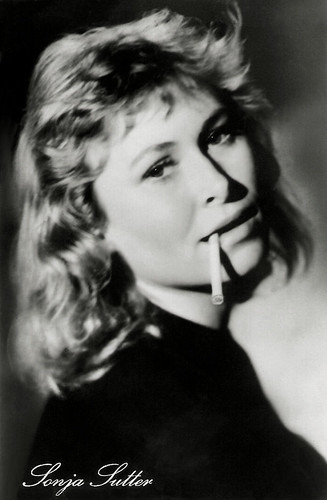 Big Breakthrough at the DEFA


Sonja Sutter’s big breakthrough came in 1957 with the East-German production Lissy (Konrad Wolf, 1957), an award-winning film, which gave Sutter a certain fame in East Germany. Lissy is a story about the rise of Nazism based on a novel by German-Jewish author F.C. Weiskopf who managed to survive by fleeing to the USA.

In 1959 Sutter was engaged by the Burgtheater in Vienna. With the construction of the Berlin Wall in 1961, she lost the opportunity to participate in further DEFA films. From 1961, she also appeared regularly at the Salzburger Festspiele in plays like Jedermann (Everyman)  by the Austrian playwright Hugo von Hofmannsthal. She has played in 16 TV-films and she had many appearances in popular German TV-series like Der Kommissar, Tatort and Derrick. In Derrick she played in 6 episodes from 1983 to 1998.

Among her later feature films was the Austrian drama Ich will leben/I Want to Live (Jörg A. Eggers, 1976) with Heinz Bennent, and the Henrik Ibsen adaptation Die Wildente/The Wild Duck (Hans W. Geissendörfer, 1976) with Bruno Ganz. She is best remembered for her role as Fraulein Rottenmeier in the German TV series Heidi (1978). This series aired in many countries in Europe during the 1980s and 1990s, and was dubbed into several languages.

But Sutter’s main focus was on her stage work for the Burgtheater. She played more than 70 roles there until her retirement in 1997.

Sonja Sutter died on 1 June 2017 in a residence for older artists in Baden. She was 86. Sutter was married to a doctor and had a daughter, the actress Carolin Fink.