Today is the final day of  Il Cinema Ritrovato. We finish our festival series with a post on French film actor Pierre Batcheff (1901-1932), who stars in Les amours de minuit/The Lovers of Midnight (Augusto Genina, 1931). Also this film can be seen in the section Augusto Genina: an Italian in Europe. Two years earlier, Batcheff had become famous for his part in the surrealist classic Un chien andalou/An Andalusian dog (Luis Bunuel, Salvador Dali, 1929). In 1932, the only 30-yeas-old actor committed suicide with an overdose of Veronal. 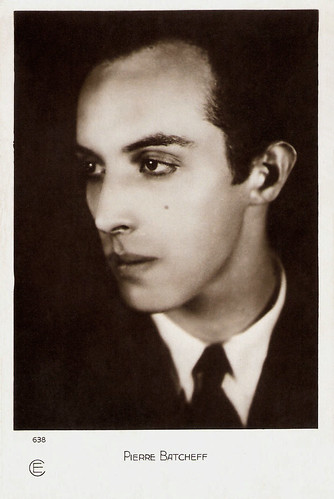 French postcard by Cinémagazine-Edition, no. 638. 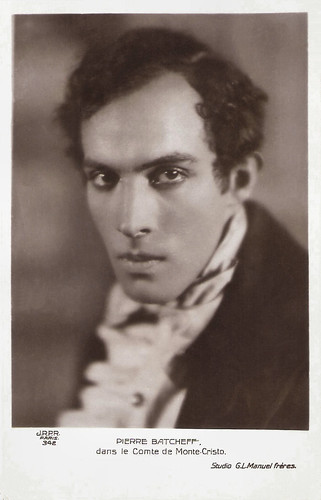 He debuted on stage in Geneva with Ludmilla and Georges Pitoëff.

In 1924 he started his cinema career in films like the comedy Claudine et le poussin/Claudine and the Chick (Marcel Manchez, 1924), in which he had the male lead opposite Dolly Davis. His good-looking appearance and his elegant posture made him a beloved jeune premier in the French cinema of the 1920s.

The gifted Pitoëff pupil struck because of his professional attitude. It made Pierre Batcheff one of the stars of French silent cinema. 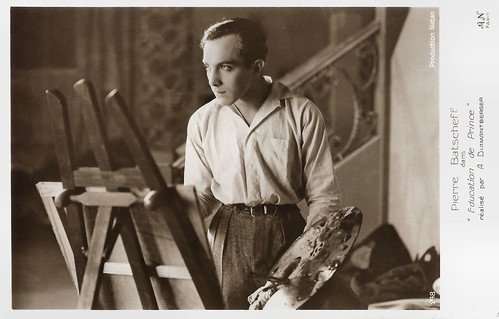 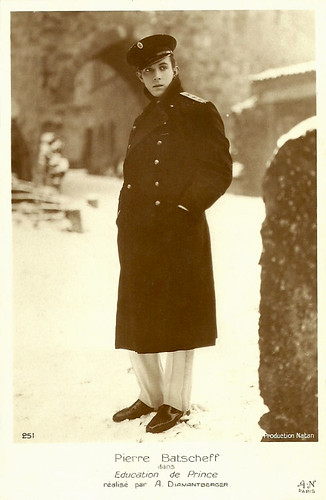 His remarkable part in this absurdist classic became Batcheff’s claim of fame, although the film was never a commercial success. It was even often forbidden or censored.

Despite this impressive filmography, posterity linked Batcheff exclusively to Bunuel’s film. Nobody now remembers his part in Napoléon or that in the charming, clever comedy Les deux timides/Two Timid Souls (René Clair, 1928). In the latter, Batcheff played the shy Frémissin, who is hopelessly in love with the beautiful Cécile (Véra Flory). In spite of the critic's praise for its beauty, this late silent film was a failure.

The competition of the new sound cinema was too fierce. Batcheff did some early French sound films, like Les amours de minuit/The Lovers of Midnight (Augusto Genina, Marc Allégret, 1931).

Probably his last part, he played in both the French and the English version of the adventure drama Baroud/Love in Morocco (1932-1933), director Rex Ingram’s final film.

Only 30, Pierre Batcheff died in Paris, on 13 April 1932, because of an overdose of Veronal. Though he didn’t leave a motif for his act, suspicions are that the arrival of sound cinema contributed to it. Caroline Hanotte at CinéArtistes gives another explanation: a few days earlier the Japanese army had invaded his birthtown in Russia.

Pierre Batcheff lies buried at the cemetery of Montparnasse. He was married to film editor Danièle Piazza, who later became a director and producer. Batcheff’s co-actress in Un chien andalou, Simone Mareuil, killed herself too. In 1954 she was so depressed, that she set fire to herself in a public square. 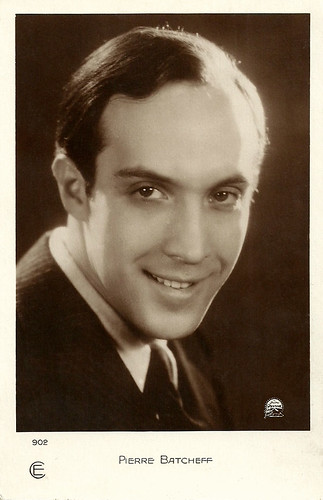 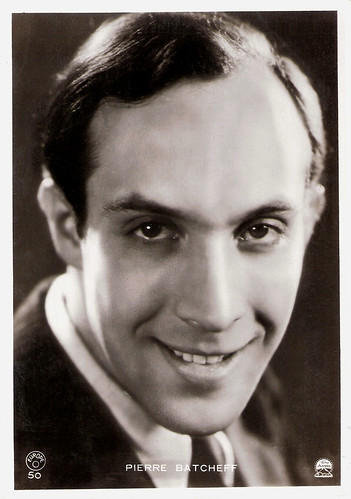 Only the second Dali-involved film I have never heard him.

So tragic that both he and his co-star committed suicide.

Thank you so much for the translation of my card. :)