German actor Walter Giller (1927-2011) was the cute boy next door of the German cinema of the 1950s. With Nadja Tiller he became a Dream Couple of the European cinema. 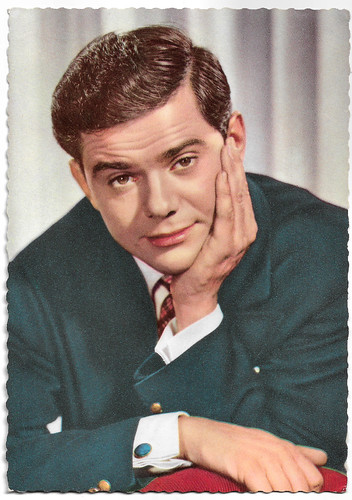 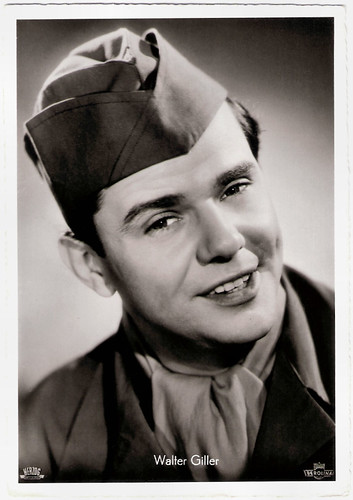 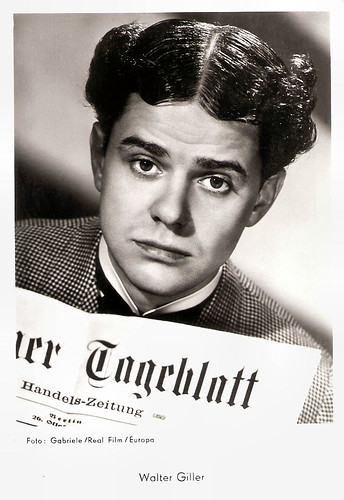 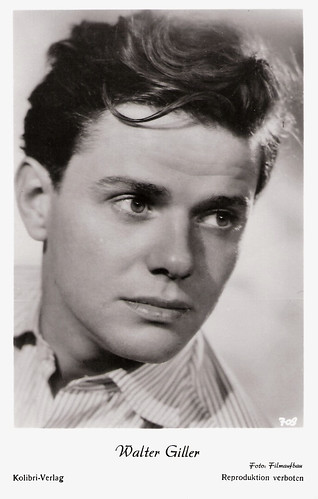 Walter Giller was born in Recklinghausen, Germany in 1927. He was the son of the children’s doctor Dr. Walter Giller and Edwine Giller-Röver and grew up in the Hamburg borough of Hamm.

In 1942, at the age of 15, the grammar school pupil was ordered to serve as a Flakhelfer (a German student deployed as child soldier during World War II) in anti-aircraft support. In 1944, Giller became a prisoner of war but got released after staying in a sanatorium for one year to recuperate from a torn lung.

Giller then started to study medicine but soon quit his studies to become a trainee at Hamburg's Kammerspiele (Chamber Theatre) where he also worked as an assistant director.

He later attended actor's training and worked as a supporting actor and assistant director. Giller made his film debut in Artistenblut/Artist’s Blood (Wolfgang Wehrum, 1949) starring Hans Richter, which was followed by Kein Engel ist so rein/No Angel Is As Pure (Helmut Weiss, 1950). 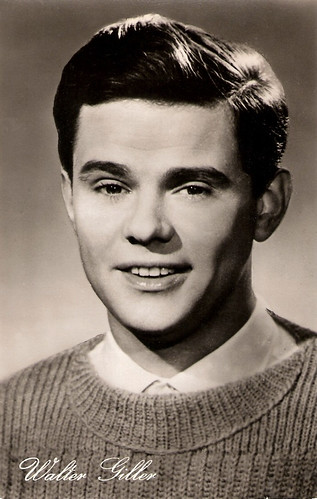 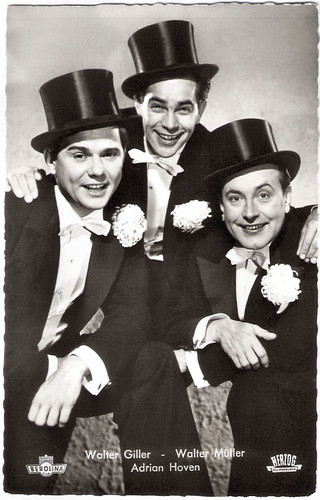 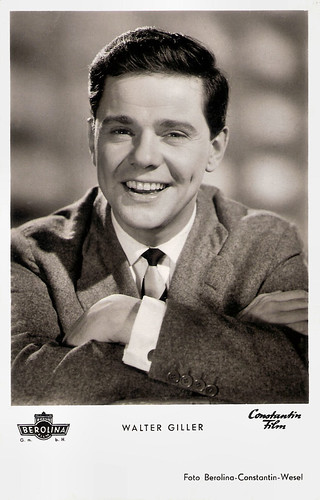 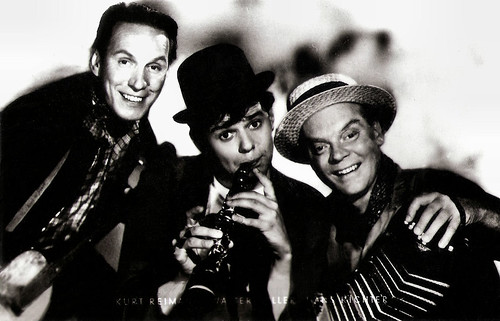 Walter Giller mainly appeared in the part of the shy teenage lover, for instance as a student in Primanerinnen/Sixth-Formers (Rolf Thiele, 1951) with Ingrid Andree.

In 1953, Giller quit working at the theatre to focus on his film career, and soon started to play comic roles in light entertainment films like Liebe im Finanzamt/Love in the Tax Office (Kurt Hoffmann, 1952), Skandal im Mädchenpensionat/Scandal at the Girls' School (Erich Kobler, 1953) with Marianne Koch, and An jedem Finger zehn/Ten on Every Finger (Erik Ode, 1954) with Germaine Damar.

In 1956 Giller married beautiful actress Nadja Tiller. In the 1950s and 1960s they were seen as a Traumpaar (Dream Couple) of the German entertainment world.

In 1959 he won the Bundesfilmpreis for his role in Rosen für den Staatsanwalt/Roses for the Prosecutor (Wolfgang Staudte, 1959) as a man sentenced to death for a minor offence during the last months of the war who meets his judge (Martin Held) after the war.

Two years later Giller won the the Bundesfilmpreis again for his role as a trucker from East Berlin in the East-West drama Zwei unter Millionen/Two Among Millions (Victor Vicas, Wieland Liebske, 1961). 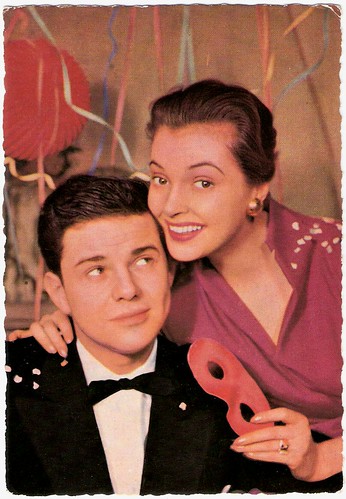 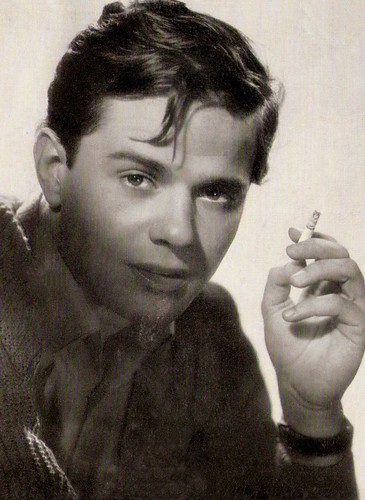 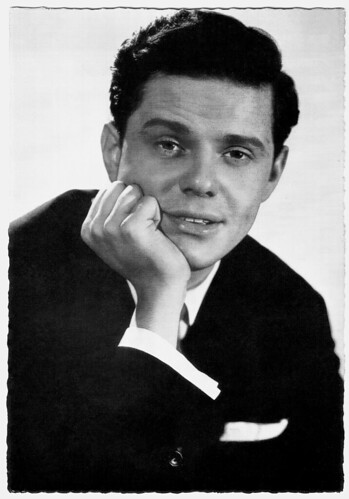 Predestined for a Great Film Career

Walter Giller seemed predestined for a great film career, but in the 1960s he appeared mainly in Krimis (German crime films), Karl May Westerns and Pauker comedies.

He starred in the international production Fanny Hill (Russ Meyer, 1964) and in a remake of the Heinz Rühmann success Die Feuerzangenbowle/The Fire Tongue Bowl (Helmut Käutner, 1970) but to no avail.

From the 1970s on, he changed his focus to television series as Das Traumschiff/The Dream Boat (1983) and Sylter Geschichten/Tales From Sylt (Karsten Wichniarz, 1995).

He intensified his stage work, and did many tours, often together with Nadja Tiller. In 2006 the duo won a Bambi award for their lifetime achievements.

In 2009, about 30 years after his last appearance in the cinema, director Leander Haußmann rediscovered Walter Giller for the big screen. In the comedy Dinosaurier – Gegen uns seht ihr alt aus!/Dinosaur (Leander Haußmann, 2009), he plays a member of a spritely gang of pensioners alongside Eva-Maria Hagen, Ezard Haußmann, and Nadja Tiller.

In 2009, he was diagnosed with lung cancer. He underwent a major (but unsuccessful) operation.

Walter Giller died in 2011 in a retirement home in Hamburg, aged 84. He and Tiller had a daughter, Natascha, and a son, Jan-Claudius. 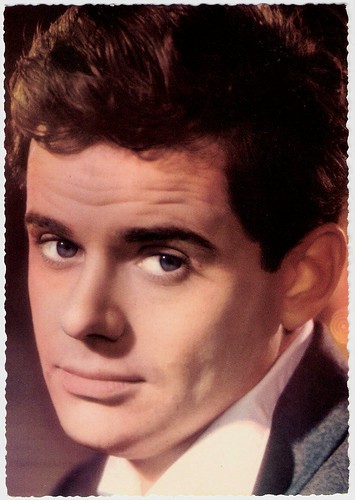 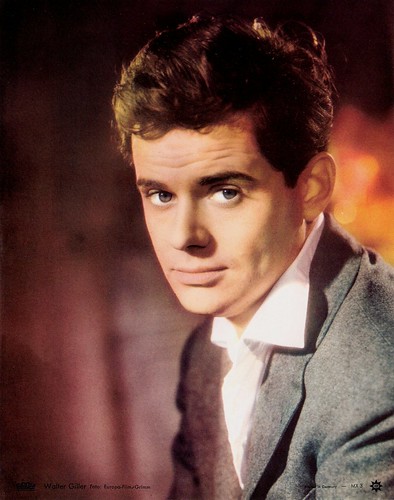 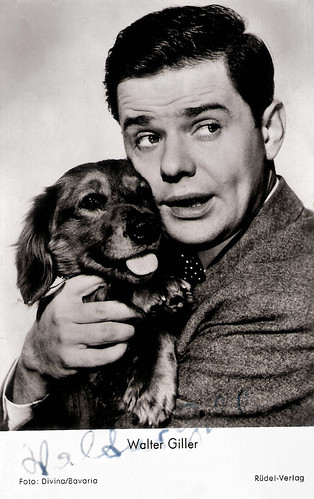 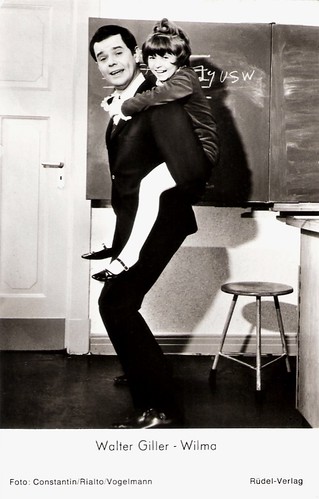 He was very handsome!

Yes, so cute. Thanks for your comments.