Austrian film star Lilly Flohr (1893-1978) was a busy actress, soubrette, cabaret artist and chanson singer on stage. From 1918 on she starred in 25 silent films. 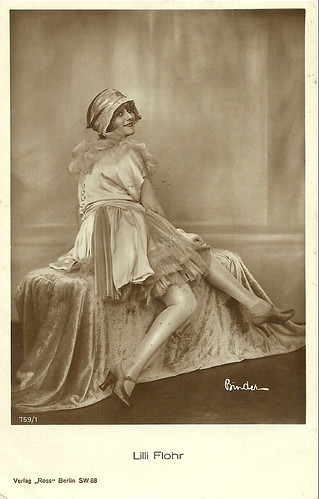 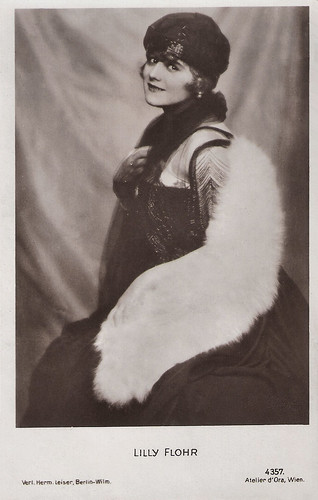 She grew up in an artistic environment because her father was a versatile and gifted artist - he worked as an actor, singer, musician and painter.

Lilly had her first appearance at the Raimund Theater in Vienna. Later she became a busy stage actress, soubrette, cabaret artist and chanson singer.

In Berlin, she performed from 1917 till 1919 at the famous Berliner Theater where she played the title role in the premiere of Walter Kollo’s operetta Die tolle Komtess (The Crazy Countess) and a year later she had another success in the original production of Kollo’s operetta Blitzblaues Blut (Lightning Blue Blood).

She soon experienced the drawback of the theatre where an actress had to play the same role several hundred times which created a kind of monotony. Then she discovered the film business where an actress could impersonate different roles within a year.

Then she was cast for the leading role in the film Das Mädchen aus der Ackerstrasse/The Girl from the Ackerstrasse (Reinhold Schünzel, 1919) opposite Otto Gebühr.

In 1920, she returned to the stage in Total Manoli, the first cabaret revue of the Nelson-Theatre, with Fritz Grünbaum, Paul Morgan and dancer Anita Berber, which became a very popular and even legendary show. 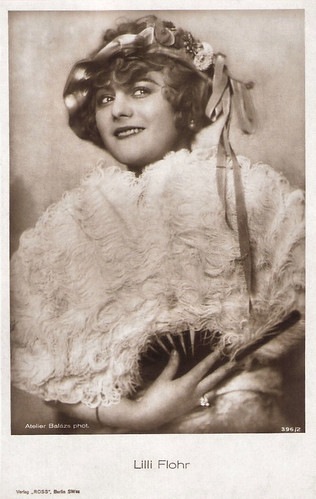 
In the 1920s, the attractive Lilly Flohr appeared in more successful productions like Das Haus in der Dragonergasse/The House in the Dragonergasse (Richard Oswald, 1921) with Werner Krauß, and the sequel Wie das Mädchen aus der Ackerstrasse eine Heimat fand/How the Girl from the Ackerstrasse found a homeland (Martin Hartwig, 1921).

After the introduction of the sound film she retired from the film business. Flohr could continue her successful stage career for a while and in the early 1930s, she performed at the Metropol-Theater and at the Neuen Theater am Zoo and in famous variety theatres as the Scala and the Wintergarten.

Then in 1934, she got a prohibition to work in Nazi-Germany because of her Jewish roots.

In 1939, she emigrated to Shanghai where she was able to continue her stage career at the side of other German-speaking emigrants. Between 1938 and 1941, ca. 18.000 Jews from Germany and Austria emigrated to the Chinese Metropole. A visa was not necessary to enter the country and therefore Shanghai was the last hope for Jewish emigrants.

After the war, she moved to Australia and never returned to Europe. Lilly Flohr passed away in 1978 in North Ryde, a suburb of Sydney. 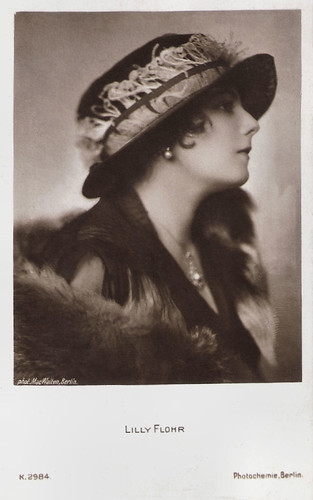 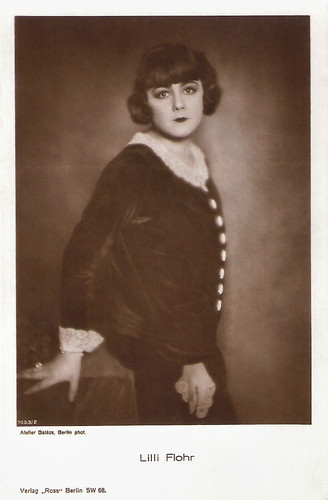