Handsome Christian Marquand (1927-2000) was a French director, actor and screenwriter working in French cinema. With his virile good looks, easy charm and ready laugh, he was often cast as a heartthrob in French films of the 1950s. 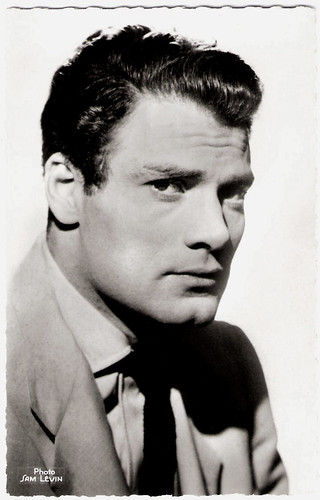 A steamy love scene on the beach of St Tropez


Christian Marquand was born in Marseille, in 1927. He was the son of a Spanish father and an Arab mother, and the older brother of director Nadine Trintignant and actor Serge Marquand. The fact that he spoke Spanish, Arabic, French, English and Italian - all learned as a child – later helped his international career.

After school, Marquand studied acting under Tania Balachova - one of his classmates was Roger Vadim. Marquand worked on stage from the age of seventeen.

His first film appearance at 21 was a bit part in Jean Cocteau's La Belle et la Bête/Beauty and the Beast in 1946. The following year he had another bit part in Henri-Georges Clouzot's classic thriller Quai des Orfevres (1947).

In 1949, the director of Paris Match, Herve Mille, introduced Marquand to Marlon Brando, who had recently arrived in Paris after a long run on Broadway in A Street Car Named Desire. Marquand and Brando hit it off at once. Marquand already had a reputation as a ladies' man and, as Mille recalled, was "able to speak to any girl and bring Brando that girl if he wanted her". Marquand and Brando would enjoy a long friendship.

His dark good looks were first noticed on film in Christian-Jaque's Lucrèce Borgia/Lucretia Borgia (1953). The film tells the story of the Borgia family of Italy during the Renaissance. Marquand played Lucrezia's lover, picked up in the Roman streets during Carnival. The next day he is pursued through a forest like a game at bay by Lucrezia (Martine Carol) and her brother Cesare (Pedro Armendáriz).

In 1956 Marquand appeared as Brigitte Bardot’s dour but handsome brother-in-law in Et Dieu créa la femme/And God Created Woman (Roger Vadim, 1956). In a steamy scene they make love on the beach of St Tropez. The scandalous film was a big hit in France and one of the ten most popular films at the British box office in its year of release.

One of his best pictures was Une Vie/ A Life (Alexandre Astruc, 1958), based on a Guy de Maupassant story. In this somber 19th-century tale, Marquand was the womanising husband of a young, innocent aristocrat (Maria Schell). Ronald Bergan in The Guardian: “The main strength of the film, apart from Claude Renoir's wonderful impressionistic Technicolor photography, was the way in which Marquand managed to find many nuances in the unsympathetic character he played.” 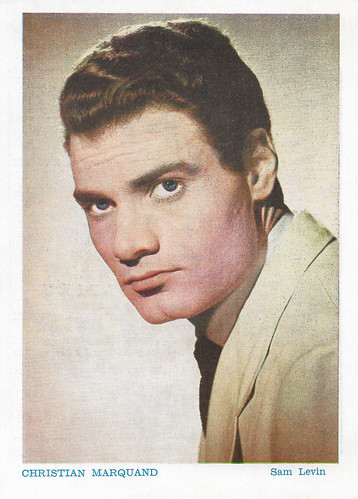 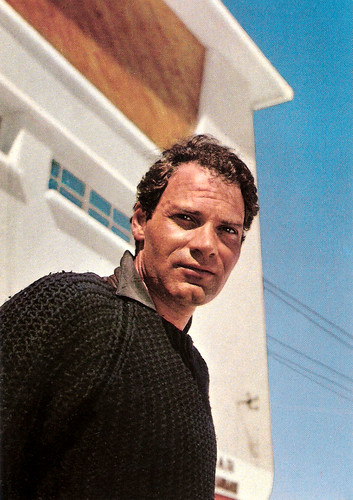 In Claude Chabrol's The Road To Corinth (1967), he portrayed an American NATO security officer investigating mysterious boxes jamming US radar installations in Greece. He later played the leader of a group of French in Apocalypse Now Redux, a 2001 extended version of Francis Ford Coppola's epic war film Apocalypse Now, which was originally released in 1979. Coppola added 49 minutes of material that had been removed (including the scenes with Marquand) from the original film. It represents a significant re-edit of the original version.

Marquand directed two films. In 1962, he made Of Flesh and Blood, a competent thriller featuring Anouk Aimée. His other film as a director was the sex farce Candy (1968) with Marlon Brando and former Miss Teen Sweden Ewa Aulin. Disappointed by the mainly negative reception of the film Marquand returned to acting.

In some of his last screen appearances he was directed by his sister Nadine Trintignant, in the drama L'été prochain/Next Summer (Nadine Trintignant, 1985) with Philippe Noiret and Claudia Cardinale, and in the TV series Qui c'est ce garçon?/Who’s that boy? (1987) with Marlene Jobert and Ugo Tognazzi.

Tragically, in the 1980s, he was struck by Alzheimer's disease and retired from the world. He spent many of his last years in hospital, not knowing anybody who visited him. His sister, Nadine Trintignant, wrote a moving book about his plight, Ton Chapeau au Vestiaire (His Hat in The Cloakroom).

Marquand was married to French actress Tina Aumont from 1963 till 1966. In the early 1970s, he had an affair with the actress Dominique Sanda with whom he had a son, Yann Marquand. Christian Marquand died in Ivry-sur-Seine, near Paris of Alzheimer's disease, aged 73. Marlon Brando named his son Christian after him, as did Roger Vadim. 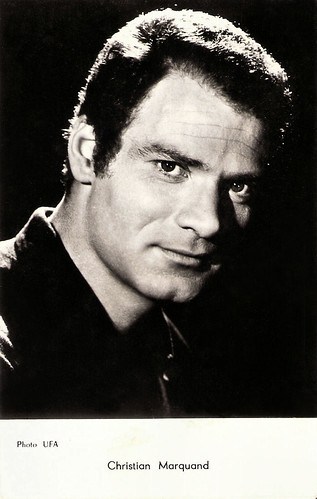 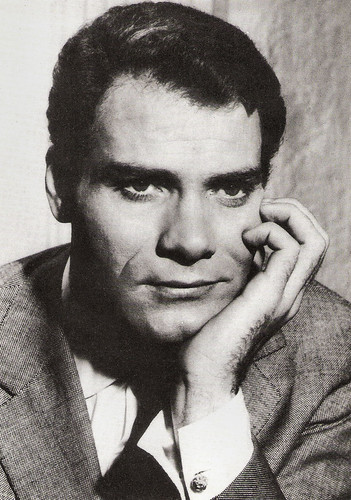 Sources: Ronald Bergan (The Guardian), The Telegraph, Wikipedia and IMDb.