East German actress Angelika Waller (1944) appeared in more than hundred films and TV productions since 1962. Her first leading role was in Das Kaninchen bin ich/The Rabbit Is Me (1965), a film which was banned in East Germany and which had its world premiere only in 1989. 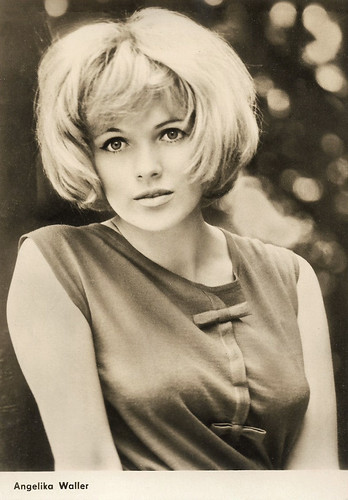 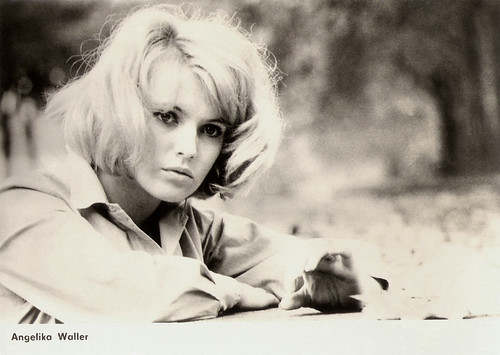 The rabbit I am

Angelika Waller was born in 1944 in Bärwalde in der Neumark in former East-Germany (GDR). She went to school in Biesenthal in Brandenburg. As a kid, she already developed an interest in acting.

From 1963 to 1966 she was trained as an actress at the youth studio of the Deutscher Fernsehfunk (DFF), the former state television broadcaster in East Germany. To finance her studies, she worked as an ice cream seller and furniture painter.

In 1965, Helene Weigel took her to the Berliner Ensemble, and since 1966 she has been a member of the theatre company. She made her stage debut in the comedy Frau Flinz by Helmut Baierl. She appeared in several Bertolt Brecht plays, including as Polly in Brecht's Dreigroschenoper (Threepenny Opera).

Her film debut is also her most famous role, which was only made public in 1989 (some sources say 1990). The film, Das Kaninchen bin ich/The Rabbit I Am (Kurt Maetzig, 1965) came in the GDR on the index.

Waller played 19-year-old Maria Morzeck, who dreams of studying Slavistics, but her hopes are shattered when her brother, Dieter, is sent to prison after being convicted of sedition against the state. She cannot enter college, and becomes a waitress. Maria meets and falls in love with Paul Deister, an older, married man who turns out to be the judge who convicted her brother. Their affair ends when Deister is exposed as hypocritical and corrupt. After Dieter's release, he learns of his sister's relationship with the judge and assaults her. Eventually, Maria distances herself from both of them, and decides to pursue her forgotten dream.

The film was based on Manfred Bieler's book Maria Morzeck or the Rabbit is Me. It was filmed in the aftermath of the VI Party Congress of the Socialist Unity Party at January 1963, during which the establishment allowed a measure of liberalisation in the cultural life of East Germany. Although Bieler's novel was highly critical of the court system, he and director Maetzig took care to include several 'alibi scenes' in the film that were intended to put the state in a better light and also prevent the banning of the picture. The scenes were also meant to present the judicial reforms that took place between 1961 and 1963.

The short era of liberalisation ended gradually when Leonid Brezhnev took power in the Soviet Union and introduced a conservative, more repressive course on cultural questions. Das Kaninchen bin ich, alongside eleven other films that were deemed politically damaging, was banned in 1965. In 1989, shortly before the collapse of the Eastern Bloc, the picture had finally its world premiere and was released for public screening. It was presented at the Berlin and Locarno film festivals, and was elected as one of the 100 most important German films by a group of historians and critics in 1995. 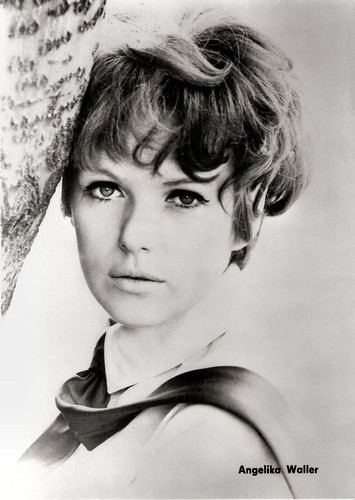 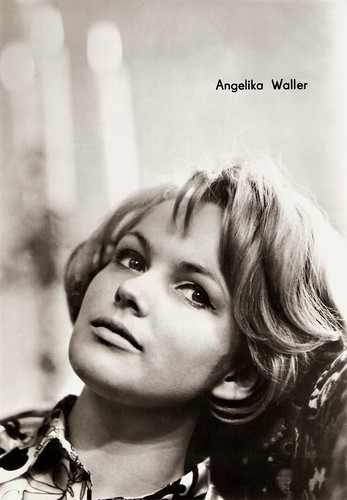 Angelika Waller became a crowd favourite with her second film, the circus film Schwarze Panther/Black Panthers (Josef Mach, 1966). She played the young Martina, who, despite the opposition of her father, tames the panthers in the circus ring and, according to Filmportal.de, “she impresses, among other things, by her artistic talent.”

In subsequent years, she is seen in numerous films in larger and smaller roles, repeatedly under the direction of Rolf Losansky. In the epic film series Osvobozhdenie/Liberation (Juri Oserow, Julius Kun, 1969-1970), Waller played Hitler’s mistress Eva Braun. The five-part film series is a dramatised account of the liberation of the Soviet Union's territory during World War II and the subsequent defeat of Nazi Germany. The series was a Soviet-Polish-East German-Italian-Yugoslav co-production and according to official Soviet statistics, Liberation sold more than 400 million tickets worldwide. In the English-speaking world, a shorter, 118-minutes long version was distributed as The Great Battle.

In the meanwhile, the DEFA studio gave Waller only a few meaty parts, in which she could present her many acting facets, but the television offered her more possibilities. At the East-German television, she could convince in modern women's roles. She embodied emancipated women who decide for themselves in difficult situations. An extremely popular role was the title heroine - a postwoman - in the TV film Rotfuchs/Red Fox (Manfred Mosblech, 1973).

Angelika Waller also regularly played in the Krimi series Polizeiruf 110/Police Call 110 (1972-1987). Very popular was also the TV series Johann Sebastian Bach (1985) in which she played Bach's first wife. Since the 1970s, she worked as a teacher, and later as a professor at the Hochschule für Schauspielkunst 'Ernst Busch' Berlin (Academy of Dramatic Arts Ernst Busch in Berlin). She also worked as a director and staged plays at the Berliner Arbeiter-Theater.

Until 1992, she remained a member of the Berliner Ensemble. In 1990, she returned to the cinema in the post-war comedy Der Bruch/The Break-In (Frank Beyer, 1990) alongside Götz George, Rolf Hoppe and Otto Sander. Waller played a busty woman, cheated by her spouse, who clearly expresses her material wishes. Next, she appeared in two TV films, the comedy Baby-sitter/Babysitter (Peter Welz, 1992) and again together with Götz George - in Tote sterben niemals aus/Dead people never die out (Jürgen Goslar, 1996). She starred in the role of Omi in the experimental film Happiness Is a Warm Gun (Thomas Imbach, 2001) on Petra Kelly and Gert Bastian.

In addition, she also lent her voice as a voice actor to among others Geneviève Bujold in the TV film Anthony and Cleopatra (James Cellan Jones, 1976) and Linda Purl in the TV mini-series The last days of Pompeii (Peter R. Hunt, 1984). In 1978 she received the Art Prize of the GDR. Since 2010 Waller has been a regular guest lecturer at the Thomas Bernhard Institute for Acting and Directing at the Mozarteum in Salzburg.

Most recently, she appeared in the cinemas as the grandmother in Rückenwind von vorn/Away You Go (Philipp Eichholtz, 2018). Angelika Waller lives in Berlin. Her daughter Susann Thiede (born 1963) also works as an actress. 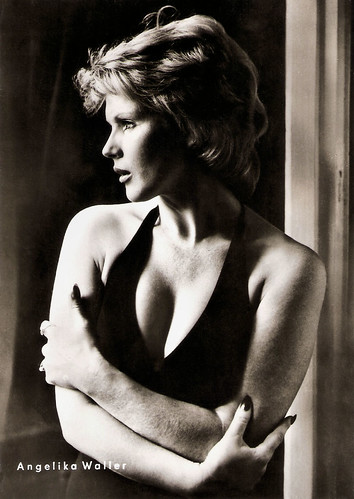