Pierre Mingand (1900-1982) was a talented French actor who could also tap dance, play the piano and sing. He started his career as an athletic dancer in the circus. Later he often appeared together with Danielle Darrieux, both on stage and in a series of films. 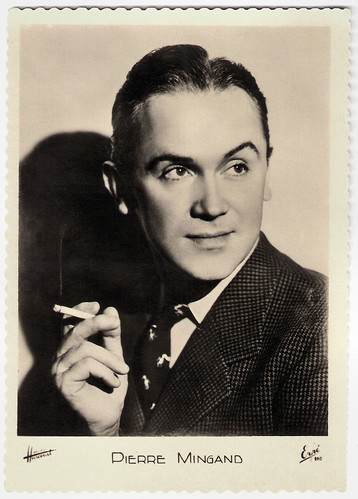 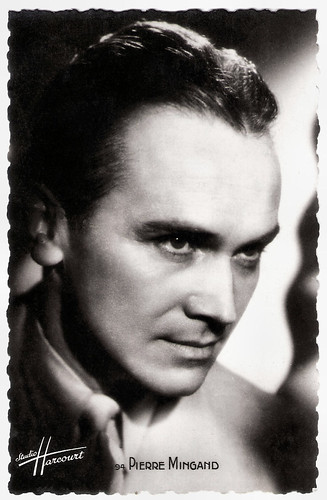 
Pierre Mingand was born Joseph-Yves-Pierre Magnin in 1900 in Besançon in the east of France. He was the son of Achille and Hélène Magnin.

Graduated in commercial sciences, he studied singing and mime. In 1926 the young Pierre Mingand performed in the Circus Molier, founded in 1880 by Ernest Molier. In 1927, he performed at the Cirque de Paris in a duet with Maxime Vaz in an athletic dance number.

Later he was part of Ray Ventura's orchestra as a singer and pianist. He also sang and recorded duets with Danielle Darrieux, with whom he was befriended. 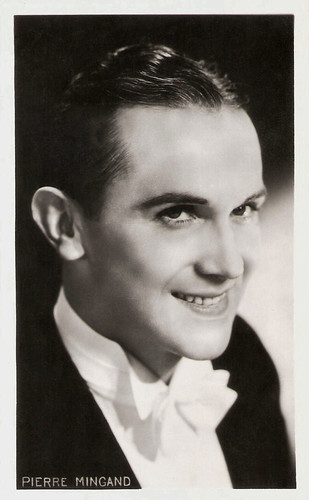 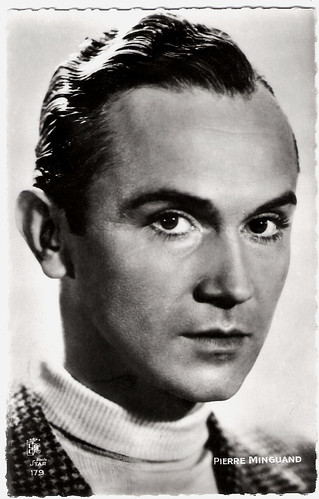 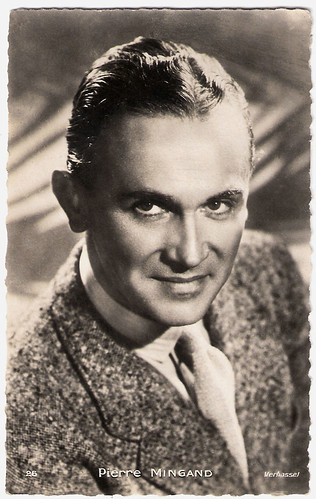 During filming Coup de tête/Impulse (René Le Hénaff, 1944) with André Alerme and Josseline Gaël, Mingand had an accident during a fight scene. He was seriously injured when a part of the set collapsed and fell on top of him. He was immobilised for months and this accident nearly ended his career.

His final film was the comedy Le voleur se porte bien/The thief is doing well (Jean Loubignac, 1948). Mingand also worked in the music hall where he was very successful too. Well known was his song song Rien dans les Mains, rien dans les Poches (Nothing in your hands, nothing in your pockets) which was written in 1948 by Henri Betti and André Hornez.

In 1935, after his success in the stage musical comedy Mademoiselle Mozart (Miss Mozart), he starred in the operetta Trente et Quarante (Thirty-eight) at the Bouffes-Parisiens with music by Werner Richard Heymann. His co-stars were Alice Cocéa and Pierre Brasseur. Many stage productions would follow.

In the 1960s, when his acting career was over, he worked as a sales manager for the company Arago, a subsidiary of the electronics firm Radiohm in Montreuil.

From 1933 till their divorce in 1941, he was married to Irène Montanet. In 1964, he married Marguerite Magnin, born Marguerite Arandel.

In 1982, Pierre Mingand died as a result of an epidemic at the Esquirol Clinic in Agen. He was buried in the family vault at the Chaprais cemetery in Besançon. 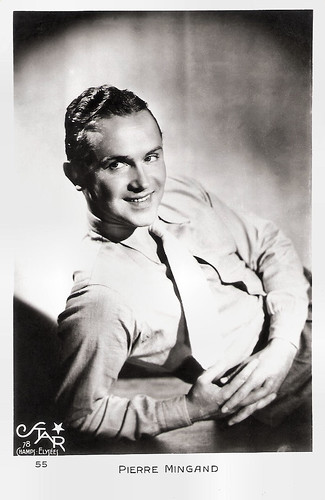 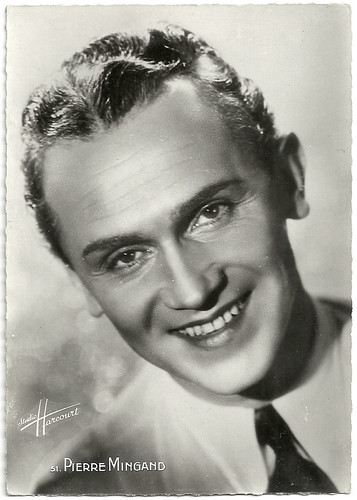 Wonderful refreshing to listen to debonair artist in top form in the 1930,and one up to You Tube after finding no individual commercial cd of his recordings on the net.

As I recuperate from a broken knee accident ,I enjoyed his recordings very much and this excellent article,pleased he is not forgotten today nearly 40 years after his passing.