Austrian actress Käthe Gold (1907–1997) was a successful theatre actress who worked in Austria, Germany and Switzerland. Her stage career prevented her from appearing in many films, although she did a few memorable performances. 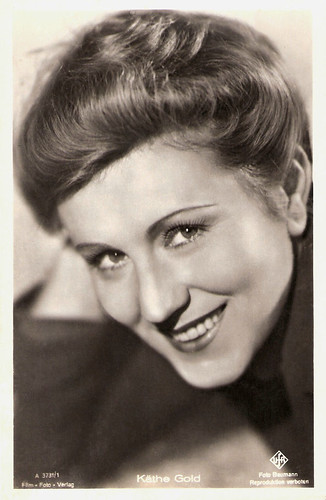 
Katharina Stephanie Gold was born in Vienna, Austria-Hungary (now Austria) in 1907 and was the daughter of a Viennese locksmith.

In 1926 she made her stage debut as Bianca in Der Widerspenstigen Zähmung (The Taming of the Shrew) and from 1927 on she worked in Bern, Mönchengladbach, Breslau (today Wrocław), Munich and between 1932 and 1935 in Vienna at the Theater in der Josefstadt.

In 1935 she went to Berlin, where she remained until 1944. It was during those years that she had her greatest stage successes under the direction of Gustav Gründgens at the Preußischen Staatstheater (Prussian State Theatre).

She shone in such roles as Gretchen in Johann Wolfgang von Goethe's Faust, Ophelia in William Shakespeare's Hamlet, and Nora in Henrik Ibsen's A Doll's House.

Gold's stage career prevented her from appearing in many films. She made her film debut for the UFA as Alkmene in Amphitryon/Amphitryon - Happiness from the Clouds (Reinhold Schünzel, 1935), a musical comedy about the ancient Greeks starring Willy Fritsch. 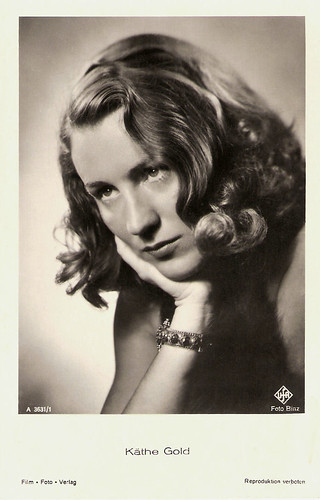 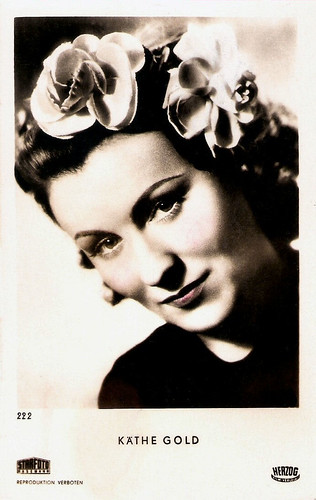 
In 1944 Käthe Gold went to Zurich, Switzerland, and in 1947 she returned to Vienna. There she played at the Burgtheater and the Akademietheater and again enjoyed great successes. In 1985 she retired from the stage.

In the cinema, she appeared opposite René Deltgen in Augen der Liebe/Eyes of Love (Alfred Braun, 1951), and opposite Paul Hubschmid in Palace Hotel (Emil Berna, Leonard Steckel, 1952).

She also had guest appearances in the popular TV krimis Der Kommissar/The Commissionar (1973-1974) and Derrick (1988). 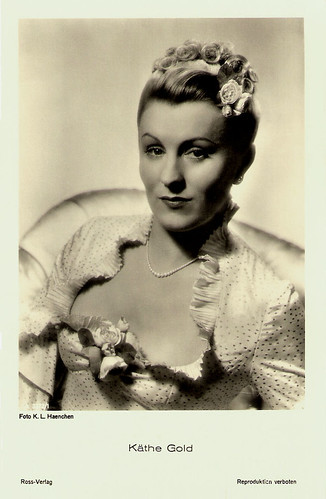 
Scenes from the Burgtheater production Anatol by Arthur Schnitzler with Robert Lindner as Anatol.