Polish-born photographer Roman Freulich (1898–1974) was a pioneer in the Hollywood film industry, who worked for Universal and later for Republic. He made countless popular glamour shots of the stars which were also used for many European film star postcards, but he also did still photography for several classic films and made some interesting independent films. His brother Jack and nephew Henry were also well known Hollywood photographers. 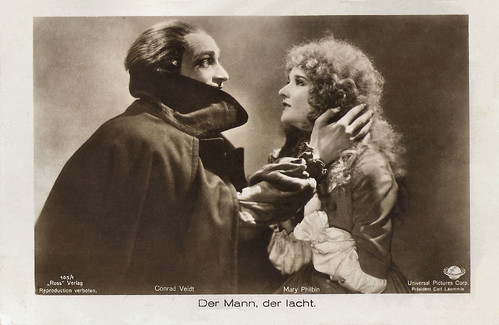 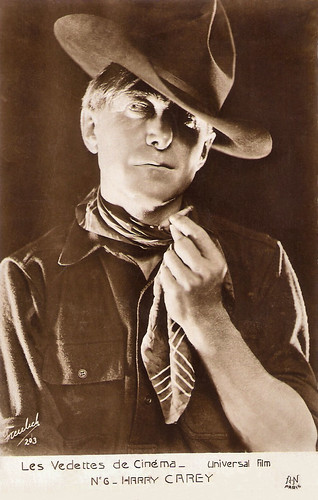 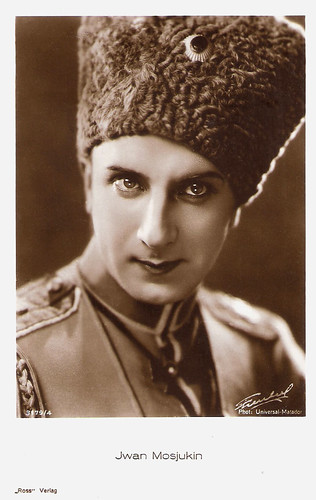 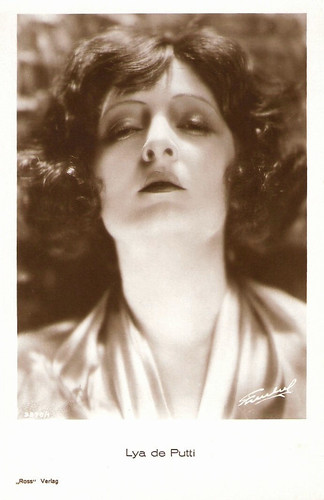 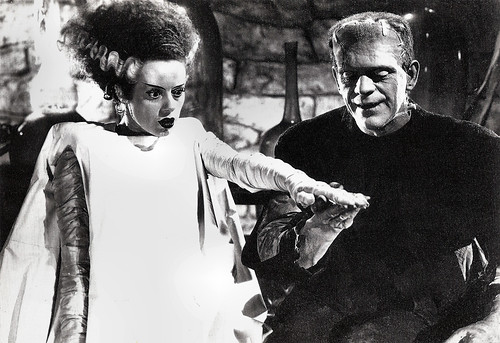 
Roman Freulich was born in 1898 in Czestochowa, Poland, Russian Empire (now Czestochowa, Slaskie, Poland). His parents were no longer young — Isaac Freulich was probably about 50 in 1898 and Nisla was 41. At Roman’s birth, his oldest sibling, his sister Sura Rifka was 20. His oldest brother Jacob, was 18.

He attended both grammar school and gymnasium — the equivalent of an American high school. He was quick to learn and did well in his studies — he became proficient in Russian, Polish, German and Yiddish — and acquired a taste for art, literature and classical music.

As a young teen he became active in the Jewish Socialist movement. Probably against the wishes of his mother and his father he began distributing literature for the movement in his after school time.

Late in 1912, Roman’s after school political activities became worrisome, and he immigrated with his father and a sister to the United States to join his eldest brother Jack (Jacob) in the Bronx. Freulich trained with New York photographer Samuel Lumiere.

In 1920, Freulich moved to Hollywood, where his brother Jack had become a portrait photographer at Universal Pictures. Jack's son, Henry Freulich, would also become a well known still photographer in Hollywood during the 1920s.

According to IMDb, Roman did the still photography for the silent film Outside the Law (Tod Browning, 1920), but it probably was his brother Jack while Roman was confined to a Sanatorium at the time.

In October 1920, Jack had checked Roman into the Barlow Tubercular Sanatorium in Chavez Ravine near downtown Los Angeles. Roman spent the next 15 months of his life there.

In 1922, Roman met his future wife, Katia Merkin. After his honeymoon, a job as a still photographer at Universal was waiting for Roman in California.

During his first 12 years at Universal, he worked closely with his brother and undoubtedly learned a great deal about production work, publicity shots and portraiture.

Among the films for which he did the still photography are The Phantom of the Opera (Rupert Julian, 1925) with Lon Chaney, The Man Who Laughs (Paul Leni, 1928) starring Conrad Veidt, All Quiet on the Western Front (Lewis Milestone, 1930), and Dracula (Tod Browning, 1931) featuring Bela Lugosi.

Another horror classic for which he did the still photography is The Black Cat (Edward G. Ulmer, 1934) starring both Boris Karloff  and Bela Lugosi.

Later in the 1930s, he photographed for Universal such musicals as the Deanna Durbin vehicles One Hundred Men And A Girl (Henry Koster, 1937) and Mad About Music (Norman Taurog, 1938) and The Under-Pup (Richard Wallace, 1939) with Gloria Jean. 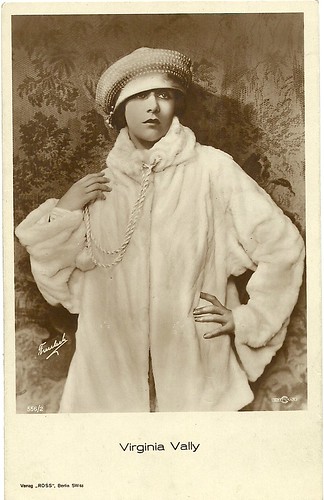 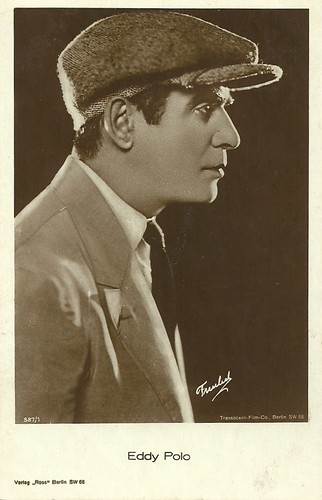 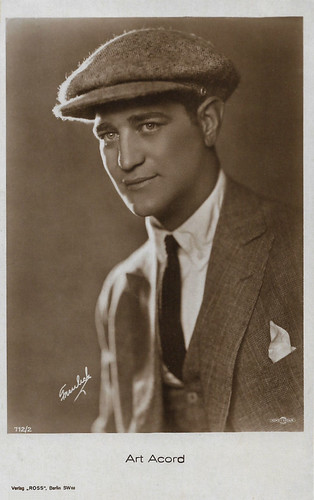 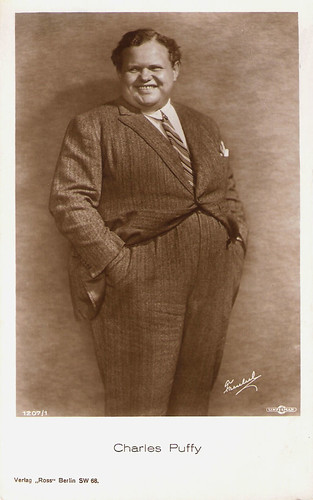 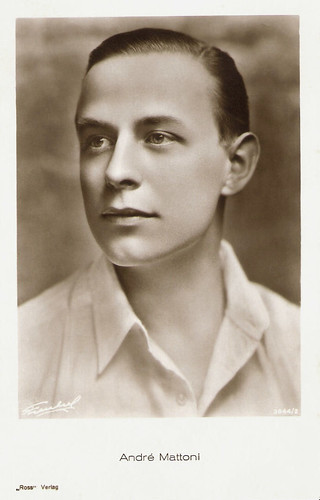 
In 1944, Roman Freulich was offered a position at Republic Studios as head of its still department. During his 13 years at Republic the Western played the same role as the horror film had played at Universal — it was the company bread and butter.

In the late 1950s, after Republic ceased production, Freulich freelanced, mostly for United Artists, until the mid-1960s. He worked on such B-films as the prostitution drama Vice Raid (Edward L. Cahn, 1959) with Mamie van Doren, and the Western Young Jesse James (William F. Claxton, 1960).

Freulich's immigration to America and the loss of his family members who had remained in Poland during the Holocaust are two legacies that distinguished Freulich from his fellow cameramen in Hollywood. In 1938. Freulich had made a trip to Poland in part to encourage family members to immigrate to the United States. He made photos of his family in Lodz and also made images of street scenes in Łódź, and two images taken in Warsaw.

The remarkable output of Freulich's independent work, consisting of film projects that ventured far beyond the relative professional shelter provided by his popular glamour shots. Freulich sought to give voice to the voiceless as evidenced in his self-produced short film Broken Earth (Roman Freulich, 1936) – the first film to feature a black actor (Clarence Muse) in a starring role – as well as his collaborations with the actor Paul Robeson.

Freulich authored Soldiers in Judea, Stories and Vignettes of the Jewish Legion (1964) and The Hill of Life (1968), a fictionalised biography of Joseph Trumpeldor. 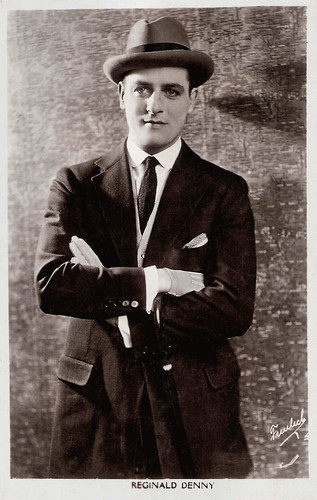 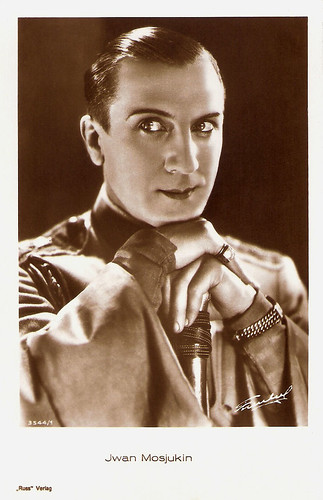 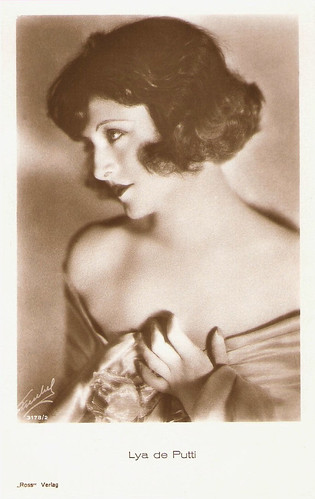 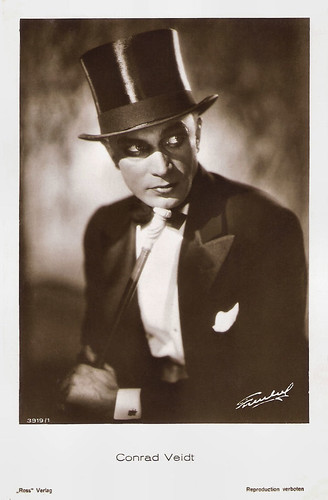 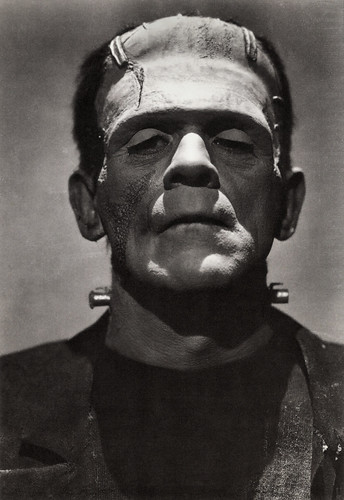 November and December will be EFSP's Hollywood months with European postcards of American film stars and films. From the 1920s on, the Hollywood studios had their own photo departments, so we will stop with our series on photographers and start a new series on the Hollywood studios. It starts next Saturday, 10 November, with Warner Bros.