Priscilla Dean (1896-1987) was an American actress of the silent screen. Between 1912 and 1928, she appeared in some 70 silent films, and later in five sound films. She is best known for her Universal films under the direction of horror specialist Tod Browning. 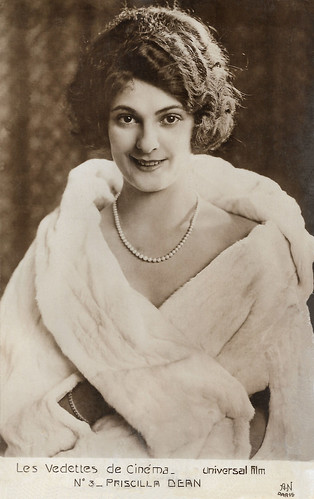 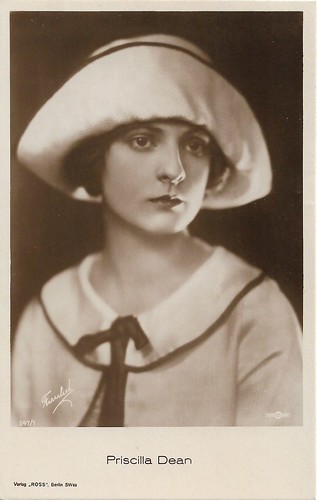 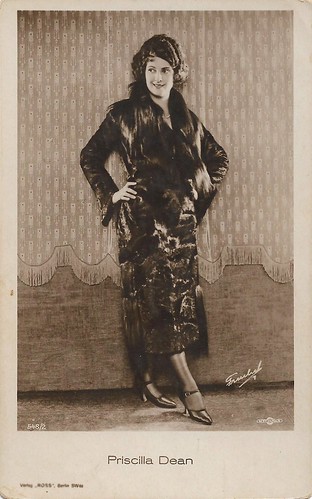 Priscilla Dean was born in 1896 in New York City as the daughter of theatre actors. Her mother was popular stage actress May Preston Dean.

From when she was four, Priscilla played in her parents' productions. As a child, she pursued a stage career at the same time as being educated at a convent school until the age of fourteen. By age 10, she was a seasoned professional.

Dean made her film debut and appeared in two short films, released in 1912. One of them was directed by D. W. Griffith for the Biograph company, A Blot under 'Scutcheon (1912).

Until 1928, she contributed to 68 American silent films, including many short films directed by Jack Dillon made in the mid-1910s for the Vogue Company.

From 1916 onwards, she worked for IMP, which was later merged with other film companies into Universal. She played the female lead in the Eddie Lyons & Lee Moran comedies, directed by Louis Chaudet for Nestor, another company which was merged into Universal.

Her appearance in the action serial The Gray Ghost (Stuart Paton, 1917) opposite Eddie Polo propelled her to stardom, and she began appearing in many of Universal's most prestigious productions.

Greta de Groat at Unsung Divas: "Priscilla Dean was a very unlikely diva. Her photos show a plain but cheerful looking woman, with rather heavy features, a crooked grin, and an unfashionably curvaceous figure. But on screen her intensity is unmatched. " 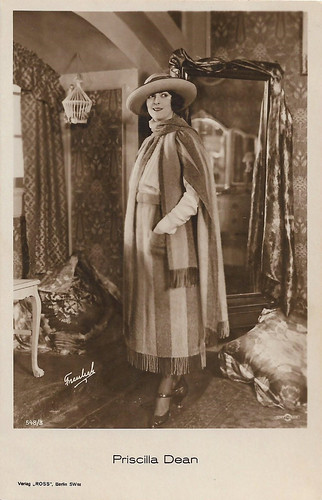 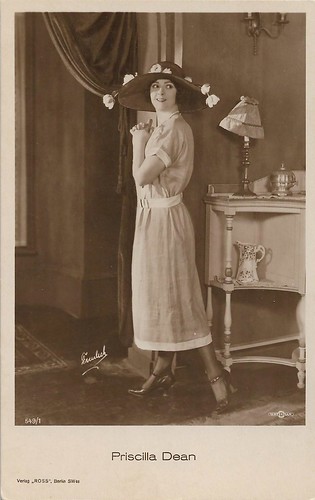 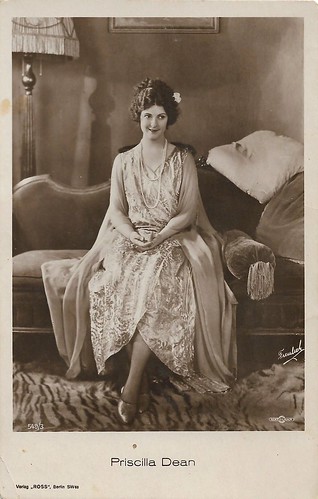 Priscilla Dean is best known for her participation, between 1918 and 1923, in nine Universal films by Tod Browning. These films include The Wicked Darling (1919) in which she played a s pair of pickpockets with Lon Chaney, The Virgin of Stamboul (1920) with Wallace Beery, Outside the Law (1920), with Lon Chaney, Under Two Flags (1922), and White Tiger (1923), with Raymond Griffith.

Browning unleashed her talent. Her performance in Outside the Law (1920) is "startlingly fierce", according to Greta de Groat. In the French Foreign Legion melodrama Under two Flags (1922) she played Cigarette, a role re-created in a sound version by Claudette Colbert.

In The Virgin of Stamboul and Outside the Law, Dean played together with Wheeler Oakman, who was also under contract at Universal an was for a time her husband.

After 1923, Dean worked for several companies: she did quite a few films at Metropolitan, a few shorts at Hal Roach such as Slipping Wives (Fred Guiol, 1927), with Laurel & Hardy, and one or two productions at Hunt Stromberg and Columbia.

The coming of sound damaged her career. By the early 1930s she was appearing in low-budget films for small independent studios. Dean retired permanently from the screen after five talking pictures (three shorts in 1931 and two feature films in 1932).

Her last film was Klondike (Phil Rosen, 1932) with Thelma Todd and Lyle Talbot. Great de Groat: "Her starring career was brief, but there was nobody else quite like her."

Priscilla Dean was first married to Wheeler Oakman but they divorced in the mid-1920s. In 1928, she married Leslie Arnold in Mexico. Arnold was divorced, but one court called this invalid, making him a bigamist, but in the end that verdict was overruled.

Lt. Leslie Arnold had made history by flying around the world in 1924. Dean and Arnold remained married until his death in the 1960s. They had no children.

In 1987, Priscilla Dean died at her home in Leonia, New Jersey, after the complications of a fall one year earlier. She was 91. 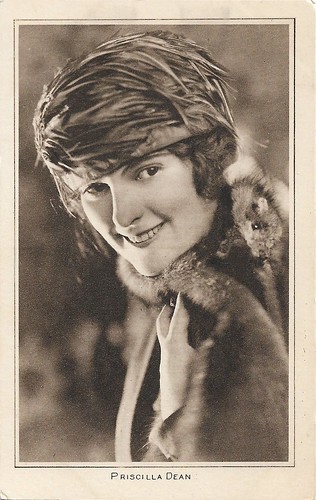 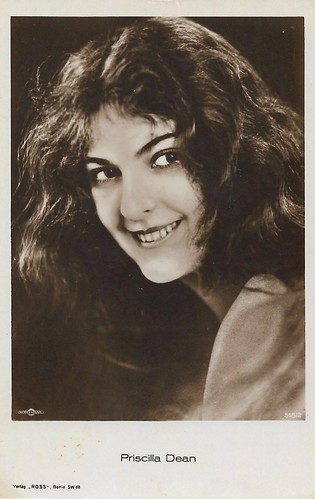 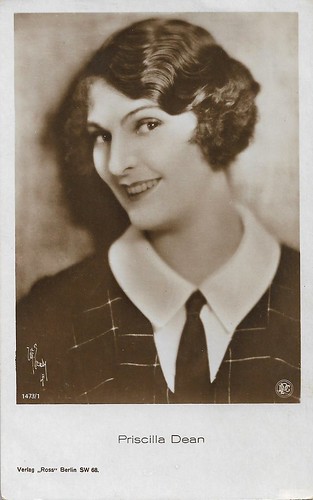 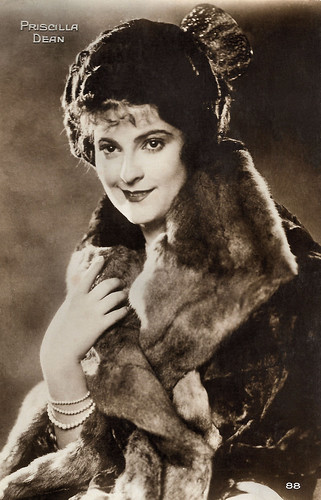 French postcard by Cinémagazine-Edition, no. 88.