Last Friday, 26 April 2019, German film and stage actress Ellen Schwiers passed away at the age of 88. The versatile actress often appeared as the dark, passionate woman, enmeshed in her own sensuality or another fate. During her 60 year-career she played in ca. 50 films and 150 television productions, but she also worked as a stage actress, director and intendant. 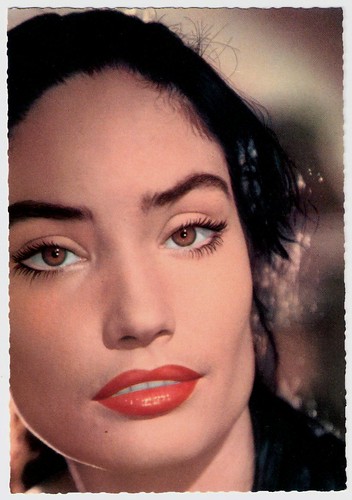 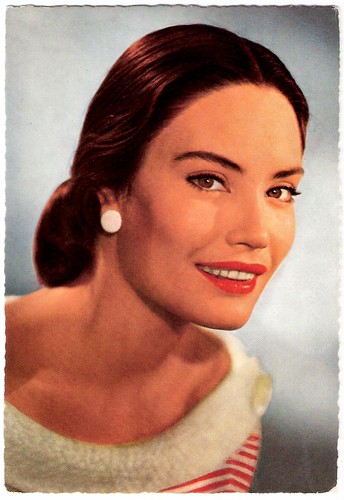 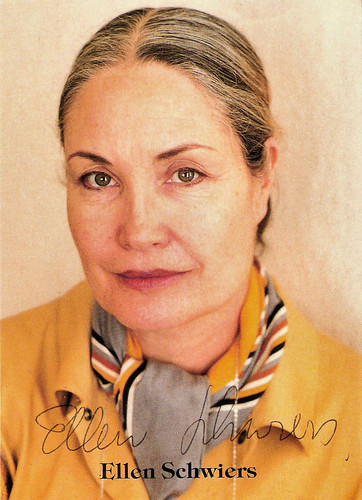 Ellen Schwiers was born in Stettin, Germany (now Szczecin, Poland) in 1930. She was the daughter of stage actor Lutz Schwiers. Her brother, Holger Schwiers, was also an actor.

Ellen was trained to be a baker and a gardener, and before her breakthrough as an actress, she worked as a prompt. Her father gave her acting classes and she made her first stage appearance at the Stadttheater in Koblenz. Engagements in München (Munich), Frankfurt a.M., Göttingen and Zürich followed.

In 1949 she made her film debut in the romance Heimliches Rendezvous/Secret Rendezvous (Kurt Hoffmann, 1949). In the following sixty years she would play dozens of film roles.

She had her breakthrough in the cinema in the mid-1950s. She then appeared in box office hits like the war drama 08/15–2. Teil/ 08/15 Part 2 (Paul May, 1955), Anastasia – Die letzte Zarentochter/Anastasia: The Czar's Last Daughter (Falk Harnack, 1956) with Lilli Palmer, Skandal um Dr. Vlimmen/Dr. Vlimmen (Arthur Maria Rabenalt, 1956) and the Oscar nominated comedy Helden/Arms and the Man (Franz Peter Wirth, 1958) with O.W. Fischer and Lilo Pulver.

In France she appeared opposite Fernandel in the classic comedy La vache et le prisonnier/The Cow and I (Henri Verneuil, 1959). She was offered a seven-year-contract by a major Hollywood studio, but she refused to move to Los Angeles due to her family. 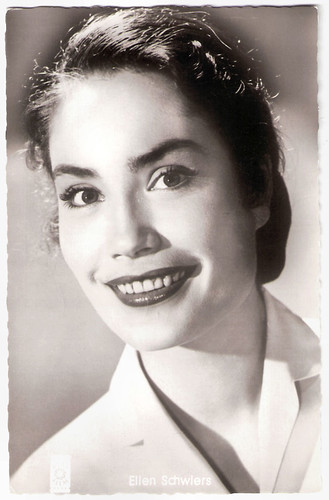 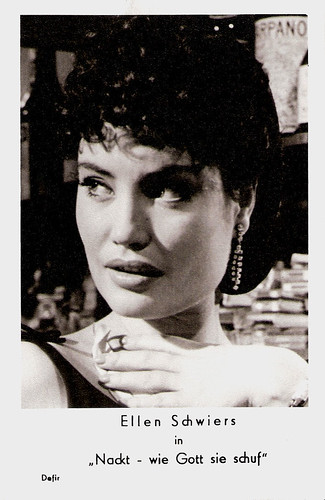 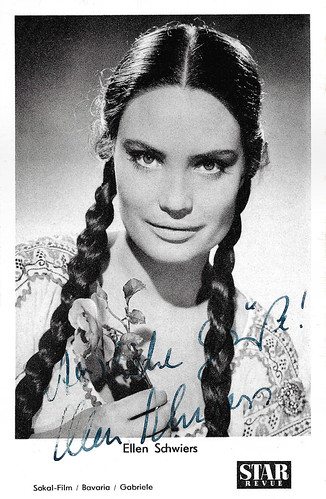 One of her best parts was Buhlschaft in the film adaptation of Hugo von Hofmannsthal’s Jedermann/Everyman (Gottfried Reinhardt, 1961) opposite Walter Reyer.

When the German film industry got in a crisis during the 1960s, she started to focus on television, and appeared in such hit series as Derrick and Tatort. On stage she starred as Lady Macbeth in William Shakespeare’s Macbeth (1972) or Lysistrata in Hochhuth’s Lysistrata und die Nato (1974).

During the 1970s she appeared in the international productions Novecento/1900 (Bernardo Bertolucci, 1976) - as the aunt of Robert de Niro, and Fedora (Billy Wilder, 1978) with William Holden, Marthe Keller and Hildegard Knef.

In 1982 Ellen Schwiers founded Das Ensemble Jacob-Schwiers together with her husband and her daughter. She managed this theatre ensemble, for which she also directed plays.

Her last feature film was Scarmour (Sikander Goldau, 1997). She regularly appeared on German television. Recent TV-films were the thriller Mord am Meer/Murder at the Lake (Matti Geschonneck, 2005), the tragi-comedy Mein Vater und ich/My Father and I (Rolf Silber, 2005) with Dietmar Schönherr, and Eine Liebe in Königsberg/A Love in Königsberg (Peter Kahane, 2005).

In 2009 she appeared in the popular crime series SOKO 5113 and in 2011 in in the TV dramas In den besten Jahren/In the Best Years (Hartmut Schoen, 2006) with Senta Berger, and Im Fluss des Lebens/In the river of life (Wolf Gremm, 2011) with her daughter Katerina Jacob.

Ellen Schwiers was awarded the Bundesverdienstkreuz in 1989. On 26 April 2019, she passed away in Berg am Starnberger See, Bavaria, at the age of 88. Actress Josephine Jacob is her granddaughter. 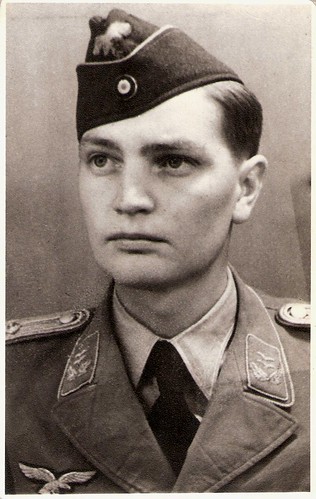 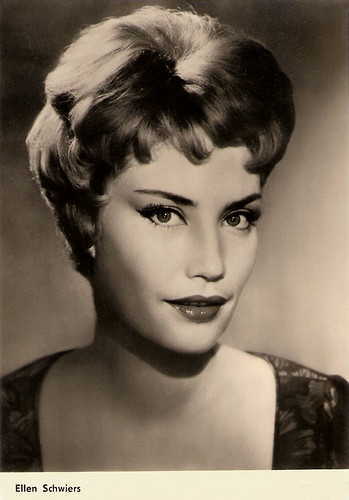 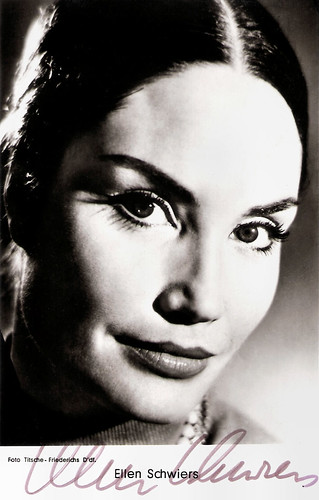