Aileen Pringle (1895-1989) was an American film actress of mainly the silent screen. In 1920 she started her film career at Paramount and moved to Goldwyn in 1923. Her biggest hit was Three Weeks (Alan Crossland, 1924). 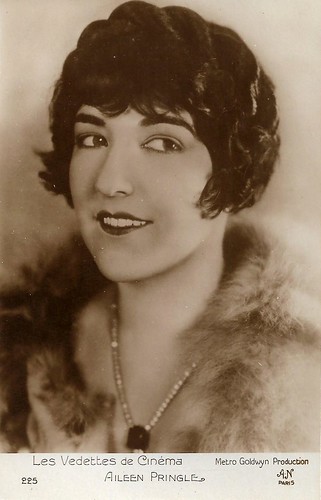 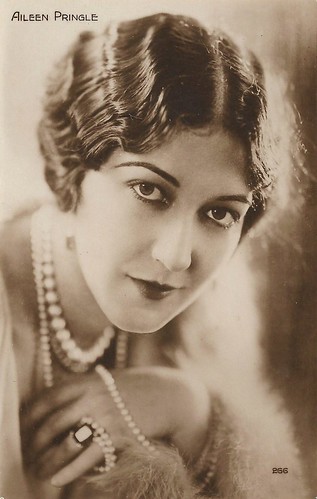 French postcard by Editions Cinémagazine, no. 266.

The three-week extra-marital love affair of a queen

Aileen Pringle was born Aileen Bisbee in 1895 within a wealthy family in San Francisco. She was educated in Europe. In 1916 she married Charles McKenzie Pringle, the son of a wealthy titled British Jamaican landowner and a member of the Privy and Legislative Councils of Jamaica.

In 1920 she started her film acting career, first at Paramount, moving to Goldwyn Pictures around 1923. She acted in films like Stolen Moments (James Vincent, 1920), starring Marguerite Namara and also with Rudolph Valentino, and Souls for Sale (Rupert Hughes, 1923), starring Eleanor Boardman in her first leading role.

She became known in 1924 for her appearance in the Goldwyn production Three Weeks (Alan Crossland, 1924) with Conrad Nagel. The film catapulted her into stardom and remains her best-known production. Based on a novel by Elinor Glyn, it focuses on the three-week extra-marital love affair of a queen, fed up with her brutal husband.

Later that year, Pringle also appeared in True As Steel (Rupert Hughes, 1924) with Huntley Gordon, and the drama His Hour (King Vidor, 1924) with John Gilbert, the follow-up to Three Weeks. 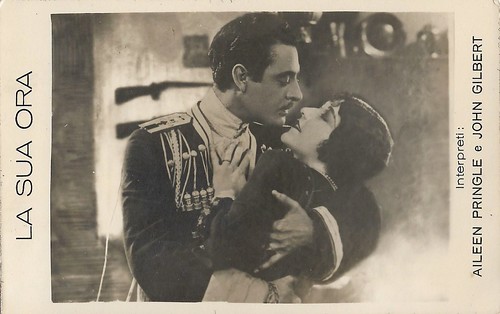 A scandal on board of William Randolph Hearst's luxurious yacht

Aileen got involved in a scandal when on 19 November, Ince mysteriously died there. Although the death of Ince was ruled to have been caused by a gastro-intestinal illness, the press frenzy that followed turned the event into a Hollywood legend. However, it did not affect Pringle's career.

Several sources say that Pringle regularly treated her colleagues haughty and dismissive on the set, which eventually affected her offer of roles. Instead, Aileen Pringle often was dubbed by the press as the 'Darling of the Intelligentsia'. She was a member of the Algonquin Round Table, and was close with writers such as Carl Van Vechten, Joseph Hergesheimer, Rupert Hughes. In particular H.L. Mencken was a lifelong friend.

The American artist Ralph Barton was also a devoted friend and used her as the model for Dorothy in his illustrations for 'Gentlemen Prefer Blondes' by Anita Loos. Her wit, keen intellect and sparkling personality made her a sought-after companion.

After her 1926 divorce from Charles Pringle, Aileen further focused on her acting career. In the later 1920s, Pringle worked mostly at MGM and had either the female lead, e.g. in A Single Man (Harry Beaumont, 1929) with Lew Cody, or was the female antagonist of the plot, as in Dream of Love (Fred Niblo, 1928) with Joan Crawford and Nils Asther.

In 1944 Pringle married the author James M. Cain, but the union lasted only two years and ended in divorce. She remained prosperous for the rest of her life and died in 1989 at the age of 94. In 1960, Aileen Pringle received a star on the Hollywood Walk of Fame for her contributions to film. 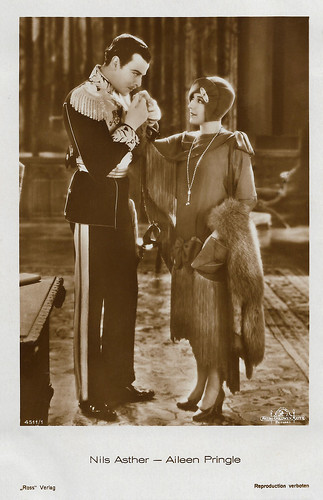 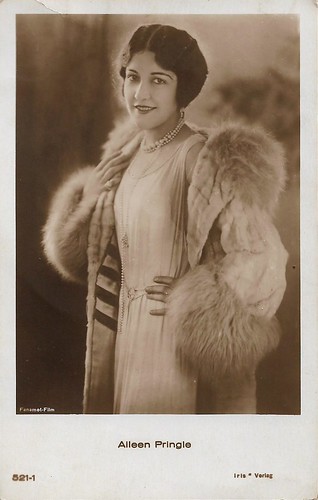