Beautiful, brassy Barbara Lang (1928–1982) was an American actress and singer. During the 1950s she was one of the many B-level blondes in Hollywood who were promoted as the new Marilyn Monroe. However, Lang appeared in only three films. 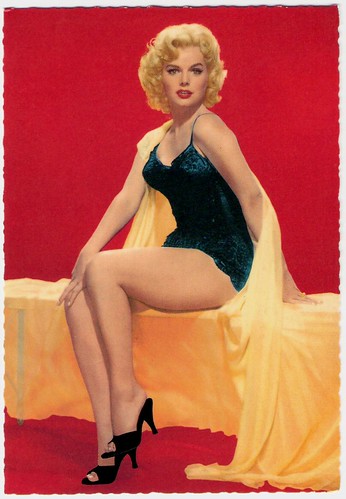 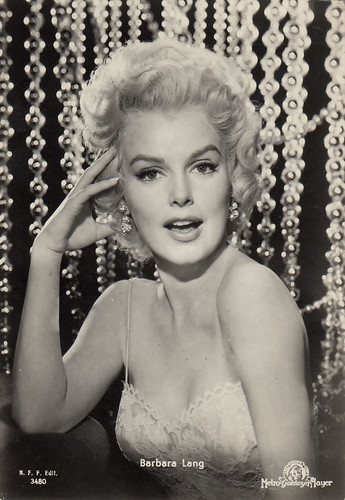 Barbara worked a number of jobs before she broke into the entertainment industry. She sold jewellery in a Los Angeles department store and was a part-time fashion model at the age of seventeen. She was also a pianist and singer for a time in a cocktail lounge.

Lang suffered an attack of poliomyelitis in late 1953. She spent three weeks in the polio ward of Los Angeles General Hospital. Lang was told that she might never walk again. She turned to the Bible during this time and reportedly credited faith for performing a miracle. Shortly after being stricken, her legs and facial muscles were paralysed, and she had difficulty speaking. After many months of treatment she was able to walk again. The lingering effects of her illness robbed her of much of her stamina and she would tire easily for the rest of her life.

Recovered from polio, Lang went into television work. She first came to the attention of Hollywood producers with appearances in Death Valley Days (1955–1956), a TV series featuring true stories of the old American West, particularly the Death Valley area. Reportedly, half a dozen film studios vied to sign Lang after her TV performances.

She chose for Metro Goldwyn Mayer and was assigned to drama lessons. The starlet's first role was a bit part in Hot Summer Night (David Friedkin, 1957), starring Leslie Nielsen.

As a new star for MGM, Lang played the feminine lead in the Film Noir House of Numbers (Russell Rouse, 1957), co-starring with Jack Palance. In the film, Palance plays two similar-looking brothers: Bill and his younger brother Arnie Judlow. Bill is a good citizen, trying to help his ex-professional boxer brother, Arnie, convicted of murder, escape from San Quentin State Prison to return to Arnie's wife, Ruth, played by Lang. It was filmed inside San Quentin Prison and in Mill Valley, California.

Bethany Cox at IMDb: “While the story is less than perfect, there are some twists that keep it from being a standard thriller and there is some low-key suspense. The prison escape scheme is at times pretty ingenious. The characters maintain interest and the chemistry between the actors is continually good.” 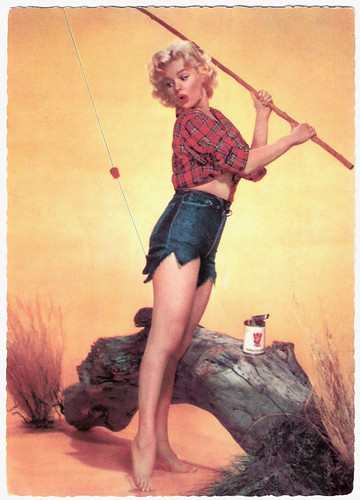 A Chicago showgirl of the 1930s called Ginger D'Amour

Bruce Eder at AllMovie: “Party Girl is regarded by many Nicholas Ray fans as the most beautiful looking of all of his movies. Shot in CinemaScope and color, and starring Cyd Charisse (with Robert Taylor, it gave cinematographer Robert J. Bronner one of the best showcases he ever had for his work, and was a treat to the eye of the viewer, a veritable explosion of color and motion for many of its best sequences.”

A huge disappointment then for Barbara was when she lost out on the co-starring role opposite Elvis Presley in Jailhouse Rock (Richard Thorpe, 1957). After being initially named by the studio for the part, Judy Tyler was given the coveted role instead.

In November 1958, Lang won an annulment of her two-year marriage to actor Alan Wells, who had been her co-star in Death Valley Days. The decree was granted on grounds that Wells married Lang in Ensenada, Mexico, ten months before his divorce from actress Claudia Barrett was final.

Gary Brumburgh at IMDb: “With her annulment from Wells finalised in 1958 and a career going into an abrupt tailspin, Barbara attempted suicide in 1959 with an overdose of sleeping pills. She recovered but her career did not.”

Wells was her second husband. The first had been William McCorkle (1946-1952; divorced), and her final husband would be John George (1967-1972; divorced). She had two daughters, Pam and Cheryl. At age 54, Barbara Lang died in 1982 in Los Angeles, reportedly from pneumonia. 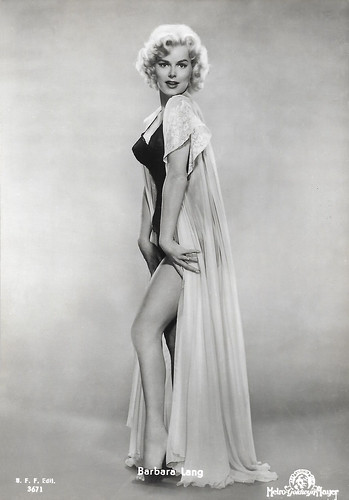 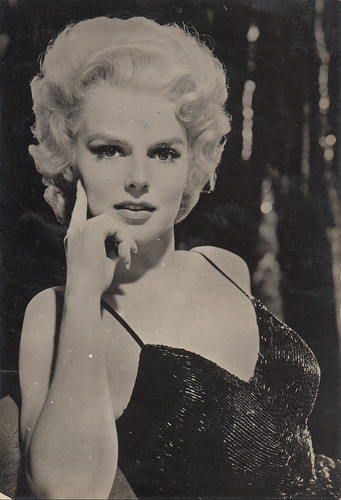