American actress, director, and producer Jodie Foster (1962) has received two Academy Awards, three British Academy Film Awards, two Golden Globe Awards, a Screen Actors Guild Award and the Cecil B DeMille Award. A child prodigy, Foster began her professional career at the age of 3. Foster's breakthrough came at 14 with Martin Scorsese's psychological thriller Taxi Driver (1976). She played a child prostitute, for which she received an Oscar nomination. As an adult she won new acclaim with The Accused (1988), The Silence of the Lambs (1991), and Nell (1994). She later starred in four thrillers, Panic Room (2002), Flightplan (2005), Inside Man (2006) and The Brave One (2007), which were commercially successful and well-received by critics. She has focused on directing in the 2010s. 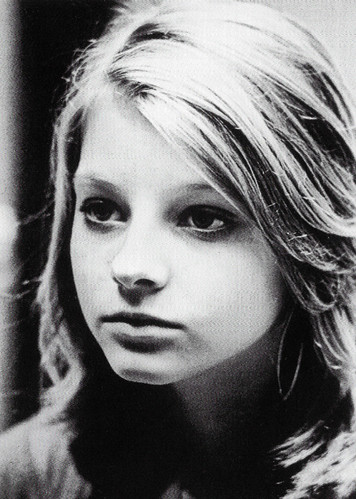 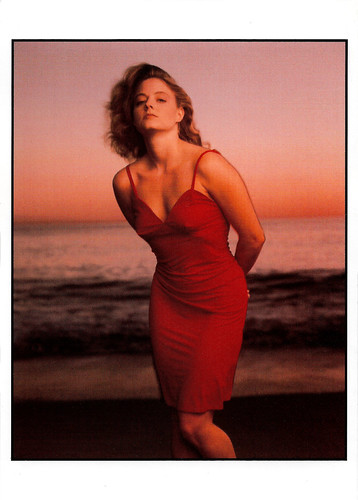 A prostitute at the tender age of 12


Jodie Foster was born Alicia Christian Foster in 1962 in Los Angeles. She is the daughter of Evelyn Ella 'Brandy' (Almond), a producer, and Lucius Fisher Foster III, an Air Force lieutenant colonel and real estate broker. She is the younger sister of Buddy Foster, Cindy Foster Jones and Connie Foster, who all also acted. Brandy had filed for divorce in 1959 after having three children with Lucius, but the exes had a brief re-encounter in 1962 which resulted in Alicia's birth.

Her older siblings nicknamed her Jodie, a name she has used in her profession. She started her career in a Coppertone Suntan Lotion commercial when she was 3 years old and made commercials for four years. She made her debut as an actress in the TV series Mayberry R.F.D. (1968), on which her brother, Buddy Foster, was a regular. She stayed very busy as a child actress, working on television programs such as The Doris Day Show (1968), Adam-12 (1968), The Courtship of Eddie's Father (1969), The Partridge Family (1970), Bonanza (1972), and Gunsmoke (1969-1972).

Jodie first drew attention from critics with her appearance in Martin Scorsese's Taxi Driver (1976) alongside Robert De Niro and Harvey Keitel, where she played a prostitute at the tender age of 12. Her sister, Connie Foster, was her stand-in during the more explicit scenes. She received her first Oscar nomination as Best Supporting Actress for her role.

She was 12 turning 13 during production of The Little Girl Who Lives Down the Lane (Nicolas Gessner, 1976), for which she won the Saturn Award for Best Actress. Foster went on to have a very successful career in her early teens with leading roles in Bugsy Malone (Alan Parker, 1976) as the mini-vamp Tallulah, and the Disney films Freaky Friday (Gary Nelson, 1976) with Barbara Harris, and Candleshoe (Norman Tokar, 1977) opposite David Niven and Helen Hayes.

Fluent in French by age 14, she spoke her own lines in the French film Moi, fleur bleue (Eric Le Hung, 1977) with Jean Yanne and Sydne Rome. She also co-starred in the Italian comedy Casotto (Sergio Citti, 1977) with Catherine Deneuve. The last film she made during this era was the coming-of-age drama Foxes (Adrian Lyne, 1980), before enrolling at Yale University.

In 1981, during her freshman year at Yale, she was attached to a worldwide scandal when a crazed and obsessed fan named John Hinckley stalked her and attempted to assassinate President Reagan.  When captured, Hinckley insisted he'd done it to impress Foster - a re-creation of a similar incident in Taxi Driver. 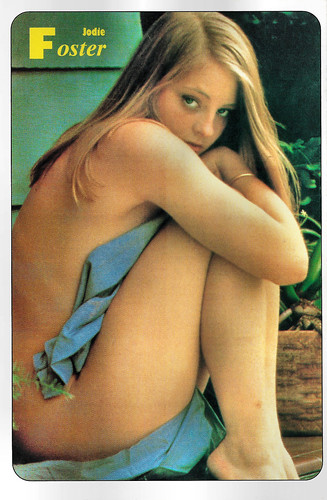 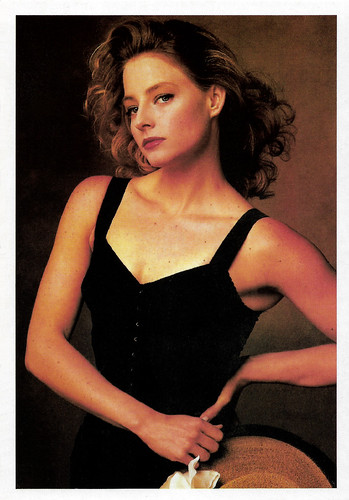 A waitress who is gang-raped in a bar

Foster sought a breakthrough role that would return her to stardom. After appearing in a few obscure films with limited release, she landed an audition for The Accused (Jonathan Kaplan, 1988). She was cast in the part of Sarah Tobias, a waitress who is gang-raped in a bar during a night of partying and teams up with a lawyer played by Kelly McGillis to prosecute the attackers. This performance earned her an Academy Award for Best Actress, but despite the Oscar win, Jodie still hadn't re-established herself as a bankable star.

Her next film, Catchfire (Dennis Hopper, 1990), went straight to video, and she had to campaign hard to get her next good role. In 1991, she starred as Clarice Starling, an FBI trainee assisting in a hunt for a serial killer in The Silence of the Lambs (Jonathan Demme, 1991) with Anthony Hopkins. The film was a blockbuster hit, winning Jodie her second Academy Award for Best Actress and establishing her as an international film star.

With the wealth and fame to do anything she wanted, Jodie started directing. She made her directorial debut with Little Man Tate (Jodie Foster, 1991), about the tribulations of a child genius. It was followed by Home for the Holidays (Jodie Foster, 1995) with Holly Hunter, Anne Bancroft and Robert Downey Jr. These films were critically acclaimed but did not do well at the box office, and she proved to be a far more successful actress than she was a director.

On the set of Sommersby (Jon Amiel, 1993) with Richard Gere, she met Cydney Bernard and was in a serious relationship with her until they broke up in 2008. 1994 was a huge triumph for her acting career. She first played a sexy con artist in the successful Western comedy Maverick (Richard Donner, 1994) with Mel Gibson and James Garner.

She made her debut as producer in 1994 with Nell (Michael Apted, 1994). She also played the title role opposite Liam Neeson and Natasha Richardson. For her compelling performance as a wild, backwoods hermit who speaks an invented language and must return to civilisation, Jodie was nominated for another Academy Award and won a Screen Actors Guild Award as Best Actress.

Although she was working far less frequently as an adult than she did as a child, the films she turned out were commercially successful and critically acclaimed. Her next big screen role was in the science fiction drama Contact (Robert Zemeckis, 1997) opposite Matthew McConaughey. She played a scientist who receives signals from space aliens. The film was a huge hit and brought her a Golden Globe nomination.

She had to pull out of Double Jeopardy (Bruce Beresford, 1999) because she became pregnant, and was replaced by Ashley Judd. In 1999, her son Charles Foster, with partner Cydney Bernard, was born. She returned to work four months later in order to begin filming Anna and the King (Andy Tennant, 1999), a non-musical remake of The King and I (Walter Lang, 1956). The film was only modestly received in the U.S. but was successful in the rest of the world. 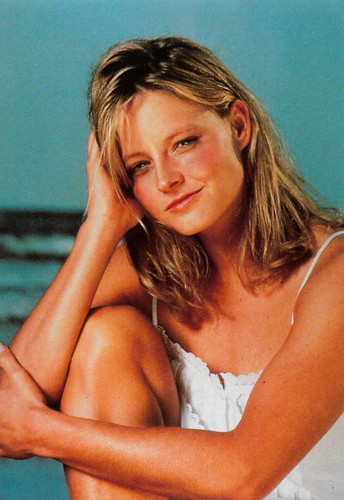 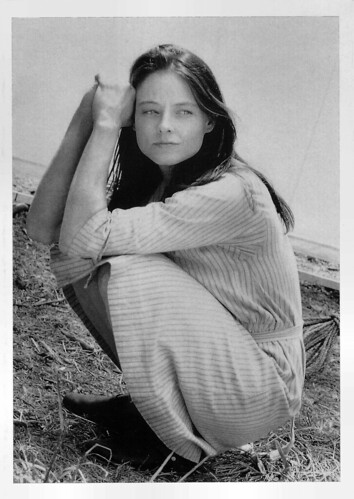 Canadian postcard by Canadian Postcard, no. A-253. Jodie Foster in Nell (Michael Apted, 1994).


Jodie Foster returned to work four months after giving birth to her second son Kit Foster, but she shut down her production company Egg Pictures in late 2001 to spend more time with her children. She headlined the thriller Panic Room (David Fincher, 2002), which co-starred Kristen Stewart. The film was a smash box-office hit and gave Jodie a $30 million opening weekend, the biggest of her career yet.

She returned to making Hollywood mainstream films, first with Flightplan (Robert Schwentke, 2005), in which she played a woman whose daughter disappears on an airplane that she designed. Once again Jodie proved herself to be a box-office draw, and the film was a worldwide hit.

The following year, she starred in another hit, the bank heist thriller Inside Man (Spike Lee, 2006) with Denzel Washington and Clive Owen. Jodie was on a roll. Her next film was the revenge thriller The Brave One (Neil Jordan, 2007), which once again opened at #1 at the box office and earned her another Golden Globe nomination for Best Actress.

Following this succession of thrillers that all had her playing tough women, Jodie returned to the comedy genre in Nim's Island (Jennifer Flackett, Mark Levin, 2008) with Gerard Butler and Abigail Breslin. She reunited with Mel Gibson in the comedy The Beaver (Jodie Foster, 2011). Strong roles followed in Carnage (Roman Polanski, 2011) with Kate Winslet, and the Sci-Fi film Elysium (Neill Blomkamp, 2013) with Matt Damon.

In 2013, she received the Cecil B. DeMille award at the Golden Globe Awards. In April 2016, Jodie Foster married Alexandra Hedison. In July that year, John Hinckley was released after almost 35 years of commission to St. Elizabeth's Mental Institution. Lately, she focused on directing and made the film Money Monster (2016), as well as episodes for the TV series Orange Is the New Black, House of Cards, and Black Mirror.

Jodie Foster's most recent film is Hotel Artemis (Drew Pearce, 2018) in which she runs a high-security, members-only hospital for high-rolling criminals in Los Angeles.