Austrian actor Rolf Wanka (1901-1982) was a handsome, suave star of the European cinema of the 1930s and the 1950s. He often played supporting parts as well-dressed, dignified gentlemen, and appeared in more than 100 films and television shows between 1931 and 1976. 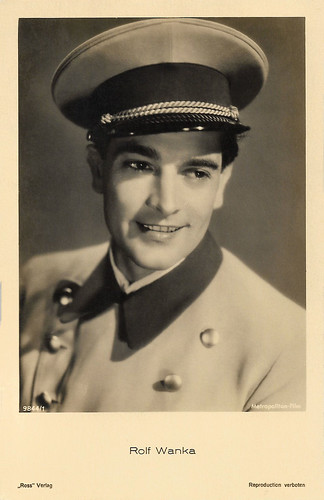 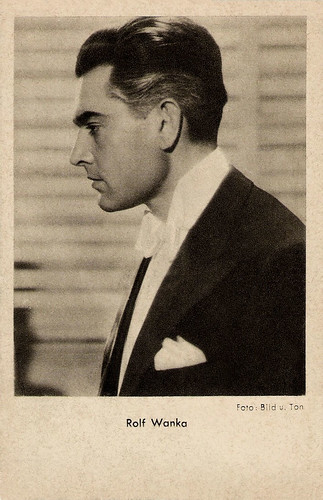 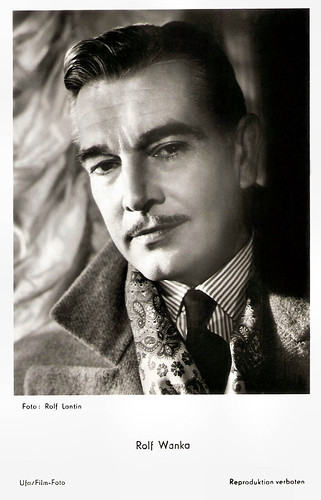 The Lover of Love

He studied at the Technological Highschool in Prague, and later at the universities of Innsbruck and Vienna, where he majored in economics, medicine and philosophy. From 1928 on, he was the director of a machine factory.

In 1931, he made his film debut with a bit part in the classic thriller M - Eine Stadt sucht einen Mörder/M (Fritz Lang, 1931), starring Peter Lorre. The film revolves around the actions of a serial killer of children and the manhunt for him, conducted by both the police and the criminal underworld.

Wanka decided to become an actor The following year, he appeared in the German-Czech comedy Wehe, wenn er losgelassen/Woe, if he let go (Martin Fric, Karel Lamac, 1932). In 1933 and 1934, he studied acting with Aurel Novotny in Vienna.

In the next years he took part in German, Austrian as well as in Czech films. In 1935, he was the partner of Marta Eggerth in the comedy Die ganze Welt dreht sich um Liebe/The World's in Love (Viktor Tourjansky, 1935).

He played leading roles in in such films as the drama Páter Vojtech/Father Vojtech (Martin Fric, 1936), the musical Flucht an die Adria/Escape to the Adriatic (Eugen Schulz-Breiden, 1937) and the romantic comedy Poslícek lásky/The Lover of Love (Miroslav Cikán, 1937) with Hana Vitova. These films were shot at the Barrandov Studios in Prague, and they were often made in alternate language versions in German and Czech. 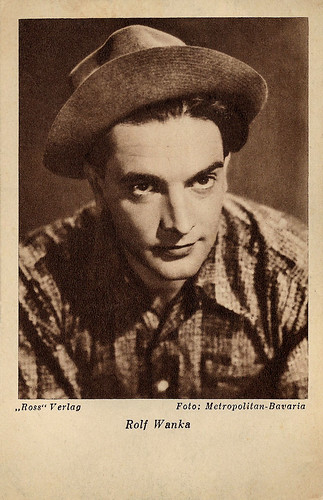 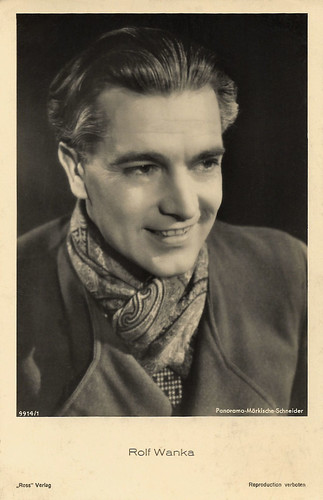 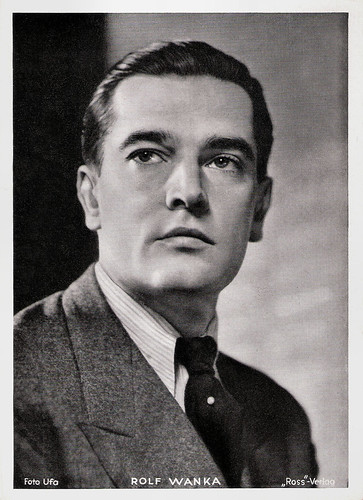 
Rolf Wanka was multi-lingual and for his role in the French adventure film Alerte en Méditerranée/Alert in the Mediterranean (Leo Joannon, 1938) with Pierre Fresnay, he was awarded the Grand prix du cinéma français.

After the outbreak of the Second World War, he limited his film work. He first accepted a commitment to the Vienna Kammerspiele and was artistic director of the Vienna City Theater from 1940 to 1944. After the war, he appeared mainly at the Raimundtheater and at the Theater in der Josefstadt in Vienna.

During the 1950s, he returned to the cinema and played in German and Austrian productions as well as in several Spanish films. These included La mestiza (José María Ochoa, 1956) with Lida Baarova, El batallón de las sombras/The Battalion of Shadows (Manuel Mur Oti, 1957) and Horas de pánico/Day of Fear (Donald Taylor, 1957). In 1963, he appeared as the King in the American-German adventure film Captain Sindbad (Byron Haskin, 1963) featuring Guy Williams.

He made his last screen appearances during the 1970s. His last film was the excellent historical war drama Il deserto dei tartari/The Desert of the Tartars (Valerio Zurlini, 1976), starring Jacques Perrin and Vittorio Gassman. On TV, his final appearance was in an episode of the Krimi series Tatort (1978).

Rolf Wanka died in 1982 in Munich, West Germany. He was married to Ilse Vogl and actress Friedl Czepa. From a liaison with Helene Amon his son Rudolf Wanka was born in 1954, whom he adopted at the age of 4 years. In 1954, he met Brigitta Dahlem, who became his third wife, known as Lili Wanka. In 1961, their daughter, actress Irina Wanka, was born. 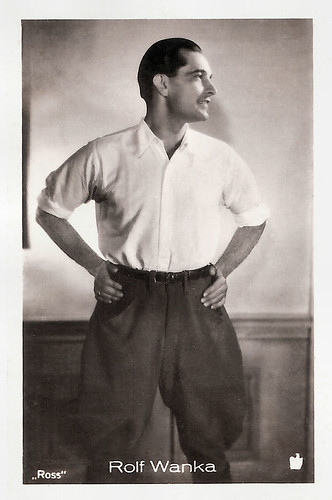 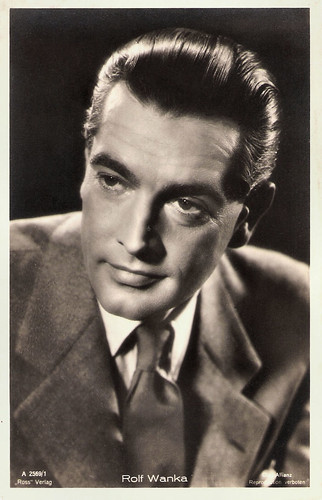 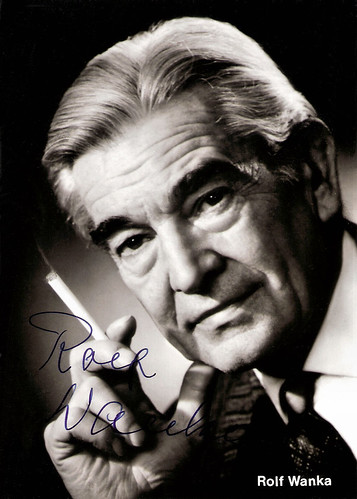