The Netherlands Film Festival (NFF) starts today. From 27 September till 5 October, Utrecht is once again the capital of the Dutch cinema. Like every autumn, EFSP provides you during the festival daily with postcards of Dutch films and stars from the past. The NFF opens with Instinct (2019), the directing debut of actress Halina Reijn, in which Carice van Houten plays the leading role. She plays the character Nicoline, a psychologist in a TBS clinic who becomes entangled in a power game with a client (Marwan Kenzari) who is about to go on unaccompanied leave for the first time. Van Houten also has been nominated this year for an Emmy Award for best guest role in Game of Thrones (2012-2019) with her interpretation of the character Melisandre. So we start this year's Unofficial Dutch Film Star Postcards Festival with Carice. 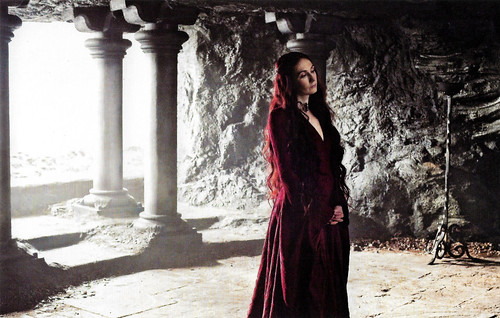 
Carice Anouk van Houten was born in Leiderdorp, The Netherlands in 1976. Her parents are Margje Stasse, who is on board of the Dutch educational TV, and the late Theodore van Houten, a writer and film historian. Carice is the older sister of actress and singer Jelka van Houten.

She is named after the daughter of the English composer, Sir Edward Elgar, due to the fact that Carice's father was investigating the secret of Elgar's 'Enigma Variations'.

She attended the St. Bonifatius College (high school) in Utrecht. Van Houten studied briefly at the Maastricht Academy of Dramatic Arts but continued her professional education after one year at the Kleinkunstacademie in Amsterdam.

Her first leading role in the television film Suzy Q (Martin van Koolhoven, 1999) won her the Golden Calf - the Dutch Oscar - for Best Acting in a Television Drama.

Two years later, she won the Golden Calf for Best Actress for her role as a cat who transforms into a human woman in Minoes/Undercover Kitty (Vincent Bal, 2001), based on the children's novel 'Minoes' by Annie M.G. Schmidt.

She then appeared in several stage plays and in such Dutch films as the drama De Passievrucht/Father's Affair (Maarten Treurniet, 2003) with Peter Paul Muller and Halina Reijn, and the children's film Lepel/Spoon (Willem van de Sande Bakhuyzen, 2005). For her stage acting, she won the Pisuisse Award and the Top Naeff Award. 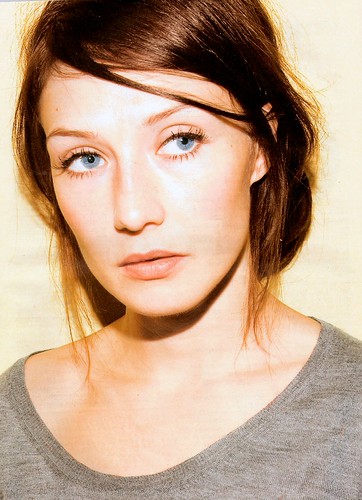 
Carice van Houten gained international recognition for her role as Rachel Stein in Zwartboek/Black Book (Paul Verhoeven, 2006), the most commercially successful Dutch film to date. Rachel is a young Jewish woman in the Netherlands who becomes a spy for the resistance during World War II after tragedy befalls her in an encounter with the Nazis. For her performance, she won her second Golden Calf for Best Actress at the Netherlands Film Festival.

The Dutch romantic comedy Alles is Liefde/Love is All (Joram Lürsen, 2007) gained her further critical acclaim and was another box office hit in The Netherlands.

Carice's first English spoken film was the psychological thriller Dorothy Mills (2008) by French director Agnès Merlet. In 2008, Van Houten also had a role opposite Leonardo DiCaprio in the action thriller Body of Lies (Ridley Scott, 2008), but her scenes did not make the final cut of the film.

She was nominated for a Saturn Award for Best Supporting Actress for the historical thriller Valkyrie (Bryan Singer, 2008), starring Tom Cruise. The film is set in Nazi Germany during World War II and depicts the 20 July plot in 1944 by German army officers to assassinate Adolf Hitler and to use the Operation Valkyrie national emergency plan to take control of the country.

In 2009, Van Houten appeared opposite Barry Atsma in the Dutch drama Komt een vrouw bij de dokter/Stricken (Reinout Oerlemans, 2009), based on the novel of the same name by Kluun. She also starred in the Science Fiction thriller Repo Men (Miguel Sapochnik, 2009) with Jude Law.

Van Houten won her fourth Golden Calf Award for Best Actress for De gelukkige huisvrouw/The Happy Housewife (Antoinette Beumer, 2010), in which she played Lea, a housewife who has trouble adjusting to the birth of her son. Then she played South-African poet Ingrid Jonker in Black Butterflies (Paul van der Oest, 2011) with Rutger Hauer. For this role, she won her fifth Golden Calf and also the Best Actress award at the Tribeca Film Festival.

In 2012, Carice and her sister Jelka van Houten starred in the comedy Jackie (Antoinette Beumer, 2012) as twin sisters from the Netherlands who embark on a road trip across the United States on a mission to help their prickly biological mother (Holly Hunter) receive physical therapy. 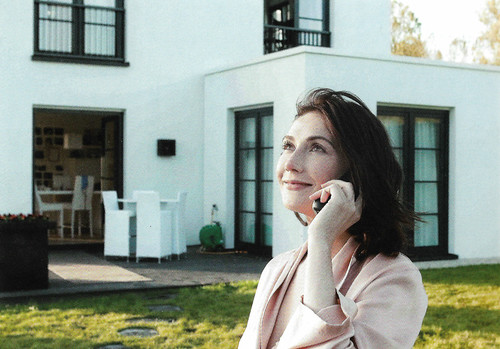 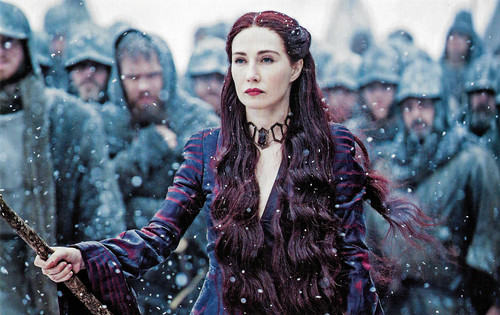 
Since 2012, Carice van Houten received international recognition for her role as the Red Priestess, Lady Melisandre on the HBO television series Game of Thrones (2011–2019). For this highly popular series, she has been nominated for two Screen Actors Guild Awards for Outstanding Performance by an Ensemble in a Drama Series.

On 2012, she also released an album, 'See you on the ice'. In 2013, she published a book with fellow Dutch actress Halina Reijn, called 'Anti Glamour', a parody style guide and a celebration of their friendship.

That year, she appeared in the biographical thriller The Fifth Estate (Bill Condon, 2013), about the news-leaking website WikiLeaks. Benedict Cumberbatch played its editor-in-chief and founder Julian Assange.

She voiced the character Annika Van Houten (Milhouse's cousin) in Let's Go Fly a Coot (Chris Clements, 2015), an episode of The Simpsons. She co-starred in the dark Western Brimstone (Martin van Koolhoven, 2016), opposite Dakota Fanning, Guy Pearce and Kit Harrington. It was her fourth collaboration with director Martin Koolhoven.

Van Houten is in a relationship with Australian actor Guy Pearce. In 2016, she gave birth to their son, Monte Pearce. She previously dated German actor Sebastian Koch, whom she met on the set of Zwartboek/Black Book (2006).

Her most recent film in the cinemas was the disappointing crime thriller Domino (2019), directed by Brian De Palma and also starring Nikolaj Coster-Waldau and Guy Pearce. However, Instinct (Halina Reyn, 2019) with Marwan Kenzari got already rave reviews at many international festivals. Van Houten also acted as one of the producers of the film.

Carice van Houten can next be seen in The Glass Room (Julius Sevcik, 2019), a love story about the relationship between two women set in an iconic modernist house in Czechoslovakia, which was built by celebrity architect Ludwig Mies van der Rohe. And the Swedish-Japanese-American dramatic thriller film Lost Girls and Love Hotels (William Olsson, 2017-2019?) starring Alexandra Daddario, is yet still unreleased.

Together with Halina Reijn, she is now working on a new Dutch-Belgian TV series Red Light (2020). Like Instinct (2019), the series will be written by Esther Gerritsen.