Blond, blue-eyed American actress Carol Lynley, who starred in the The Poseidon Adventure (1972) and numerous other films, has died. She was 77. The actress, who had an attractively feline appeal, earned a Golden Globe nomination as a newcomer for Blue Denim (1959) about a naive teenager seeking an illegal abortion. It was a role she originated on Broadway. Last Friday, 3 September 2019, Lynley died in her sleep in Los Angeles. 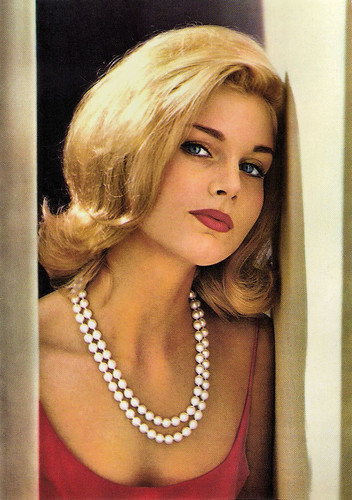 Carol Lynley was born Carole Ann Jones in 1942 in Manhattan, New York. Her parents were Cyril Jones and Frances Peltch.

She began her professional career as Carolyn Lee, a successful child model for the Sears & Roebuck department store in New York. Trying to branch out into acting early on, she discovered that another individual by that name (born seven years earlier) was already on the books of Actors' Equity, thus Carolyn changed her moniker by fusing the 'lyn' and the 'lee' to create 'Lynley'.

In April 1957, she was profiled by Life magazine and appeared on its cover. She was 15 years old and starring in the Broadway production 'The Potting Shed'.

Her first important film role came in The Light in the Forest (Herschel Daugherty, 1958) for Walt Disney Productions. It was a promising start and a New York Times reviewer praised her performance.

In 1958, she starred in the Broadway play 'Blue Denim' by writer James Leo Herlihy. It also starred Warren Berlinger and newcomer Burt Brinckerhoff in the lead male role. The play ran for 166 performances at the Playhouse Theatre.

The following year, the film version was released by 20th Century Fox, Blue Denim (Philip Dunne, 1959) with Lynley and Berlinger reprising their stage roles, but with a 17-year-old Brandon deWilde in his first 'adult' role as the male lead Arthur Bartley. Dealing with the issues of teenage pregnancy and (then-illegal) abortion, both versions were not without controversy. The play and the film had different endings, and the word abortion in the play was not used in the screenplay

After Blue Denim, she went on to play other ingenue roles and troubled teens before gradually shedding her wholesome image by the early 1960s.

She then starred in Return to Peyton Place (José Ferrer, 1961), playing an author whose book revealing her New Hampshire hometown’s darkest secrets and scandals causes her and her family trouble. The film was based on a 1959 novel by Grace Metalious, a sequel to her best-selling 1956 novel 'Peyton Place'.

This was followed by the bawdy sex farce Under the Yum Yum Tree (David Swift, 1963), with Lynley as a virginal college student in a New York apartment block pursued by a lecherous landlord/playboy (Jack Lemmon). It gained Lemmon a Golden Globe nomination

Her acting mettle was proved with a double role opposite Tom Tryon and Romy Schneider in the drama The Cardinal (Otto Preminger, 1963), which was nominated for six Academy Awards, and as the tormented mother of a kidnapped child in the British psychological thriller Bunny Lake Is Missing (Otto Preminger, 1965) co-starring Laurence Olivier. 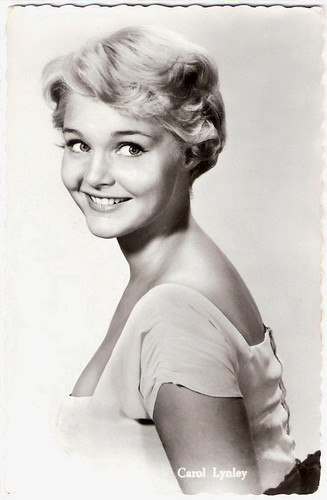 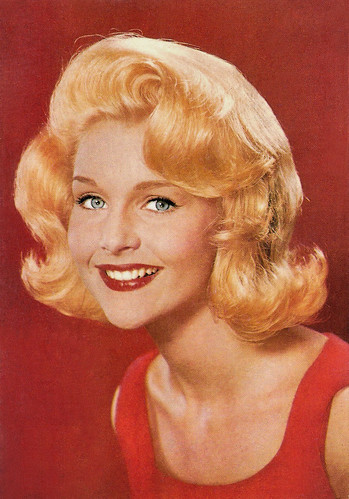 Spanish postcard by Postal Oscarcolor, no. 383.

The film was released shortly before a film with the same title and subject, Paramount's Harlow (Gordon Douglas, 1965), starring Carroll Baker. Wikipedia: "While Lynley was closer to Jean Harlow's actual age than Baker, the film's contrived plot and visibly low budget prevented it from gaining as much attention as Paramount's big-budget version."

While the quality of her films tended to decline after the mid-1960s, there were still entertaining moments in B-pictures like The Shuttered Room (David Greene, 1967) and the lurid thriller Once You Kiss a Stranger... (Robert Sparr, 1969) as a psychotic murderess.

In Irwin Allen's The Poseidon Adventure (Ronald Neame, 1972), she was one of the ill-fated passengers, pop singer Nonnie Parry. Her character performs the song 'The Morning After', although the vocals were dubbed by studio singer Renee Armand. The song went on to win an Academy Award.

After 1967, television provided most of her work, including guest spots in seminal shows like Mannix (1967), The Invaders (1967), Hawaii Five-O (1968) and as co-star of the TV pilot for The Night Stalker (John Llewellyn Moxey, 1972) with Darren McGavin. Lynley also appeared in the fourth season of The Man from U.N.C.L.E. in the two-part episode The Prince of Darkness Affair (1967).

In her penultimate role, Lynley played a grandmother in a film with a very similar title to the one which had launched her career: A Light in the Forest (John Carl Buechler, 2003). In 2006, she appeared in Vic, a 30-minute film co-written and directed by Sage Stallone, the late son of Sylvester Stallone. Stallone won the 2006 Boston Film Festival 'Best New Filmmaker' award for the film, which was his debut.

After this film, Carol Lynley retired from screen acting. She had appeared in more than 100 films and television series.

Carol Lynley passed away on 3 September 2019 from a heart attack at the age of 77. She had been married to actor-producer and publicist Michael Selsman from 1960-1964, and they had one daughter, film maker Jill Selsman (1962). Lynley had an affair, off and on for 18 years, with English broadcaster and writer David Frost.