Last Saturday, 26 October 2019, French actress Pascale Roberts (1930) passed away. She had been active in the French cinema and television since 1954. From her femme fatale parts in B-thrillers and comedies in the 1950s, she grew into mother roles. She is best known for her parts in A-films by Costa-Gravas, Yves Boisset and Robert Guédiguian, and for her many appearances on French TV. 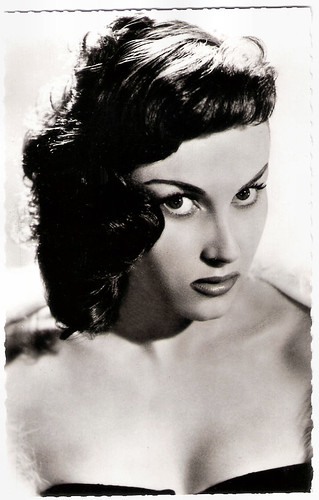 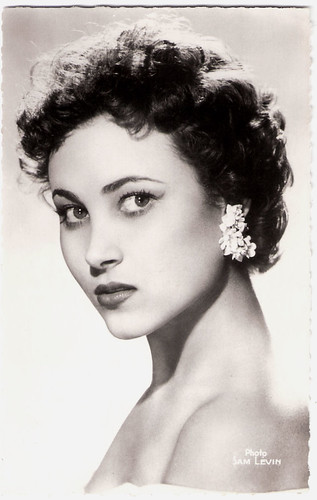 
Pascale Roberts was born in Boulogne-Billancourt, France in 1930. Her mother was a director at Elisabeth Arden and among her clients were Martine Carol, Edwige Feuillère and Dora Doll.

Through Martine Carol, Pascale became an extra in Madame du Barry (Christian-Jaque, 1954). Pascale decided to go to acting classes in Paris, against the wishes of her mother. She had a small part in the comedy Une vie de garçon/A Boy’s Life (Jean Boyer, 1954) and a bit part as a girl at a poker game in the hard boiled crime film Les femmes s'en balancent/Dames Don’t Care (Bernard Borderie, 1954) starring Eddie Constantine as FBI agent Lemmy Caution.

Pascale Roberts would appear several times opposite Constantine such as in Ces dames préfèrent le mambo/Dishonorable Discharge (Bernard Borderie, 1957) as a femme fatale. She could also be seen in other film noirs such as Cherchez la femme/Look for the woman (Raoul André, 1955) with Pierre Mondy, and Dans la gueule du loup/In the Mouth of the Wolf (Jean-Charles Dudrumet, 1961) based on a crime novel by James Hadley Chase.

In 1957, she married Pierre Mondy but they divorced a few years later. After dozens of mediocre comedies and thrillers, Roberts was really remarkable as the victim in Costa-Gravas’ first film, the fast-moving and entertaining thriller Compartiment tueurs/The Sleeping Car Murder (Costa Gravas, 1965) starring Catherine Allégret and her mother Simone Signoret.

Hal Erickson writes at AllMovie: “During a Marseilles-to-Paris overnight train trip, a girl is found dead in a sleeping car. As Paris detective Yves Montand steps up his investigation, more and more passengers turn up murdered. The unlikely climax is the only sore point of this otherwise well-wrought mystery. Bereft of the politicizing of Costa-Gavras' later works, The Sleeping Car Murders exhibits the director's fondness for American ‘film noir’ thrillers.”

On television, Roberts was that same year a co-star of Geneviève Grad in the comedy series Chambre à louer/Room for rent (Jean-Pierre Desagnat, 1965), and she appeared on TV in another popular comedy series Les saintes chéries/The holy darlings (Jean Becker, 1965) starring Micheline Presle. 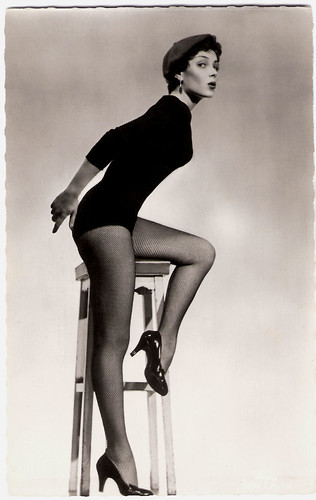 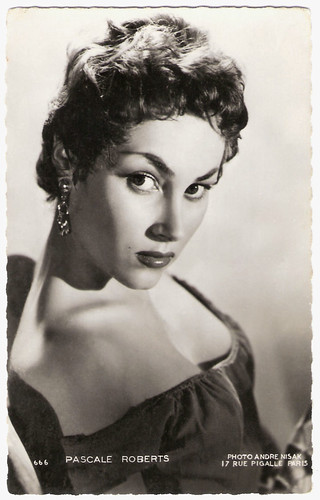 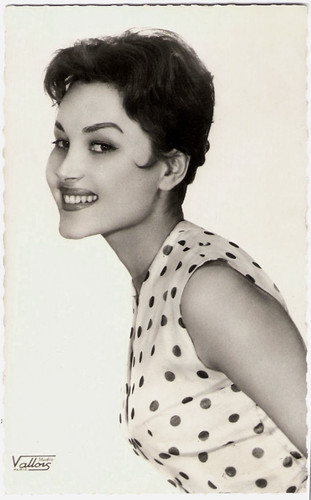 
In 1975, Pascale Roberts played her arguably best known film role as the mother of rape and murder victim Isabelle Huppert in Dupont Lajoie/Rape of Innocence (Yves Boisset, 1975). This and her later roles were all supporting parts.

During the 1980s she appeared with Alain Delon in the Film Noir Trois hommes à abattre/Three Men to Destroy (Jacques Deray, 1980) and the policier Pour la peau d'un flic/For a Cop's Hide (Alain Delon, 1981), in which she played a junkie.

Gradually Roberts had grown from femme fatale into mother roles. With the husband and wife team of Robert Guédiguian and Ariane Ascaride she worked again at Marius et Jeannette/Marius and Jeanette (Robert Guédiguian, 1997), a comedy-drama set in Marseille about a couple, which puts faith in love to get them through times of extreme poverty.

Since 2008, Roberts appeared in the successful TV series Plus belle la vie/More beautiful than life (2004-2011). Her character in the show, Wanda Legendre, also featured in the TV comedy Course contre la montre/Race against the clock (Roger Wielgus, 2011). Her most recent screen appearance was a guest part in the comedy series Working girls (2016).

Pascale Roberts died after a long illness on 26 October 2019 in Paris. She was 89. Roberts was married to and divorced from Pierre Mondy, Pierre Rey and Michel Le Royer.