The career of English actor Ian McKellen (1939) spans genres ranging from Shakespearean and modern theatre to popular fantasy and Science Fiction. He became a stalwart of the Royal Shakespeare Company and the National Theatre of Great Britain. Worldwide fame, he achieved for his film roles, including the titular King in Richard III (1995), James Whale in Gods and Monsters (1998), Magneto in the X-Men films, and Gandalf in The Lord of the Rings and The Hobbit trilogies. For his work, McKellen received six Laurence Olivier Awards, a Tony Award, a Golden Globe Award, five Primetime Emmy Awards, four BAFTAs, and many other awards. McKellen has been openly gay since 1988, and continues to be a champion for the LGBT movement. 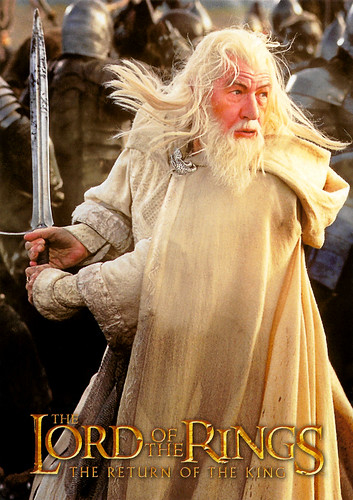 British postcard by GB Posters, Sheffield, no. PC0700. Photo: New Line Productions. Ian McKellen as Gandalf in The Lord of the Rings - The Return of the King (Peter Jackson, 2003). 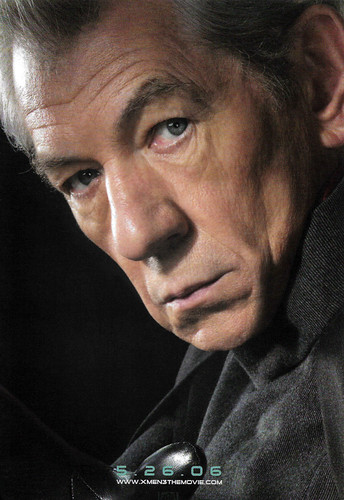 An early fascination with the theatre

Ian Murray McKellen was born in 1939 in Burnley, Lancashire. He was the son of Margery Lois (née Sutcliffe) and Denis Murray McKellen. He had a sister, Jean, five years his senior. McKellen's father was a civil engineer and lay preacher. His home environment was strongly Christian, but non-orthodox. When he was 12, his mother died of breast cancer; his father died when he was 24.

McKellen's acting career started at Bolton Little Theatre, of which he is now the patron. An early fascination with the theatre was encouraged by his parents, who took him on a family outing to 'Peter Pan' at the Opera House in Manchester when he was three. When he was nine, his main Christmas present was a fold-away wood and bakelite Victorian theatre from Pollocks Toy Theatres, with cardboard scenery and wires to push on the cut-outs of 'Cinderella' and of Laurence Olivier's 'Hamlet'. His sister took him to his first Shakespeare play, 'Twelfth Night', by the amateurs of Wigan's Little Theatre.

In 1958, McKellen, at the age of 18, won a scholarship to St Catharine's College, Cambridge, where he read English literature. While at Cambridge, McKellen was a member of the Marlowe Society, where he appeared in 23 plays over the course of 3 years. He already gave performances that have since become legendary such as his Justice Shallow in 'Henry IV' alongside Trevor Nunn and Derek Jacobi in 1959. During this period McKellen was directed by Peter Hall, John Barton and Dadie Rylands, who had a huge impact on McKellen's future career.

He made his first professional appearance in 1961 as Roper in 'A Man for All Seasons'. After four years in regional repertory theatres he made his first West End appearance in 'A Scent of Flowers'. It was a success. In 1965 he was a member of Laurence Olivier's National Theatre Company at the Old Vic.

With the Prospect Theatre Company, McKellen made his breakthrough performances of 'Richard II' and Marlowe's 'Edward II'. In the 1970s and 1980s, McKellen became a well-known figure in British theatre, performing frequently at the Royal Shakespeare Company and the Royal National Theatre, where he played several leading Shakespearean roles, including the title role in 'Macbeth', and Iago in 'Othello', in award-winning productions directed by Trevor Nunn. Both productions were adapted into television films, also directed by Nunn.

In 2007 he returned to the Royal Shakespeare Company, in productions of 'King Lear' and 'The Seagull', both again directed by Trevor Nunn. In 2009 he appeared in a very popular revival of 'Waiting for Godot', directed by Sean Mathias, and playing opposite Patrick Stewart.

In late August 2012, he took part in the opening ceremony of the London Paralympics, portraying Prospero from 'The Tempest'. In October 2017, McKellen played King Lear at Chichester Festival Theatre, a role which he said was likely to be his "last big Shakespearean part". He performed the play at the Duke of York's Theatre in London's West End during the summer of 2018. 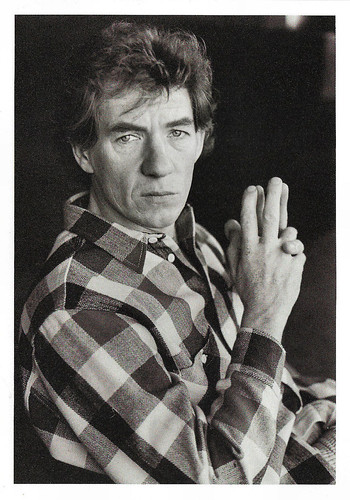 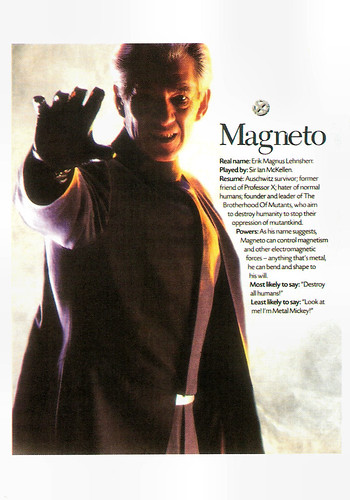 Ian McKellen had taken film roles throughout his career — beginning with his role of George Matthews in A Touch of Love (Waris Hussein, 1969) starring Sandy Dennis, and his first leading role was as D. H. Lawrence in Priest of Love (Christopher Miles, 1980).

In the 1990s he became more widely recognised after several roles in Hollywood films. In 1993, he had a supporting role as a South African tycoon in the critically acclaimed Six Degrees of Separation (Fred Schepisi, 1993), with Stockard Channing, Donald Sutherland, and Will Smith.

In the same year, he appeared in the TV miniseries Tales of the City (Alastair Reid, 1993), based on the novel by his friend Armistead Maupin, and the film Last Action Hero (John McTiernan, 1993), in which he briefly played Death opposite Arnold Schwarzenegger. McKellen also appeared in the TV film And the Band Played On (Roger Spottiswoode, 1993) about the discovery of the AIDS virus for which he was nominated for an Emmy Award.

He played the title role in Richard III (Richard Loncraine, 1995) with Annette Bening and Robert Downey Jr., which transported the setting into an alternative 1930s in which England is ruled by fascists. The film which McKellen co-produced and co-wrote, was a critical success. His performance in the title role garnered BAFTA and Golden Globe nominations for Best Actor and won the European Film Award for Best Actor. His screenplay was nominated for the BAFTA Award for Best Adapted Screenplay.

McKellen also appeared in the modestly acclaimed film Apt Pupil (1998), which was directed by Bryan Singer and based on a story by Stephen King. McKellen portrayed a fugitive Nazi officer living under a false name in the US who is befriended by a curious teenager (Brad Renfro) who threatens to expose him unless he tells his story in detail.

Ian McKellen was subsequently nominated for the Oscar for Best Actor for his role in Gods and Monsters (Bill Condon, 1998), wherein he played Frankenstein (1931) director James Whale opposite Brendan Fraser. 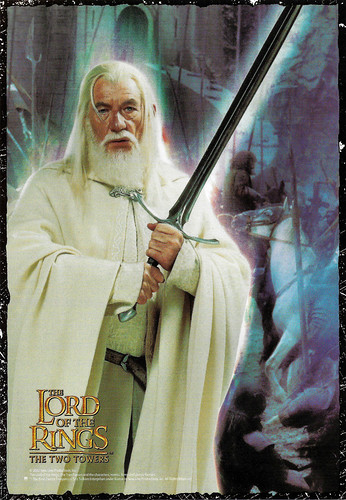 French postcard by Sonis, no. C. 1370. Photo: New Line Productions. Ian McKellen as Gandalf in The Lord of the Rings - The Two Towers (Peter Jackson, 2002). 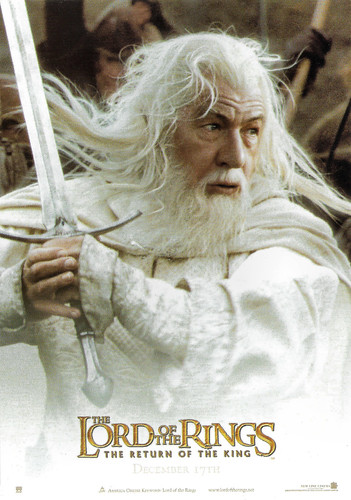 French postcard by Sonis, no. C. 1452. Photo: New Line Productions. Ian McKellen as Gandalf in The Lord of the Rings - The Return of the King (Peter Jackson, 2003).

Ian McKellen was cast, again under the direction of Bryan Singer, to play the comic book supervillain Magneto in X-Men (2000) and its sequels X2: X-Men United (2003) and X-Men: The Last Stand (2006). He later made a short appearance as an older Magneto in X-Men: Days of Future Past (2014), sharing the role with Michael Fassbender, who played a younger version of the character in X-Men: First Class (2011).

While filming the first X-Men film in 1999, McKellen was cast as the wizard Gandalf in Peter Jackson's three-film adaptation of The Lord of the Rings: The Fellowship of the Ring (2001), The Two Towers (2002), and The Return of the King (2003). He was nominated for the Academy Award for Best Supporting Actor for his role. He provided the voice of Gandalf for several video game adaptations of the Lord of the Rings films, then reprised the role on screen in Jackson's film adaptation of The Hobbit, which was released in three parts from 2012 to 2014.

Also in 2017, McKellen appeared in the documentary McKellen: Playing the Part (Joe Stephenson, 2017), which explores McKellen's life and career as an actor. McKellen's first partner was Brian Taylor, a history teacher from Bolton. Their relationship lasted from 1964 till 1972. In 1978 he met his second partner, actor-director Sean Mathias. This relationship lasted until 1988. The couple later worked together on the film Bent (Sean Mathias, 1997) as well as on several stage productions.

In 1988, McKellen came out to the general public on BBC Radio. The controversial Section 28 of the Local Government Bill was then under consideration in the British Parliament. McKellen became active in fighting the proposed law, and, during a BBC Radio 3 programme where he debated Section 28 with the conservative journalist Peregrine Worsthorne, declared himself gay. Section 28 was, however, enacted and remained on the statute books until 2000 in Scotland and 2003 in England and Wales.

Ian McKellen has continued to be very active in LGBT rights efforts. He was knighted by Queen Elizabeth II in 1990 for his efforts in the arts. McKellen stays active for the cameras. This year, he can be seen in Bill Condon's The Good Liar (2019) opposite Helen Mirren, and as Gus, the theatre cat in Cats (Tom Hooper, 2019). 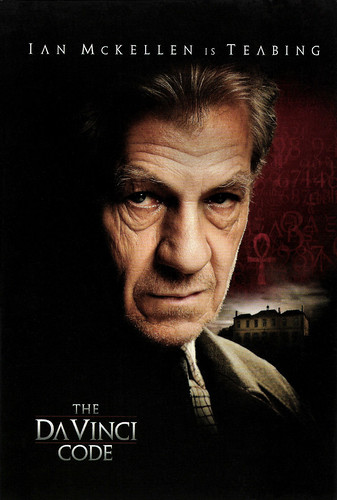