Frank Sinatra (1915-1998) was an American singer, actor and producer who was one of the most popular and influential musical artists of the 20th century. He is one of the best-selling music artists of all time, having sold more than 150 million records worldwide. 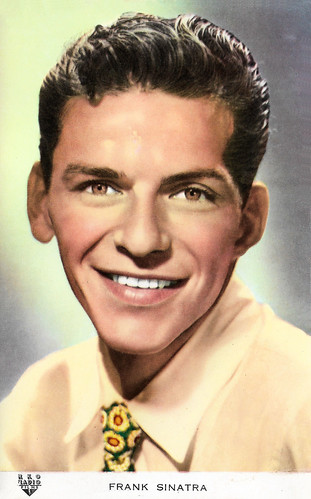 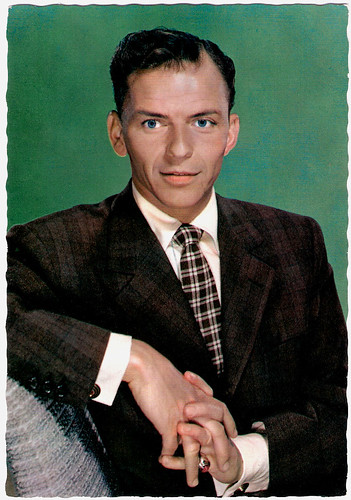 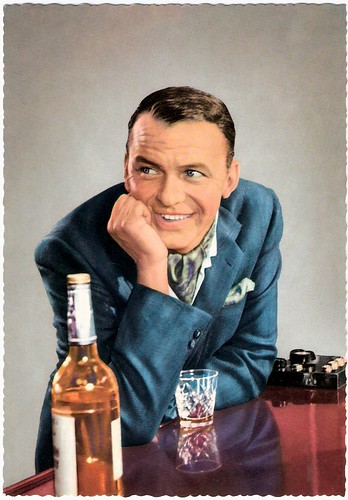 The idol of the bobby soxers


Francis Albert Sinatra was born to Italian immigrants in Hoboken, New Jersey, in 1915.

Sinatra spent much time at his parents' tavern in Hoboken, working on his homework and occasionally singing a song on top of the player piano for spare change. While he never learned how to read music, Sinatra had an impressive understanding of it, and he worked very hard from a young age to improve his abilities in all aspects of music.

He began his musical career in the swing era with bandleaders Harry James and Tommy Dorsey. Sinatra's first vocal hit was the song 'Polka Dots and Moonbeams' in 1940. 'Imagination' was Sinatra's first top-10 hit. His fourth chart appearance in 1940 was 'I'll Never Smile Again', topping the charts for twelve weeks beginning in mid-July.

Sinatra made his film debut in 1941, performing in an uncredited sequence in Las Vegas Nights (Ralph Murphy, 1941), singing 'I'll Never Smile Again' with Tommy Dorsey's Pied Pipers. As his success and popularity grew, Sinatra pushed Dorsey to allow him to record some solo songs.

In 1942, Sinatra recorded 'Night and Day', 'The Night We Called It a Day', 'The Song is You', and 'Lamplighter's Serenade'. He found success as a solo artist after he signed with Columbia Records in 1943, becoming the idol of the 'bobby soxers'.

In 1945, Metro-Goldwyn-Mayer cast Sinatra opposite Gene Kelly and Kathryn Grayson in the Technicolor musical Anchors Aweigh (George Sidney, 1945), in which he played a sailor on leave in Hollywood for four days. A major success, it garnered several Academy Award wins and nominations, and the song 'I Fall in Love Too Easily', sung by Sinatra in the film, was nominated for the Academy Award for Best Original Song.

Sinatra was awarded a special Oscar for his part in a short film that spoke out against intolerance, The House I Live In (Mervyn LeRoy, 1945). In 1946, he released his debut album, 'The Voice of Frank Sinatra', which reached No. 1 on the Billboard chart. 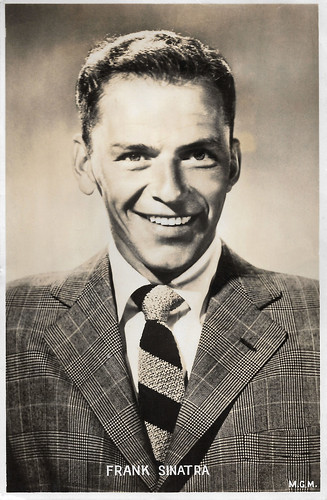 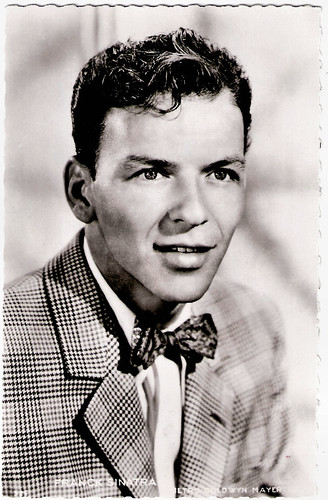 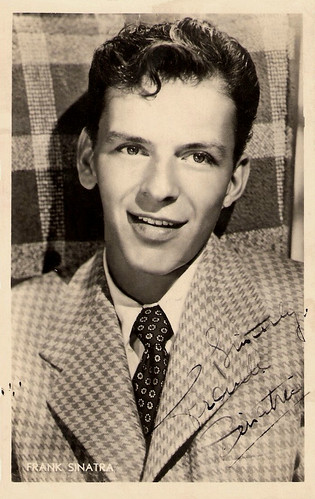 
By the early 1950s, Frank Sinatra's professional career had stalled and he turned to Las Vegas, where he became one of its best known residency performers as part of the Rat Pack.

His career was reborn in 1953 with the success of the film From Here to Eternity (Fred Zinnemann, 1953). The film deals with the tribulations of three U.S. Army soldiers, played by Burt Lancaster, Montgomery Clift, and Frank Sinatra, stationed on Hawaii in the months leading up to the attack on Pearl Harbor. Sinatra won an Oscar and Golden Globe Award for Best Supporting Actor.

Sinatra left Capitol in 1960 to start his own record label, Reprise Records, and released a string of successful albums. In 1965, he recorded the retrospective' September of My Years' and starred in the Emmy-winning television special Frank Sinatra: A Man and His Music. He then released 'Sinatra at the Sands', recorded at the Sands Hotel and Casino in Vegas with frequent collaborator Count Basie in early 1966.

The following year he recorded one of his most famous collaborations with Tom Jobim, the album 'Francis Albert Sinatra & Antonio Carlos Jobim'. It was followed by 1968's 'Francis A. & Edward K. with Duke Ellington'.

Sinatra retired for the first time in 1971, but came out of retirement two years later and recorded several albums and resumed performing at Caesars Palace, and reached success in 1980 with 'New York, New York'. Using his Las Vegas shows as a home base, he toured both within the United States and internationally until shortly before his death in 1998. 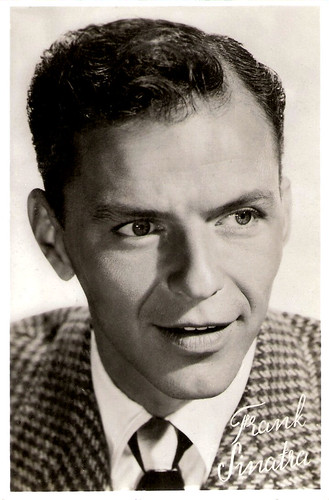 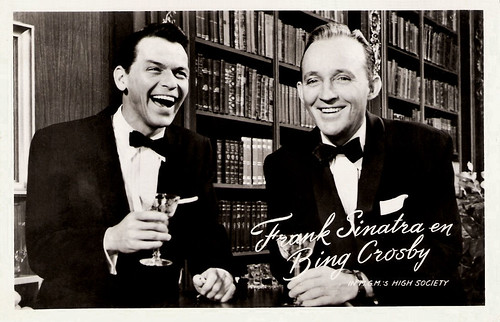 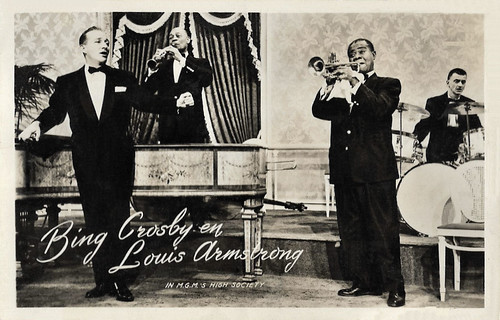 
Frank Sinatra forged a highly successful career as a film actor. After winning an Academy Award for From Here to Eternity (Fred Zinnemann, 1953), Sinatra starred opposite Doris Day in the musical Young at Heart (Gordon Douglas, 1954) and earned critical praise for his performance as a psychopathic killer posing as an FBI agent opposite Sterling Hayden in the Film Noir Suddenly (Lewis Allen, 1954).

He played a heroin addict in The Man with the Golden Arm (Otto Preminger, 1955), and was nominated for an Oscar and a BAFTA Award. He appeared in various musicals such as Guys and Dolls (Joseph L. Mankiewicz, 1955) starring Marlon Brando and Jean Simmons, High Society (Charles Walters, 1956) alongside Bing Crosby and Grace Kelly, and Pal Joey (George Sidney, 1957) with Kim Novak and Rita Hayworth, winning another Golden Globe for the latter.

Toward the end of his career, he became associated with playing detectives, including the title character in Tony Rome (Gordon Douglas, 1967), an example of a late-1960s Neo-Noir trend which revived and updated the hard-boiled detective and police dramas of the 1940s. On television, The Frank Sinatra Show began on ABC in 1950, and he continued to make appearances on television throughout the 1950s and 1960s.

Sinatra was also heavily involved with politics from the mid-1940s, and actively campaigned for presidents such as Harry S. Truman, John F. Kennedy and Ronald Reagan. In crime, Sinatra was investigated by the FBI for his alleged relationship with the Mafia. 'Ol' Blue Eyes' led a colourful personal life, and was often involved in turbulent affairs with women.

Frank Sinatra died at Cedars-Sinai Medical Center in Los Angeles in 1998, after a heart attack. He was 82. 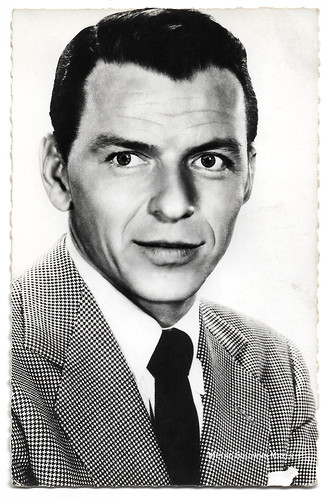 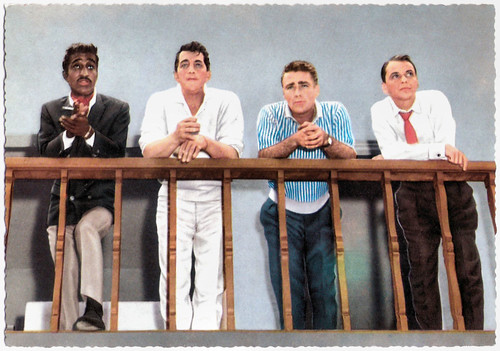 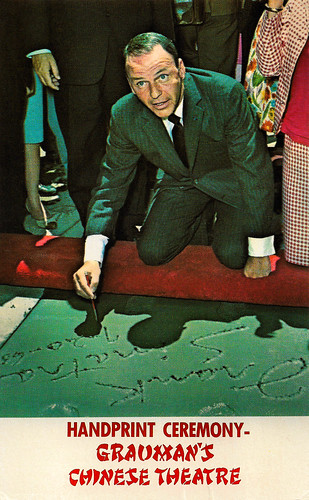 As a youngster and in my early 20's, I didn't like Sinatra all that much. His music didn't appeal to me--I was a teen in the 1970's, so my taste in music was not the type of music he did. However, I loved reading up about him--what a talented man he was. Thank you for posting about him! What an amazing life story!

I am glad to hear your good news, my Friend! Congratulations! Your blog is amazing--I can't imagine the hours of research you've put into your well-written discourse on the lives and accomplishments of once-famous people. You are their historian and your blog keeps their memory alive.

Yesterday I dragged out my big book of "Tales told in Holland." We were laughing over the adventures of Tyl Ulenspiegel. The stories are well-told and set us to giggling. Have a happy New year, my Friend.

Thanks Beth, you're a sweetheart! Best wishes for 2020. Paul