Dark and gorgeous looking actor Franz Lederer (1899–2000) had a successful film and stage career, first in Europe, then in the United States as Francis Lederer. 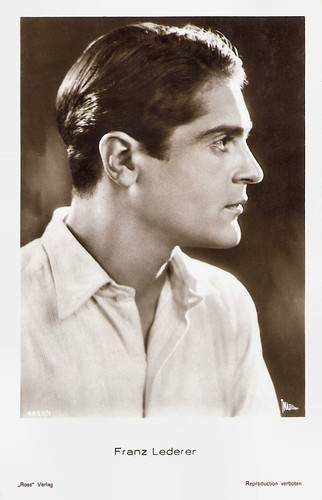 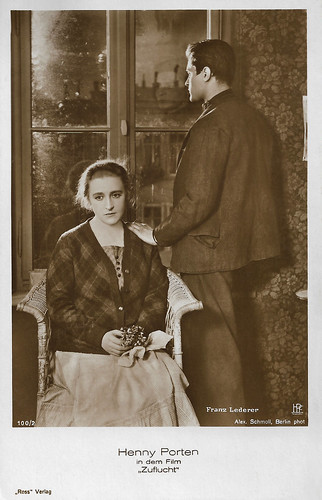 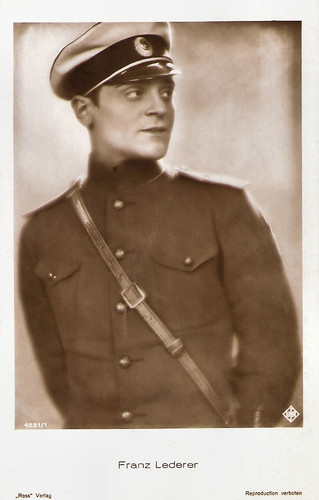 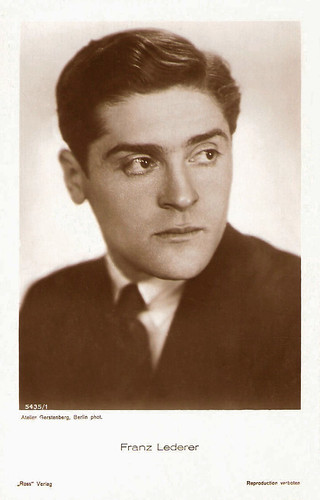 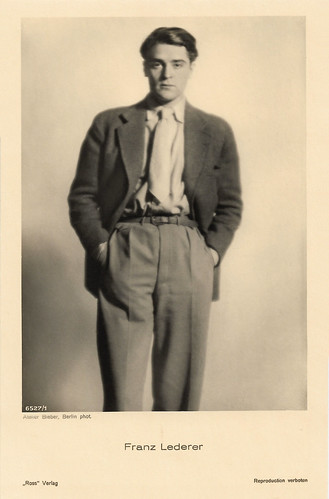 
Franz Lederer was born Frantisek Lederer in Prague, Austria-Hungary (now in Czech Republic) in 1899. He was the son of Josef Lederer, a leather merchant and Rose Lederer.

Young Frantisek began his working life as a department store delivery boy in Prague and fell in love with acting when he was young, and was trained at the Academy of Music and Academy of Dramatic Art in Prague.

Still a teenager, he served with the Czechoslovakian artillery during the first World War. He attained the rank of corporal. After military service, he became an apprentice with the New German Theatre in Prague.

He made his stage debut with a walk-on in the play Burning Heart. He toured Moravia and central Europe, making a name for himself as a matinee idol in theatres in Czechoslovakia, Hungary, Austria and Germany.

Because of his stunningly handsome looks, it took some time for the critics to take Lederer seriously. Notable among his performances was a turn as Romeo in theatre legend Max Reinhardt's staging of Romeo and Juliet.

In the late 1920s, Franz Lederer was lured into films by the German actress Henny Porten and her producer husband. He appeared with her in the melodrama Zuflucht/Refuge (Carl Froelich, 1928).

For director Georg Wilhelm Pabst he performed in Die Büchse der Pandora/Pandora's Box (G.W. Pabst, 1929) as a young man who, along with his father (Fritz Kortner), becomes obsessed with the hauntingly beautiful dancer Lulu (Louise Brooks).

Franz Lederer easily made the transition from silent to sound film, and seemed to be on his way to becoming one of Europe's top male film stars. 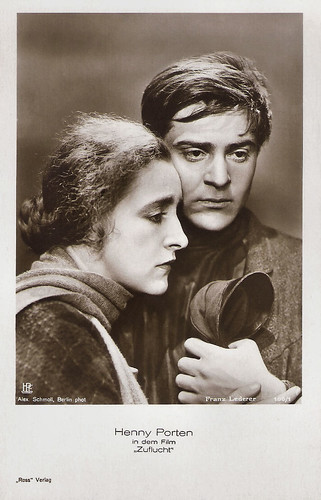 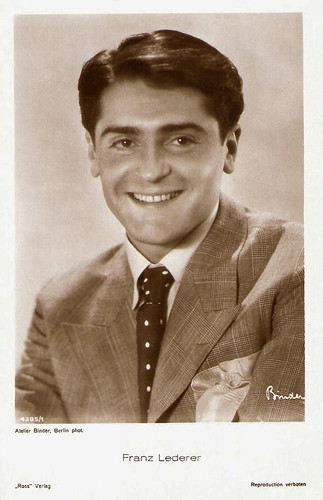 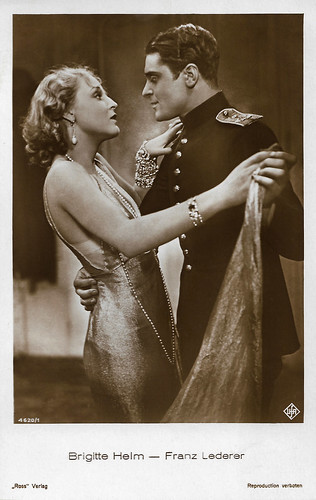 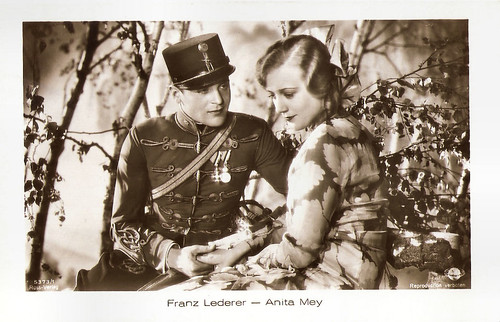 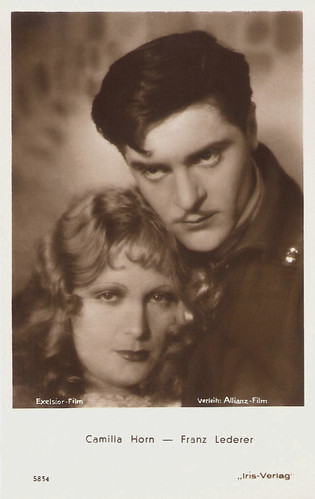 The Biggest Star In Hollywood


In London’s West End, Francis Lederer performed on stage in Volpone (1931) and in Autumn Crocus (1932). He performed the latter play also on Broadway where it played for 210 performances in 1932 and 1933. He used Francis Lederer as his stage name now.

He also performed Autumn Crocus in Los Angeles, where his performances attracted film offers from Hollywood. With the deteriorating political situation in Europe, Lederer decided to stay in the United States.

It was MGM producer Irving Thalberg's plan to make him ‘the biggest star in Hollywood’ but the death of Thalberg ended that, and Lederer didn't quite catch on as an American star.

Lederer became a U.S. citizen in 1939. That year he starred as a lady-killer playboy in the Billy Wilder scripted Midnight (Mitchell Leisen, 1939) with Claudette Colbert and John Barrymore.

Hal Erickson writes at AllMovie: “His cinematic stock in trade at the time was the outgoing, slightly naïve foreigner at the mercy of aggressive, acrimonious Americans or Brits. One of his best screen characterizations was the disgruntled German-American ‘bundist’ in Confessions of a Nazi Spy (Anatole Litvak, 1939), which won him the personal praise of his co-star Edward G. Robinson, who wasn't accustomed to handing out empty compliments.”

He also earned plaudits for his portrayal of the fascist to whom Joan Bennett finds herself wed in The Man I Married (Irving Pichel, 1940). 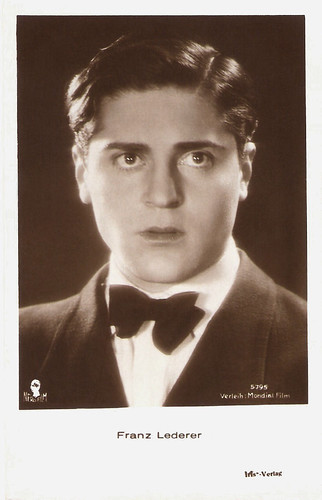 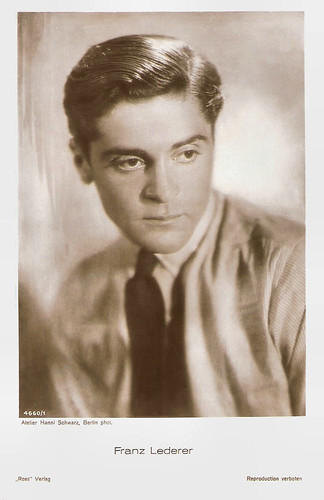 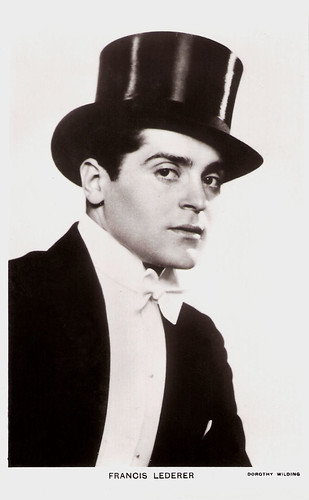 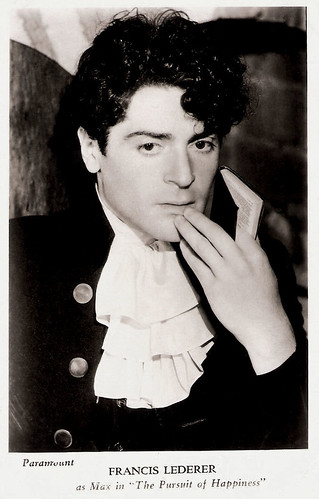 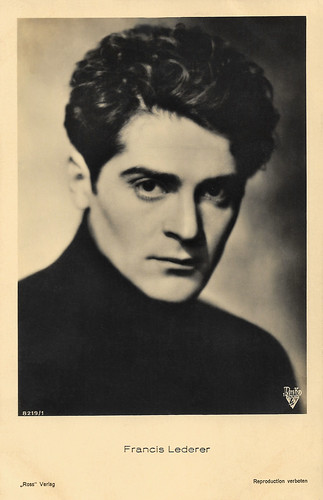 Although he took a break from making films in 1941 in order to concentrate on his stage work, he returned to the silver screen in 1944, appearing in The Bridge of San Luis Rey (Rowland V. Lee, 1944), and the bizarre and fascinating version of the downbeat satirical drama Diary of a Chambermaid (Jean Renoir, 1946).

After making Surrender (Allan Dwan, 1950), he took another break from Hollywood but returned once more in 1956 with Lisbon (Ray Milland, 1956). He also played a world weary Count Dracula for The Return of Dracula (Paul Landres, 1958).

Cavett Binion at AllMovie reviews: “Played refreshingly straight, this modest Universal production benefits from Lederer's compelling performance as the seductive Count and several unique plot twists (including a blind girl who becomes sighted on turning into a vampire).”

His final film appearance was in Terror Is a Man (Gerardo de Leon, 1959). He would continue to make television appearances for the next ten years in such shows as The Untouchables (1960), Mission: Impossible (1967) and That Girl (1967).

His final television appearance occurred in a 1971 episode of Rod Serling's Night Gallery. Lederer had become very wealthy by investing in real estate. He was active in local and Los Angeles civic affairs, philanthropy and politics. In 2000, he was honoured with the Cross of Honor for Science and Arts, First Class by the Austrian government.

Lederer married three times. His first marriage was to Ada Nejedly during the 1920s. In 1937 he married Mexican American actress and dancer Margo. They divorced in 1940. His third marriage was to Marion Irvine in 1941. Irvine served as Los Angeles' Commissioner of Cultural Affairs. Their marriage lasted 59 years.

Francis Lederer worked as a teacher up until the week before he died in Palm Springs, USA in 2000. He was 100. 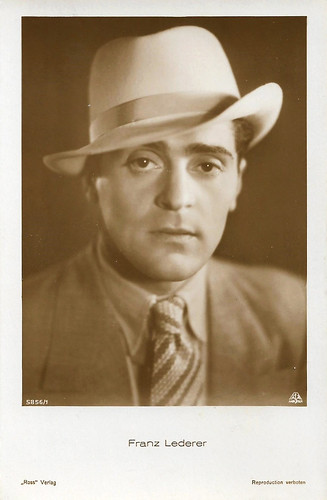 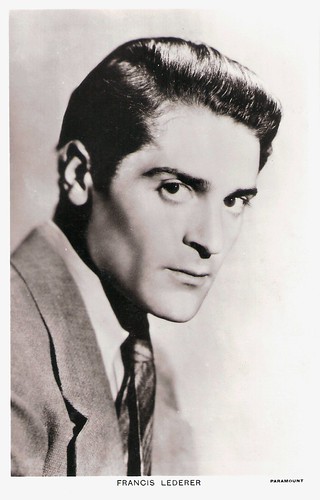 British postcard by Real Photograph, no. 763a. Photo: Paramount. 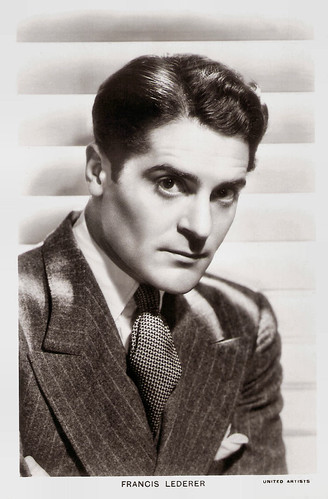 British postcard in the Picturegoer series, London no. 763b. Photo: United Artists. 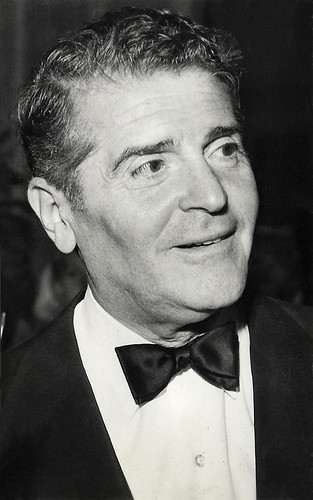