A few weeks ago, we bought a series of photos with signatures of German actors. Postcards of modern stars are scarce, but in Germany the 'autogrammkarte' remains a popular fad. This gives us the chance to do a a post on German film actors, who are working now in Germany and abroad. Some are known internationally, like Sebastian Koch, Moritz Bleibtreu and David Kross. Other, like the young Aaron Altaras, will become known soon, we predict. Don't mail us if you miss someone (Where's Christoph Waltz? Why not Daniël Brühl?). It's not a complete or definitive overview of the German film actors of the 21th Century. It's a glimpse, and in alphabetical order. And yes, we will do a female version in 2020. 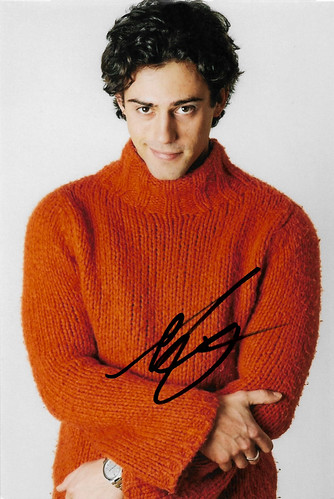 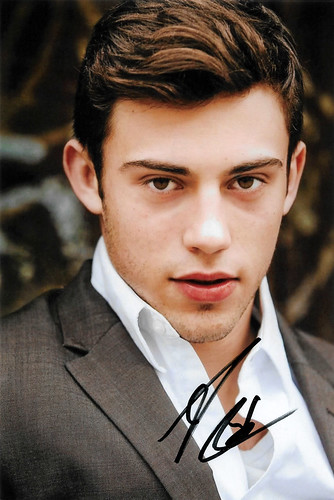 Aaron Altaras (1995) is one of the most promising German actors of his generation. Altaras had his breakthrough as a teenager in the TV film Nicht alle waren Mörder/Not all were murderers (Jo Baier, 2006), with Nadja Uhl and Hannelore Elsner. As a young adult, he appeared in two interesting films. The first was Die Unsichtbaren/The Invisibles (2017) about four young Jews who learned to hide in plain sight in Berlin during the war. The other is the Swiss romantic drama Mario (2018), about two young football players who get caught up between the politics of the game and the politics of love. His next project is the Mini-series Unorthodox (2020). 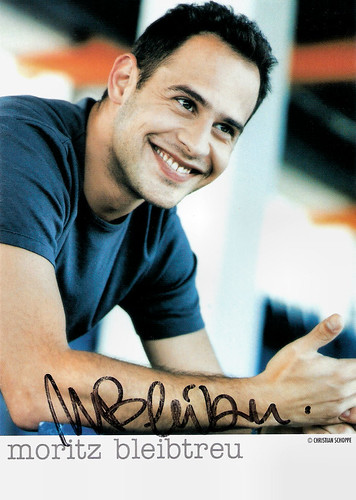 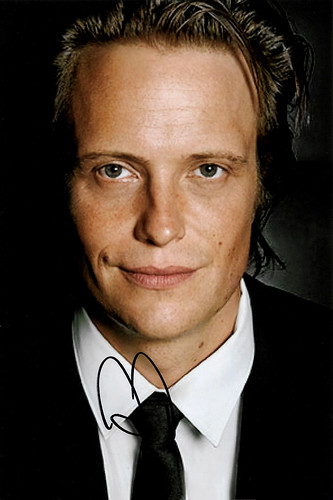 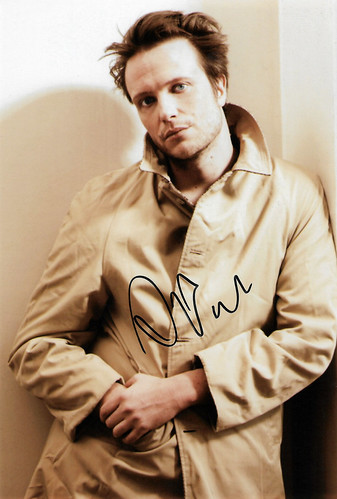 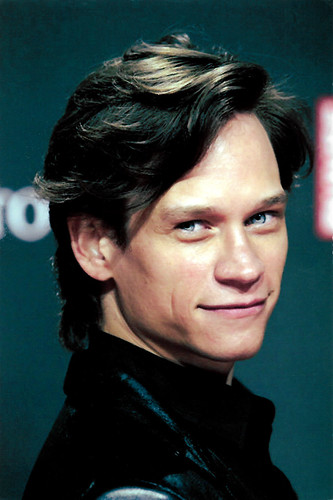 German actor Vinzenz Kiefer (1979) is best known for his role as police detective Alexander Brandt in the Krimi series Alarm für Cobra 11 - Die Autobahnpolizei/Cobra 11 (2009-2015), as well as that of Christian Dassault in the action thriller Jason Bourne (2016) with Matt Damon. Next, he can be seen in the Czech historical action drama Medieval (2019) with Ben Foster and Michael Caine. 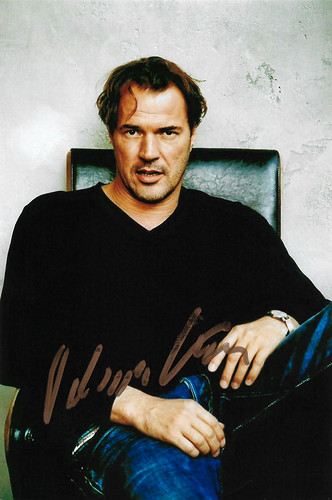 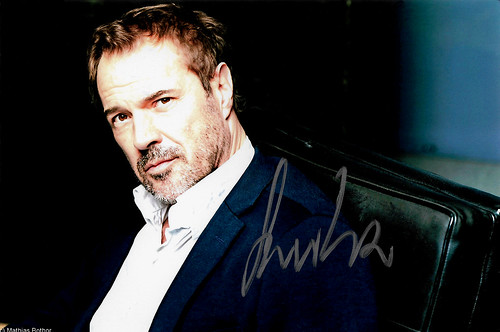 Sebastian Koch (1962) is one of Germany s most multi-faceted and successful television and film actors. He is known for roles in the Academy Award-winning film Leben der Anderen/The Lives of Others (2007), Paul Verhoeven’s Zwartboek/Black Book (2006), Steven Spielberg’s Bridge of Spies (2015), and as Otto Düring in the fifth season of the TV series Homeland (2015-2016). Recently he could be seen in Werk ohne Autor/Never Look Away (2018) with Tom Schilling, and in the Television adaptation of Umberto Eco's novel The Name of the Rose (2019) with John Turturro and Rupert Everett. Announced is the Canadian series Shadowplay (2020), in which he will star with Nina Hoss. 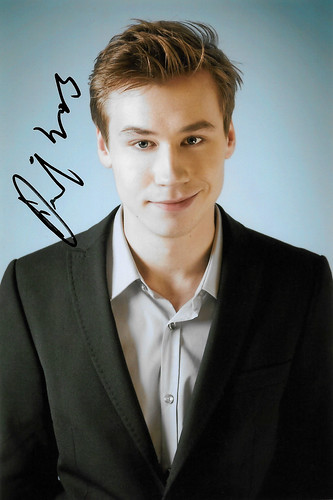 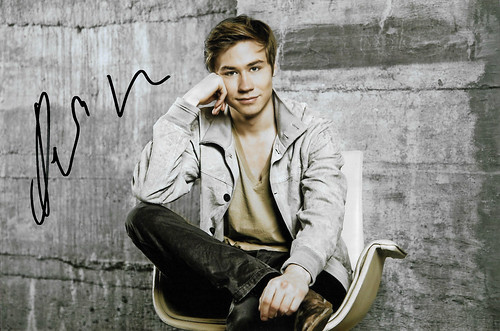 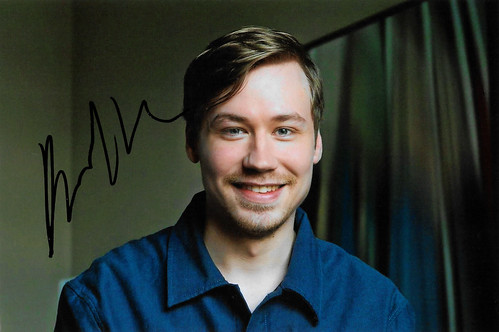 German actor David Kross (1990) played Michael Berg in the critically acclaimed film The Reader (2008) with Kate Winslet. Kross has since worked in both German and English speaking films, including Steven Spielberg's War Horse (2011), Into the White (Petter Næss, 2012) and Race (Stephen Hopkins, 2016). A recent success was the German thriller Ballon/Balloon (2018) with Friedrich Mücke. In post-production is the comedy Betonrausch/Concrete Gold (2020), with Frederick Lau. 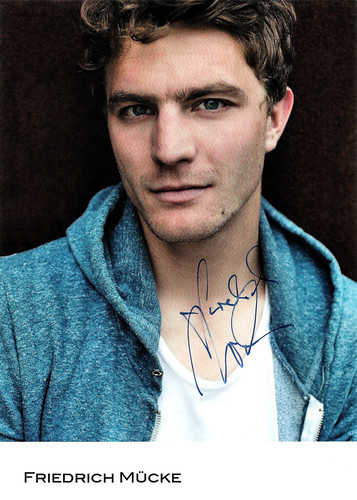 Blue-eyed, blond German actor Friedrich Mücke (1981) appeared in more than twenty films since 2006. Many of his films tackle issues around the former GDR. He had his breakthrough with the adventure comedy Friendship! (2010) with Matthias Schweighöfer. He reunited with Schweighöfer in the comedies What a Man (2010), Russendisko/Russian Disco (2012), and Vaterfreuden/Joy of Fatherhood (2014). He co-starred with David Kross in the thriller Ballon/Balloon (2018). 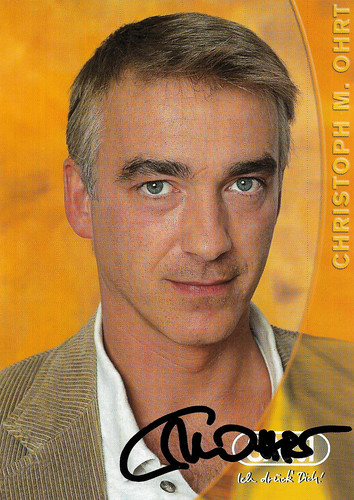 German actor Christoph M. Ohrt (1960) is best known for his roles in popular TV series like HeliCops - Einsatz über Berlin (1998), and Edel & Starck (2002). He also appeared in German and some international films. 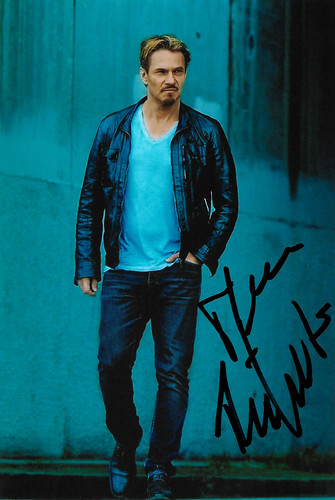 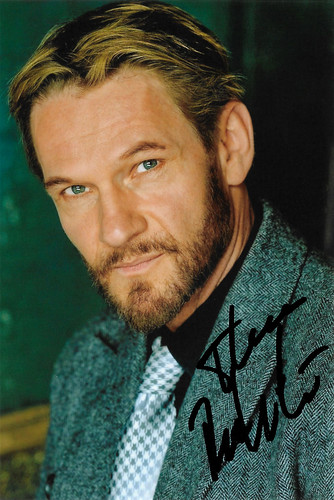 Thure Riefenstein (1965) is a German-Serbian born actor, writer and producer who started his career at German Broadway theatres such as the Berliner Ensemble and the Hamburger Schauspielhaus. He is best known for playing strong and enigmatic heroes or villains in international films and TV Series. He worked with Steven Soderbergh in Behind the Candelabra (2013), starring Michael Douglas and Matt Damon. On television, he guest-starred in the US-Series Leverage (2012) with Timothy Hutton, The Brink (2015) with Tim Robbins, and the Sci-Fi series 12 Monkeys (2018). Next, he can be seen in the British drama Sophie's War (Joshua Sinclair, 2019) with Anja Kruse, Mikael Persbrandt and Claire Bloom. 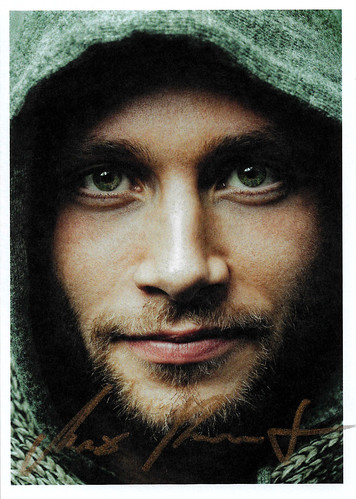 German actor Max Riemelt (1984) is known for such films as Napola - Elite für den Führer (2004), Die Welle/The Wave (2008) and Freier Fall/Free Fall (2013). He had his international breakthrough as Wolfgang Bogdanow in the Netflix series Sense8 (2015-2018), created by The Wachowskis and J. Michael Straczynski. Riemelt is announced in several new films, including the sequel Freier Fall 2/Free Fall 2 (2020). 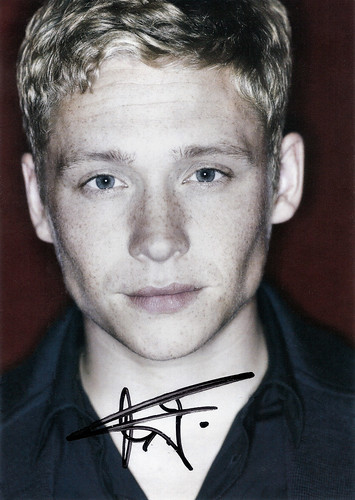 Blond, freckled and talented Matthias Schweighöfer (1981) is one of the most successful German actors of his generation. He is also a voice actor, singer, film director, and producer. Schweighöfer made his debut as film director with the romantic comedy What a Man (2010). It was well received by German critics and also a success at the box office. He co-starred with Friedrick Mücke in the buddy film Friendship! (2011). He directed, produced and played the lead role in You Are Wanted (2017), Amazon's first non-English-language TV series. Next, he will play Klaus Barbie in Resistance (2020), starring Jesse Eisenberg. 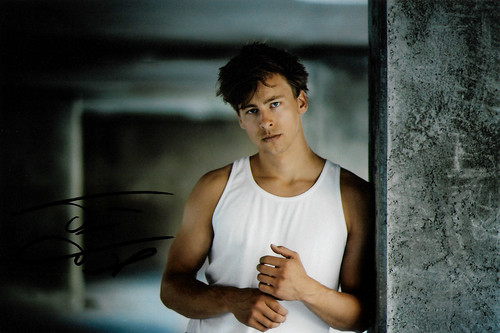 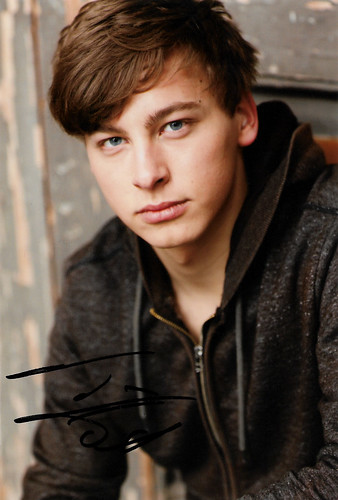 Timmi Trinks (1994) is a German actor, best known for the TV series and feature film Allein gegen die Zeit/Alone Against The Time. His latest film was the horror thriller Heilstätten/The Sanctuary (2018). 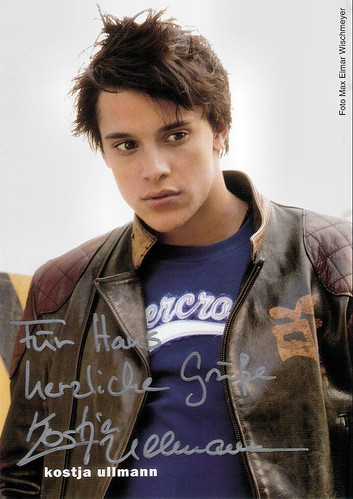 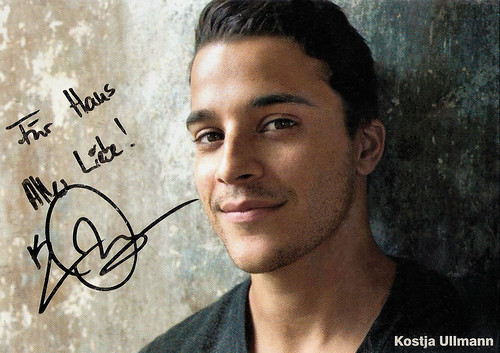 Kostja Ullmann (1984) is a German actor, best known for his leading role in the award-winning coming of age drama Sommersturm/Summer Storm (2004) which gained a lot of praise throughout Europe. His later films include Quellen des Lebens/Sources of Life (2013) with Moritz Bleibtreu and Meret Becker, the espionage thriller A Most Wanted Man (2014) starring Philip Seymour Hoffman, and the comedy Mein Blind Date mit dem Leben/My Blind Date With Life (2017). He is announced for the Norwegian action comedy Børning 3 (2020), and the British drama Resonance (2020), with Pat Vega. 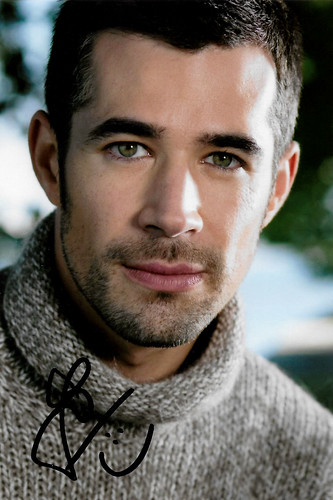 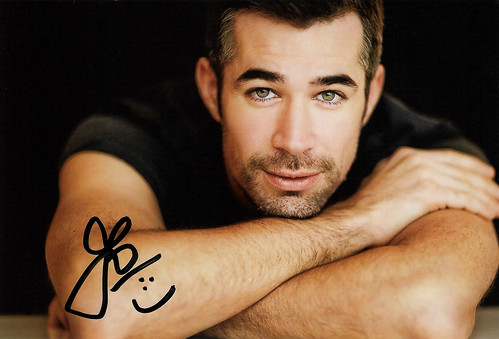 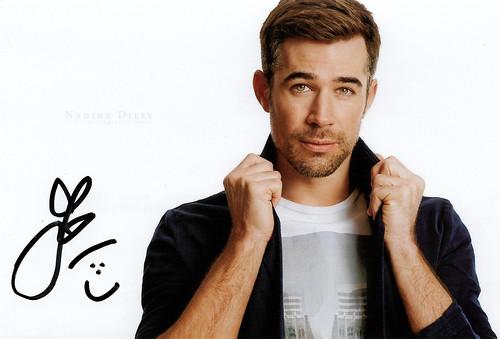 Jo Weil (1977) is a German actor and TV presenter. He is best known for his role of Oliver Sabel in the soap-opera Verbotene Liebe/Forbidden Love. He had played the character for 15 years before trying out other pursuits, including releasing 2 singles, acting in a musical and in several films. 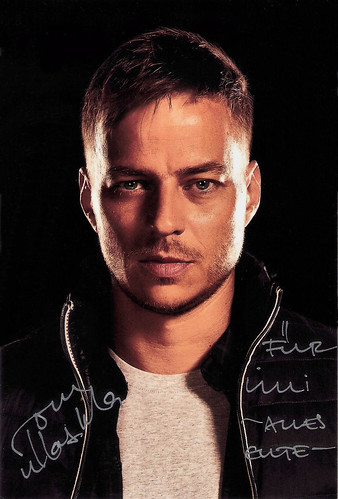 German actor Tom Wlaschiha (1973) is best known for his role as Jaqen H'ghar in the second, fifth, and sixth seasons of Game of Thrones (2011). He also appeared in films like Resistance (2011) and the TV series Crossing Lines (2013). He recently starred in a new version of the classic series Das Boot (2018). Announced is the Italian comedy L'incredibile storia dell'isola delle rose/The Incredible Story of Rose Island (2020).