Klári Tolnay (1914-1998) was one of Hungary's most popular film and theatre stars. In the 1930s she was the glamorous star of many sophisticated comedies. Tolnay received the prestigious Kossuth Prize of her country in 1951 and 1952. 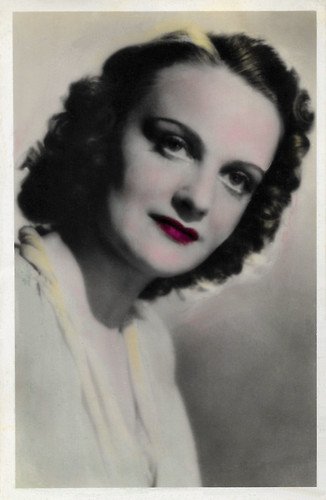 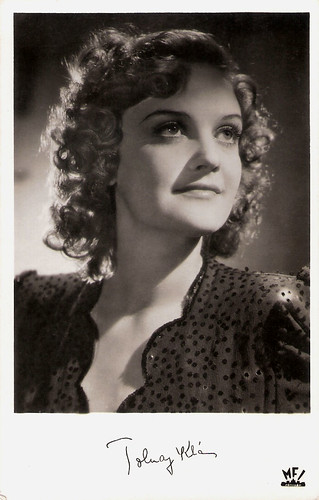 
Klári Tolnay was born Rozália Klára Tolnay (in Hungarian: Tolnay Rozália Klára) in 1914 in Budapest, then capital of the Kingdom of Hungary, integrated into the immense Habsburg Empire, now Hungary. She was the daughter of István Tolnay and Eleonóra Siess.

'Klarika' spent her childhood in the small village of Mohora, Nógrád county, on the estate of her father. Finishing elementary school there, she continued secondary school studies in Balassagyarmat, two years at the school operated by Institutum Beatae Mariae Virginis in Nyíregyháza, finishing high school in Debrecen's School of Business.

Singing and playing music since childhood, she followed the advice of newspaper editor János Bókay, and auditioned herself to prominent actors of the time, Gábor Rajnai, Jenő Heltai, and Sándor Hevesi.

After these early attempts were not followed by the desired results, she was spotted and mentored by film maker Béla Gaál, thus starting her career as a film actress at the Hunnia Film Studio. There she appeared in a small part in the comedy Az új rokon/The New Relative (Béla Gaál, 1934) starring Zita Perczel.

Her first notable role was in the romantic comedy Meseautó/The Dream Car (Béla Gaál, 1934) starring Zita Perczel and Ella Gombaszögi. A tycoon falls in love with a poor woman and secretly buys her a car. The film sparked an Eastern European vogue for sophisticated comedies.

Bobb Edwards at Find A Grave: "Tolnay's cover girl looks and breezy style made her a natural for the genre and she went on to star in such titles as Légy jó mindhalálig/Stay Good Until Death (István Székely, 1936), Az én lányom nem olyan/My Daughter Is Different (László Vajda, 1937), and A hölgy egy kissé bogaras/The Lady Is a Little Crazy (Ákos Ráthonyi, 1938), typically as a virginal tease."

In 1934, she was hired by the Vígszínház theatre (the Comedy Theatre of Budapest), to perform smaller roles. In 1936 she married film director Ákos Ráthonyi, and four years later, she gave birth to daughter Zsuzsanna. In 1938, she impressed theatre critics as Juliet in 'Romeo and Juliet', which she performed throughout the nation.

In between she also appeared in the comedy Magdát kicsapják/Magda Expelled (László Vajda, 1938), starring Ida Turay, Tolnay and Antal Páger. The film was based on a play and was remade in Italy as Maddalena, zero in condotta/Maddalena, Zero for Conduct (Vittorio de Sica, 1940) with some changes.

So the young and beautiful actress worked with the greatest directors of her country, some of whom would later have an international career. István Székely was the future Steve Sekely, and László Vajda, became known as Ladislao Vajda. She also worked with Bolváry Géza (later known in Germany as Geza von Bolváry) for Tiszavirág/Flower of the Tisza(1937); and with Tóth Endre, later known in Hollywood as André De Toth, for Toprini nász/Wedding in Toprin (1938) and Hat hét boldogság/Six Weeks of Happiness (1939). 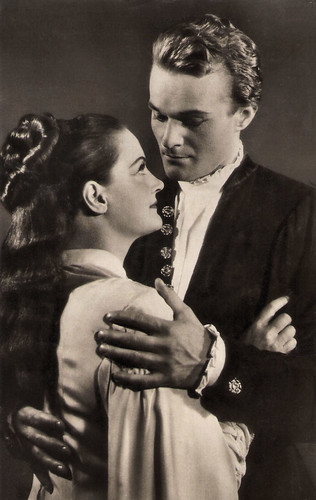 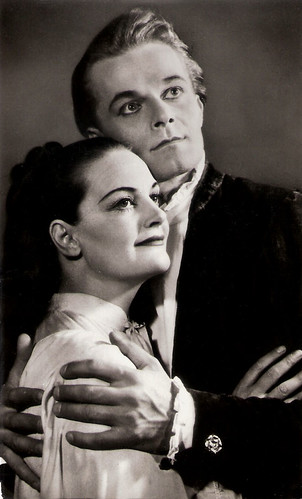 In the early 1940s, Klári Tolnay became a big film star in her country thanks to her performances in a dozen comedies or melodramas directed by her husband Ákos Ráthonyi. These included A szerelem nem szégyen/The Love Is Not Shame (Ákos Ráthonyi, 1940) and Egy csók és más semmi/One kiss and nothing more (Ákos Ráthonyi, 1941), both also with Pál Jávor.

After World War II ended in 1945, Ákos Ráthonyi left Hungary, but Klári Tolnay stayed. She moved away from the film sets. On stage she was still cast in glamorous roles, but as she grew older she greatly broadened her range, particularly in her work with the National and Madach theatres. Leaving the Vígszínház for the Művész Theatre in 1946-1947, Tolnay met Iván Darvas, whom she later married. They divorced in 1958 - according to Wikipedia, but according to IMDb in 1959. After the 1956 revolution, Tolnay's daughter Zsuzsanna followed her father abroad.

In 1947, together with Gyula Benkő and István Somló, Klári Tolnay was appointed as the co-manager of the Vígszínház theatre, where she was a major participant in restoring the institution to its pre-war glory. After the theatre was disbanded by the government in 1950, she joined the Madách Theatre, where she worked until her death in 1998.

Bobb Edwards: "Despite later Communist censorship of the arts, Tolnay was able to use her star power to bring notable American plays to her country. She played Blanche in Tennessee Williams' 'A Streetcar Named Desire', Martha in Edward Albee's 'Who's Afraid of Virginia Woolf?', and Maude in Colin Higgins' 'Harold and Maude', all in their first Hungarian productions."

In 1958, she made a remarkable comeback in the cinema with A tettes ismeretlen/When Cannons Go Away ... (László Ranódy, László Nádasy, 1958), which was released in several other European countries.  The film tells the story of young children who find after the war a non-pinned grenade and how the indifference of adults leads to a tragedy.

Tolnay continued to star in films. Her best known later films are the drama Pacsirta/Drama of the Lark (László Ranódy, 1963), which was entered into the 1964 Cannes Film Festival, and Apa/Father (István Szabó, 1966), a coming of age story about a man who copes with his childhood loss of his father against the backdrop of the Hungarian Revolution of 1956 and memories of the Arrow Cross dictatorship.The film, which won several international awards, symbolised the Renaissance of the Hungarian cinema. Zsuzsa Ráthonyi, the daughter of Klári and Ákos Ráthonyi, was also in the cast.

Klári appeared in the Hungarian adventure film A koppányi aga testamentuma/The Testament of Aga Koppanyi (Éva Zsurzs, 1967), the Hungarian-Soviet epic musical/drama Szerelmi álmok – Liszt/Dreams of Love – Liszt (Márton Keleti, 1970) based on the biography of the Hungarian composer and pianist Franz Liszt, and the drama A vörös grófnő/The Red Countess (András Kovács, 1983), which was entered into the 14th Moscow International Film Festival. She also played in several television productions.

Klári Tolnay passed away in 1998 in Budapest, Hungary. She was 84. Overall she appeared in 85 films and 30 plays.  Her body rests in the Farkasreti cemetery of the Hungarian capital and a statue of Tolnay now stands in front of the National Theatre in Budapest. 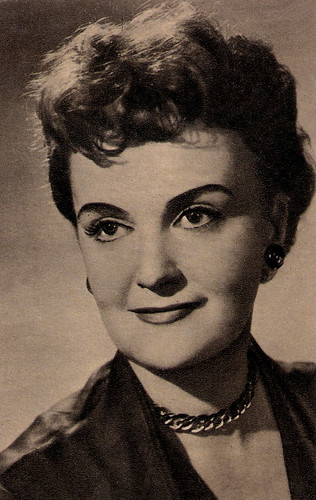 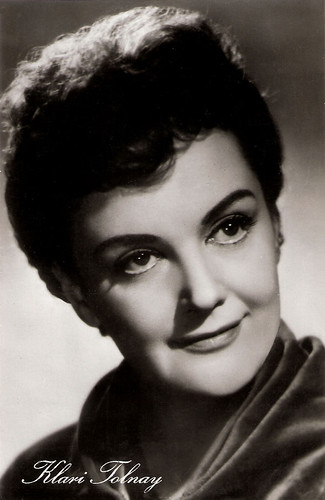