French film and stage actress Françoise Brion (1933) has appeared in 75 films since 1957. She worked with Nouvelle Vague directors like her husband Jacques Doniol-Valcroze, Pierre Kast and Alain Robbe-Grillet. She also was an attractive, blue-eyed, blonde eye-catcher in several crime films, in which she played the friend and lover of Eddie Constantine or Lino Ventura, or was a seductive and sometimes dangerous siren. 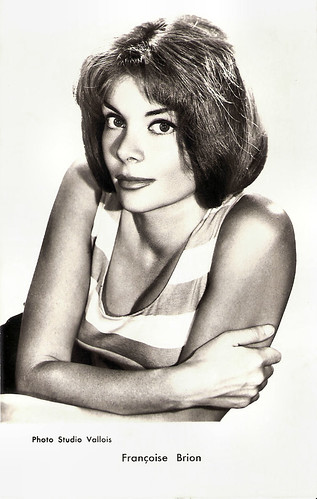 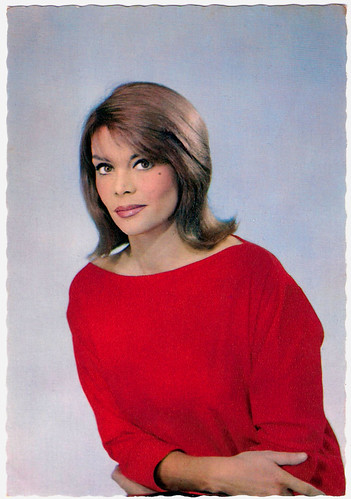 She took acting lessons from Pierre Dux and Raymond Girard in the early 1950s and then continued to study at the Actors Studio in New York.

She worked with the directors Robert Lamoureux, André Barsacq, Michael Cacoyannis and her teacher Pierre Dux. Brion received her most important early stage roles in Oscar Wilde's 'An Ideal Husband', in Françoise Sagan's 'A Castle in Sweden', in Peter Weiss’ 'Marat / Sade' as well as in Bertolt Brecht's ' Mutter Courage and her children'.

She has also been a guest at the Avignon Theatre Festival several times. Brion made her film debut with a minor role in Love in the Afternoon (Billy Wilder, 1957), starring Gary Cooper and Audrey Hepburn.

Her first bigger parts were in the crime film Un témoin dans la ville/Witness in the City (Édouard Molinaro, 1959) with Lino Ventura and the Romance Katia/Adorable Sinner (Robert Siodmak, 1959) with Romy Schneider. 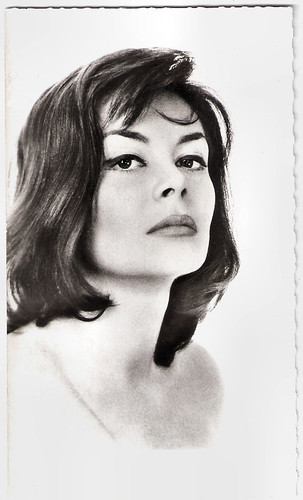 
Françoise Brion had her first starring role in the Lemmy Caution crime film Comment qu'elle est?/Women Are Like That (Bernard Borderie, 1960) with Eddie Constantine.

The following year, she played the female lead in the French-Romanian crime film Codine (Henri Colpi, 1963), which was entered into the 1963 Cannes Film Festival where it won the award for Best Screenplay. She also played in the French-Italian comedy Dragées au poivre/Sweet and Sour (Jacques Baratier, 1963) starring Guy Bedos and Jean-Paul Belmondo.

Then followed the art film L'Immortelle (Alain Robbe-Grillet, 1963), which was entered into the 13th Berlin International Film Festival, and won the Prix Louis Delluc. Director Alain Robbe-Grillet, who was one of the most successful screenwriters of the French New Wave, had longed to direct a feature film, but for a long time no offers of backing were forthcoming.

At length, a Belgian producer agreed to let him direct a film from his own screenplay, on condition that the film be shot in Turkey, using 'blocked funds' (profits from an earlier film that could not be taken out of the country) owed to Cocinor, the French production company. Robbe-Grillet accepted this, and in his first feature film as a director, created a dreamlike, erotic fantasy. Robbe-Grillet wrote a very detailed plan for the shooting, and wanted it followed in every detail. Both Françoise Brion and co-star Jacques Doniol-Valcroze were friends of the director. Though he had written the scenario with other actors in mind, he decided on them instead. 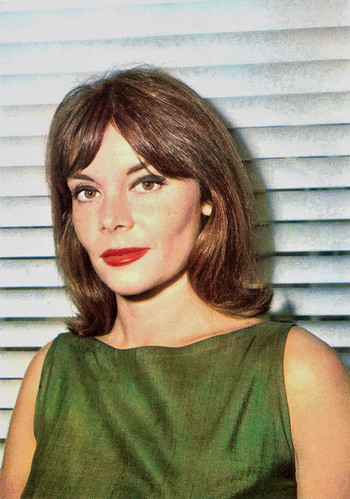 
Françoise Brion played a supporting part in the French-Italian drama Un monde nouveau/A Young World (Vittorio De Sica, 1966) with Christine Delaroche and Nino Castelnuovo. Then she filmed in the Netherlands To Grab the Ring (Nikolai van der Heyde, 1968) with Ben Carruthers and Liesbeth List. It was entered into the 18th Berlin International Film Festival.

That year, she also appeared in the French comedy Alexandre le bienheureux/Very Happy Alexander (Yves Robert, 1968), also starring Philippe Noiret and Marlène Jobert. In the British-French action film Caravan to Vaccarès (Geoffrey Reeve, 1974) starring David Birney, Charlotte Rampling and Michael Lonsdale, she had a small part. It was loosely based on the novel 'Caravan to Vaccarès' by Alistair MacLean.

In 1978, she had a role in Attention, les enfants regardent/Careful, the Children Are Watching (Serge Leroy, 1978) with Alain Delon. With the gradual waning of her film career in the late 1970s, television gained importance in Brion's career, and she also intensified her work in the theatre again. In 1981-1982, she guest-starred in the French police television series Julien Fontanes, magistrat (1980-1989) with Jacques Morel. She also appeared in Jacques Doillon's film La tentation d'Isabelle/The Temptation of Isabelle (1985).

On TV, she could be seen in the French Mini-series Les Liaisons dangereuses/Dangerous Liaisons (Josée Dayan, 2003) starring Catherine Deneuve, Rupert Everett, Nastassja Kinski and Leelee Sobieski. It was an updated adaptation of the classic eighteenth-century novel 'Les Liaisons dangereuses' by Pierre Choderlos de Laclos. Her most recent film is Le premier jour du reste de ta vie/The First Day of the Rest of Your Life (Rémi Bezançon, 2008), the tale of a close knit family over a period of twelve years.

Françoise Brion was married to actor Paul Guers (1958-1963). After their divorce, she married actor-director Jacques Doniol-Valcroze, with whom she had two children, actress Diane Doniol-Valcroze and director-writer Simon Doniol-Valcroze. 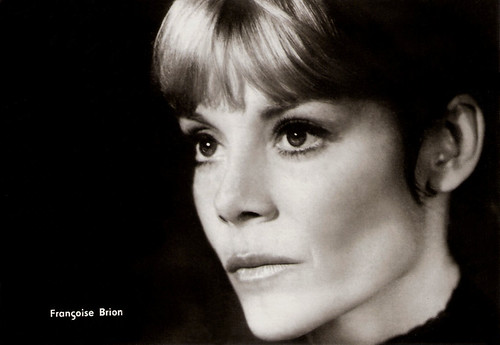