American silent film actress Anita Stewart (1895-1961) was one of the earliest actresses who achieved success and public recognition in the cinema. From 1911 on, she worked with director Ralph Ince for Vitagraph and was often paired in romantic roles with real-life husband, actor Rudolph Cameron. Later she had her own film company. The advent of the sound film ended her successful career. 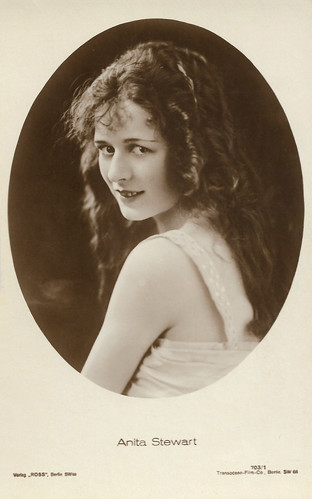 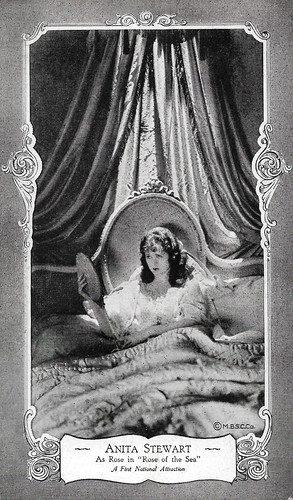 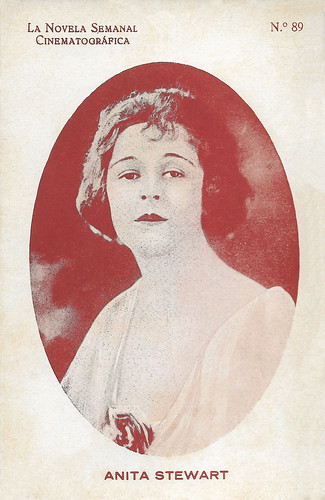 An actress in the foreground

In 1911, when she was still attending Erasmus Hall High School in Brooklyn, 16-year-old Anita started her career playing extra and bit parts in films for the Vitagraph Studios at their New York City location.

She had her breakthrough with the box office hit A Tale of Two Cities (William J. Humphrey, 1911), adapted from Charles Dickens, and with an all-star cast including Maurice Costello, Florence Turner, Norma Talmadge, and John Bunny.

Over the next years, she quickly grew into an actress in the foreground. She appeared in a string of short comedies and dramas including The Forgotten Latchkey (Ralph Ince, 1913) with Harry Morey, and The White Feather (William J. Bauman, 1913).

Director Ralph Ince gave Stewart leading roles in his films A Million Bid (1914), her first real feature-length film, and The Sins of the Mothers (1914) with Julia Swayne Gordon.

In 1917 Stewart married Rudolph Cameron, the brother of Ralph Ince. Stewart grew into a popular actress and was cast with big names such as Mae Busch and Barbara La Marr. 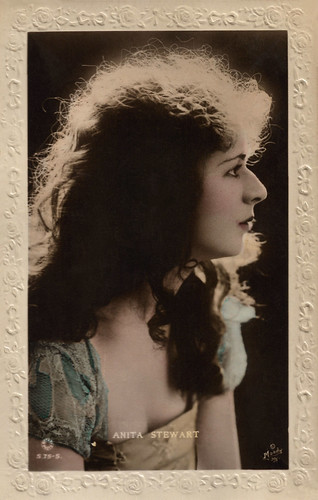 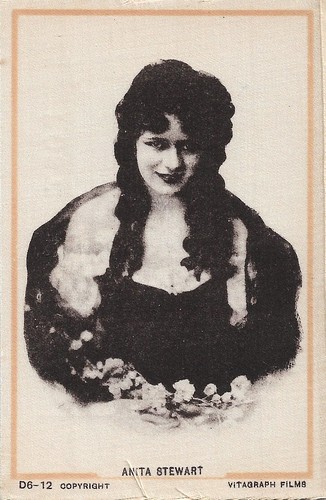 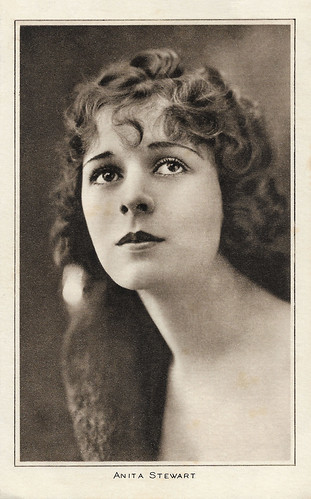 British postcard in the Pictures Portrait Gallery by Pictures Ltd., London, no. 111.

Her own production company


Anita Stewart left Vitagraph in 1918 for a contract with Louis B. Mayer and received a substantial salary increase. Stewart was promised her own production company at the Mayer studios in Los Angeles.

Between 1918 and 1919 Stewart produced seven moderately successful vehicles, starring in all of them. Her best-known film is Virtuous Wives (George Loane Tucker, 1918) with Conway Tearle and Hedda Hopper. Other titles include the Lois Weber film A Midnight Romance (1919) with Jack Holt, Marshall Neilan's Her Kingdom of Dreams (1919), and In Old Kentucky (Marshall Neilan, 1919).

From the mid-1920s, Stewart acted at various production companies, including Tiffany, Cosmopolitan, Fox, and even her old company Vitagraph. She mostly got first billing until 1928.

Her last silent film was Romance of a Rogue (King Baggot, 1928), starring H.B. Warner, and Stewart co-starring. After the emergence of the sound film in 1928, however, it went badly with Stewart's career.

After making just one musical short, The Hollywood Handicap (Charles Lamont, 1932) with Bert Wheeler and the young John Wayne, Stewart retired from the screen. She was one of the wealthiest women in Hollywood.

Stewart wrote the murder mystery novel 'The Devil's Toy', published in New York in 1935 by E.P. Dutton. Though the book's dust jacket traded on the author's Hollywood connection, the plot concerned the killing of a stage actor and was set in San Francisco.

Anita Stewart died of a heart attack in 1961 in Beverly Hills, California. She was interred at Forest Lawn Memorial Park in Glendale, California, in the Sanctuary of Liberty. Anita Stewart has a star on the Hollywood Walk of Fame. 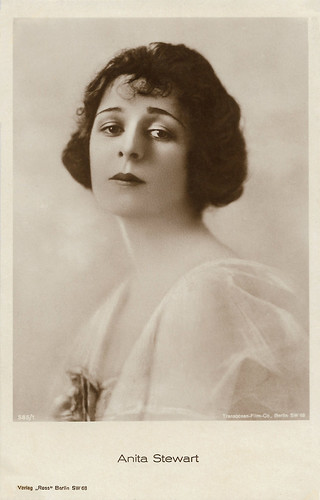 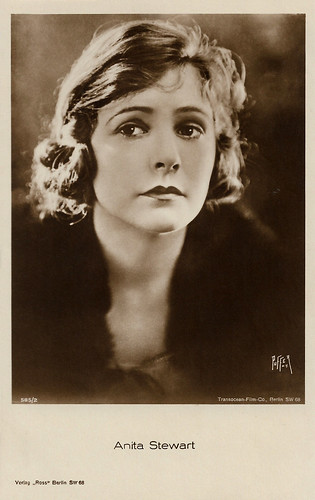 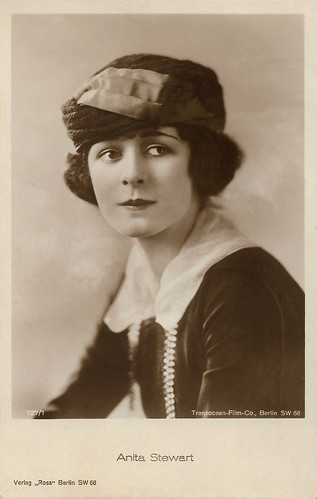