Green-eyed and dark-haired American actress Wanda Hendrix (1928-1981) achieved stardom in her teens and played in about 20 films in the late 1940s and 1950s. Her first, brief marriage was to the most decorated soldier of World War II, Audie Murphy. 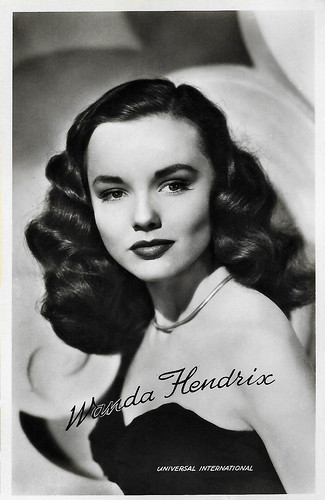 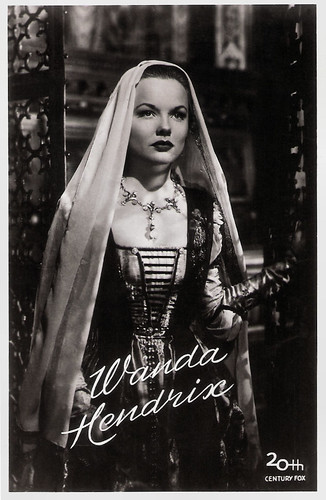 Else, the char-girl with the thickened brogue


Dixie Wanda Hendrix was born in 1928 in Jacksonville, Florida, to Max Sylvester and Mary Faircloth Hendrix, nee Bailey. Her father was a logging camp boss who later worked for Lockheed Aircraft.

After graduation from junior high school, she joined the Jacksonville Little Theatre, where she was discovered by a Warner Brothers talent scout. The 16-years-old moved to Hollywood. She made her debut as Else, the char-girl with the thickened brogue who develops an ill-fated allegiance with Charles Boyer in Confidential Agent (Herman Shumlin, 1945).

Before she was out of her teens she had starred in several other films, including the Film Noir Nora Prentiss (Vincent Sherman, 1947) with Ann Sheridan, Robert Montgomery’s exemplary 'ultra-Noir' Ride the Pink Horse (1947) and the comedy Welcome Stranger (Elliott Nugent, 1947) with Bing Crosby.

In 1946, WW II hero-turned-actor Audie Murphy saw her on the cover of Coronet magazine and his mentor, actor James Cagney, called the magazine and got her address. Audie asked her to dinner, and they fell in love immediately. They got engaged in 1947 and promised her parents that they would defer marriage for two full years.

Her parents moved to Hollywood, where they bought a ranch. In 1949, the young couple married and the press reported: "Audie Murphy thinks his little Hendrix honey is Wanda-ful!" However, Murphy wanted her to give up filming and move with him to Texas. He had terrible nightmares from his war experiences and always had his gun with him. During 'flashback' episodes he would turn on her, once holding her at gunpoint.

In her later years, Hendrix spoke of Murphy's suffering from post-traumatic stress disorder with sympathy. Murphy had a passion for horse racing and for making big-money bets on long shots. Eventually, he gambled away all of her savings. In 1950, after 13 months of marriage, she received a divorce in 1951 in Los Angeles on the grounds of mental cruelty. The couple had no children but together they produced the Western Sierra (Alfred E. Green, 1950). 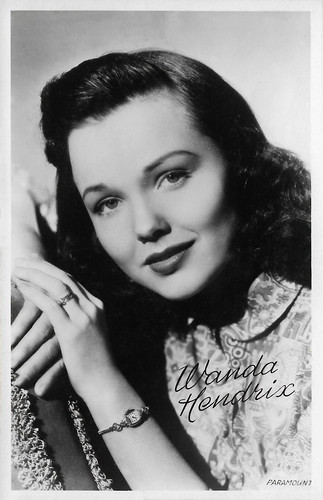 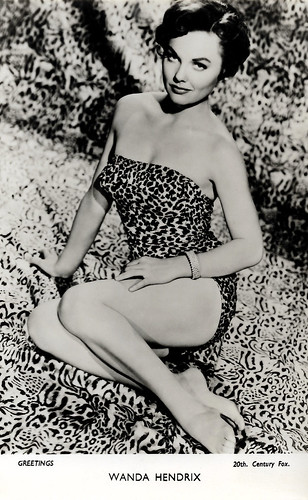 She sizzled and showed off her hips

Later, she starred with John Derek in the action film in Sea of Lost Ships (Joseph Kane, 1953), and she sizzled and showed off her hips in the Roger Corman–produced crime drama Highway Dragnet (Nathan Juran, 1954) with Richard Conte. In 1954, she married wealthy sportsman James L. Stack, brother of the actor Robert Stack, and she briefly retired.

Her second marriage also made headlines when it came to an end in 1958 with both sides charging "mental cruelty". Hendrix went to work again, on TV mostly. One of her films in this period was the thriller Johnny Cool (William Asher, 1963) with Henry Silva. According to IMDb, she developed a drinking problem in the 1960s due to the few acting roles she was offered.

In 1969, she married Italian financier and oil company executive Steve La Monte in a single-ring ceremony at a plush suite of the Stardust Hotel in Las Vegas, Nevada. He was 34; she listed her age on the marriage license as 33. La Monte divorced her in 1979 or 1980 (the sources differ). Despite breaking up after a year of marriage with Audie Murphy, she had continued to love him and was devastated when he died suddenly in a plane crash in 1971. She considered collaborating with author Douglas Warren on an autobiography of Murphy, but it never came to fruition.

Her last role for the big screen was in the Civil War horror One Minute Before Death (Rogelio A. González, 1972), based on a short story 'The Oval Portrait' by Edgar Allan Poe. The film in which she co-starred with Barry Coe, was never theatrically released. Her final screen appearance was in an episode of the TV series Police Story (1974) with Scott Brady.

In 1981, Wanda Hendrix died of double pneumonia in Burbank, California. She was 52. Hendrix was interred at Forest Lawn Memorial Park, Hollywood Hills. 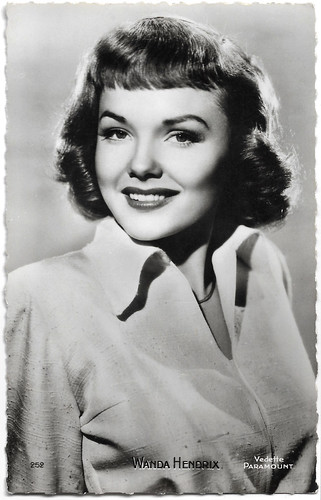 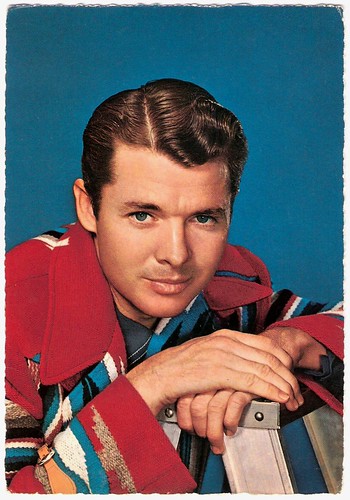