Magda Madeleine (ca. 1890-after 1925), also Maud Madeleine or Magda Mohr, was a stage actress and film actress of the silent film era. In the mid-1910s, she acted in many detective films, while in the late 1910s she had her own series at Deutsche Mutoskop & Biograph. 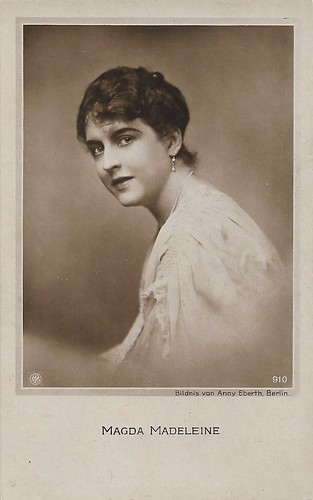 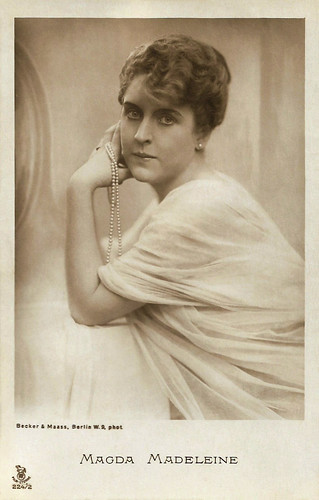 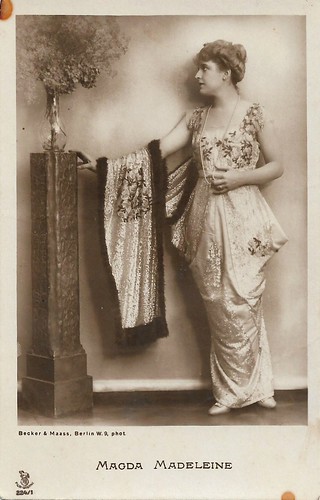 German postcard in the Film-Sterne series by Rotophot, no. 224/1. Photo: Becker & Maass, Berlin.

Too young and too little respect


The actress who became known under the stage name Magda Madeleine was born in Munich in the 1890s, where she received acting lessons from Emmerich.

At the age of 16, she was discovered by producer-director Paul von Woringen (Deutsche Mutoskop & Biograph) who made her an offer to film. She turned it down because she felt too young and the medium of the film enjoyed little respect at the time.

She was "discovered" again for the film by Walter Turszinsky during a rehearsal in the Metropoltheater. At that time she also played on other stages such as the Residenz Theater, the Thalia Theater, and the Wintergarten.

Magda Madeleine's film career began with the film Der Strumpf/The stocking (Fred Sauer, 1915). At that time she was still called Maud Madeleine, but she changed her stage name during the war to Magda Madeleine.

She played mostly salon ladies and sentimental female roles, much to her dissatisfaction. In 1915-1916, she was a supporting actor in films with Ellen Richter, directed by Richard Eichberg. 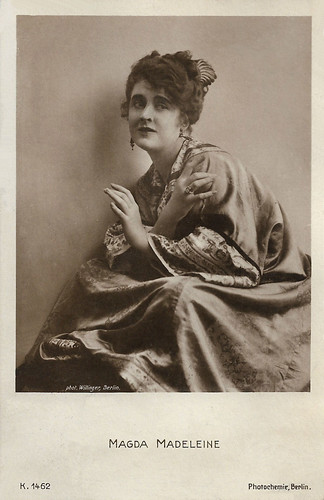 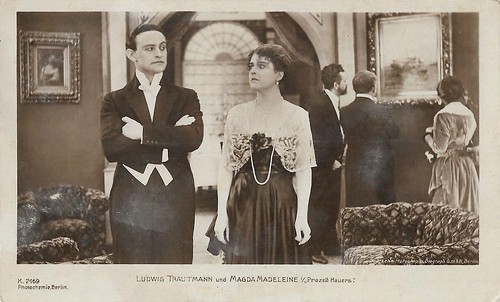 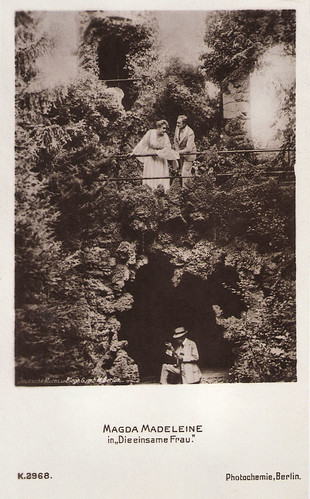 Her own film series for Deutsche Mutoskop & Biograph


From late 1917, Magda Madeleine steadily worked for Deutsche Mutoskop & Biograph, where she debuted in Das Licht in der Nacht/The light in the night (Emil Albes, 1917), and continuously had leads in her own film series with films directed first mostly by Willy Zeyn such as Der Prozeß Hauers/The Hauer trial (Willy Zeyn sr., 1918) with Ludwig Trautmann and Rudolf Lettinger.

Often she was paired with actor Karl Beckersachs and incidentally, she was also directed by Friedrich Féher and Jaap Speyer. All in all, between late 1917 and early 1920, Madeleine did some 16 films at Deutsche Mutoskop & Biograph.

In 1920 Madeleine appeared under the name Magda Mohr in the role of a young woman in the premiere of the stage play 'Reigen' (La Ronde) by Arthur Schnitzler.

From 1920 Madeline continued to act in various films but not in leads anymore, apart from important roles in Der Mord ohne Täter/The murder without a perpetrator (E.A. Dupont, 1921), Die Gebieterin von Saint Tropez/The mistress of Saint Tropez (Franz Hofer, 1921), and Im Schatten der Anderen/In the shadow of the others (Von Woringen, 1924).

Madeleine's last film part was in Der Schrei nach Glück/The cry for happiness (1925) by Franz Hofer, with whom previously she had done other films as well. After that film, nothing more about Magda Madeleine is known. 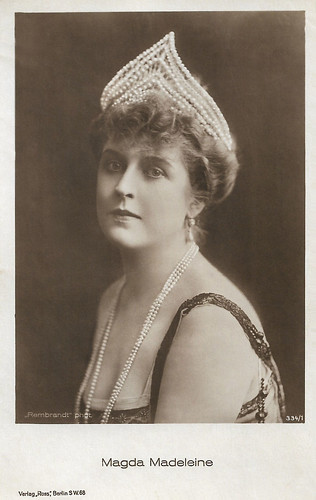 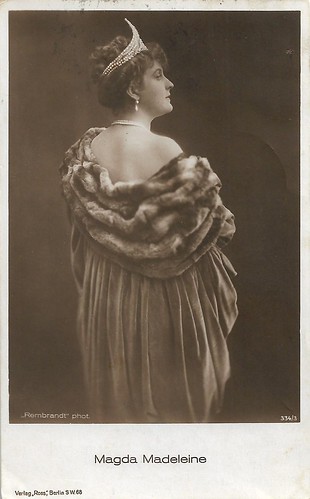