Italian actress Olga Benetti (?-1958) acted in many films of the Roman film companies Cines, Celio, and Caesar in the 1910s and early 1920s. She often performed opposite Francesca Bertini, Gustavo Serena, and her husband Carlo Benetti (1885-1949). 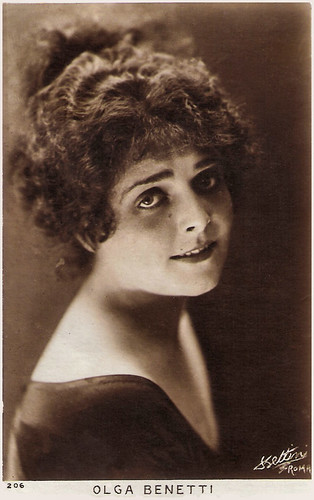 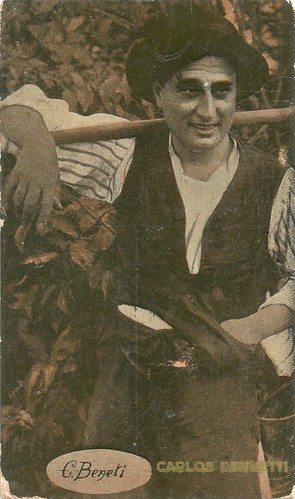 Carlo Benetti. Spanish collectors card by Amatller Marca Luna, Series no. 1. Photo: Principales Artistas Cinematograficos. On the front of the card, Benetti is misspelled as 'C. Beneti' and at the back of the card, the actor's name is spelled as 'Carlos Bennetti' (sic). 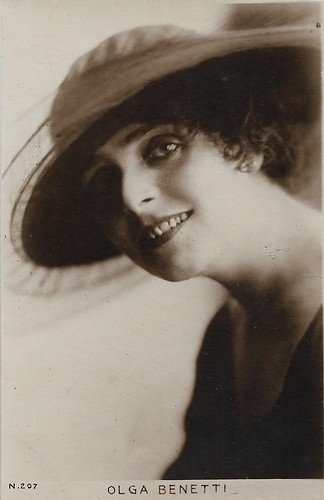 They immediately got the leads in six films

In 1913, they were hired by the Latium film company. They immediately got the leads in six films: La finestra illuminata/The Light in the Window (1913), Passa una donna!/Stella Lescaut (1913), La mano della scimmia/The Strange Theft (1913), Verso l'amore/Towards love (1913), and L'orrida meta/The horrid goal (1913). All were directed by Ubaldo Pittei.

The engagement with Latium didn't last long, though. In September 1913 they started to work for the joint companies Cines and Celio. Together they were the protagonists in the drama Un divorzio/A divorce (1914). They also worked as supporting actors. 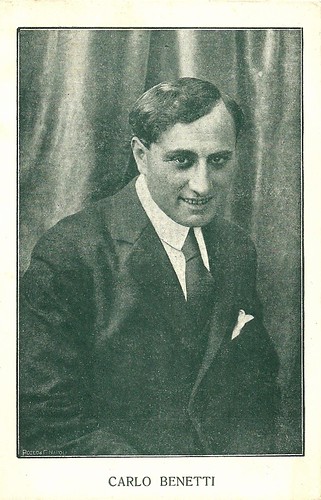 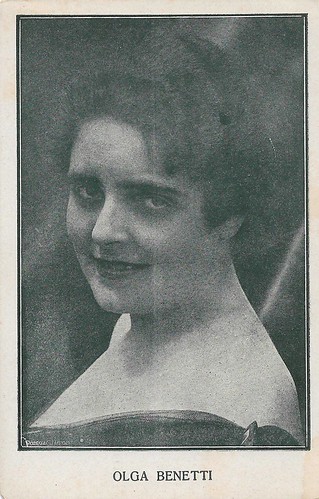 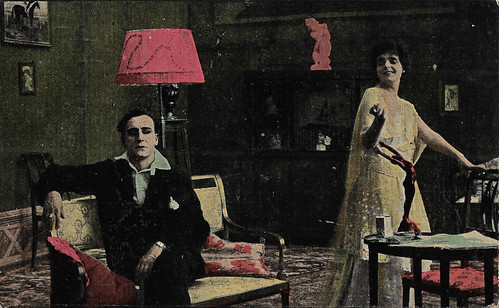 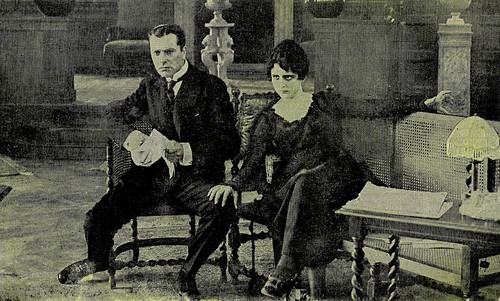 Spanish postcard by Amattler Marca Luna chocolate, series 7, no. 13. Livio Pavanelli and Olga Benetti have just heard they will probably not inherit the throne in Carnevalesca (Amleto Palermi 1918), after Lucio d'Ambra. Photography was by Giovanni Grimaldi.

The bond with Francesca Bertini

In 1918, she also played Clorinda opposite Amleto Novelli and Edy Darclea in the historical epic La Gerusalemme liberata/Jerusalem Liberated (Enrico Guazzoni, 1918), based on an epic poem by Torquato Tasso from 1581.

In the mid-1910s the Benetti's were highly productive regulars of the Caesar troupe and thus also appeared in several films by Gustavo Serena, Emilio Ghione, Camillo De Riso, and Edoardo Bencivenga - often performing in the leads or as most important antagonists.

By 1918 the golden years at Caesar were over. The couple moved to Filmograf, where they acted in films by Gian Orlando Vassallo and Gustavo Serena. Between 1920 and 1924 the couple acted in films at Rinascimento Film and FERT in Turin and at Libertas in Rome. Carlo played in several films with Maria Jacobini and directed by Gennaro Righelli: La casa di vetro/The glass house (1920), Il richiamo/The recall (1921), Il viaggio/The Trip (1921), and Cainà/Cainà: The Island and the Continent (1922). He also played opposite Jacobini in Guglielmo Zorzi's La bocca chiusa/The closed mouth (1924). 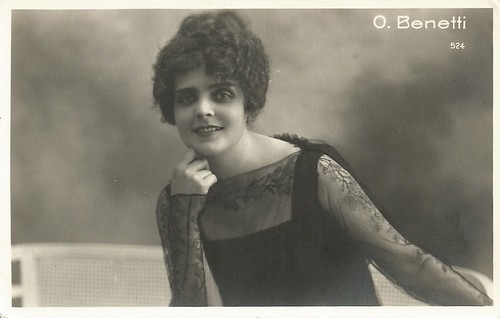 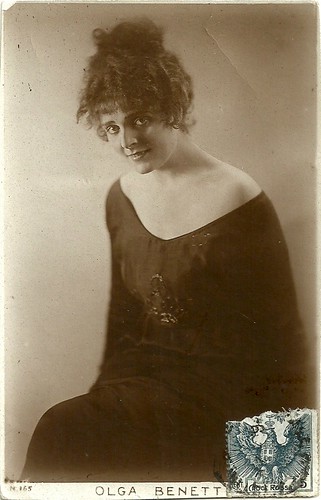 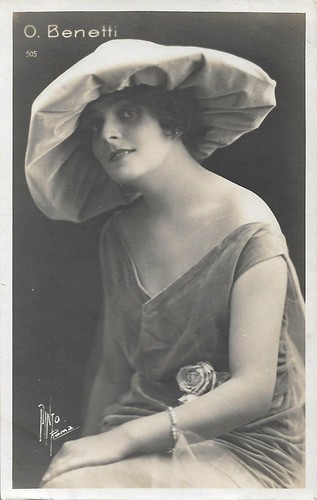 NB. IMDb erroneously claims Olga was also in the 1911 version of Gerusalemme liberata/The Crusaders (Enrico Guazzoni, 1911). Prints of Verso l’amore, Amore bendato, and a fragment of Fedora can be found in the collection of the Eye Filmmuseum in Amsterdam.