Tom Moore (1883-1955) was an Irish-American actor and director. From 1908 to 1954, he appeared in at least 186 films. Frequently cast as the romantic lead, he starred in silent films as well as in some of the first sound films. 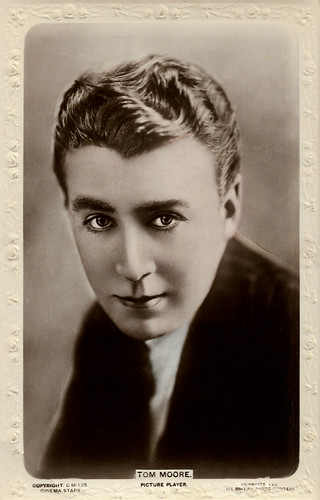 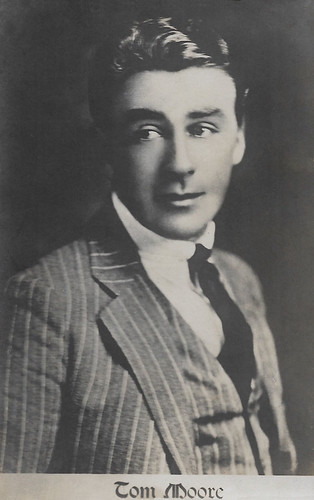 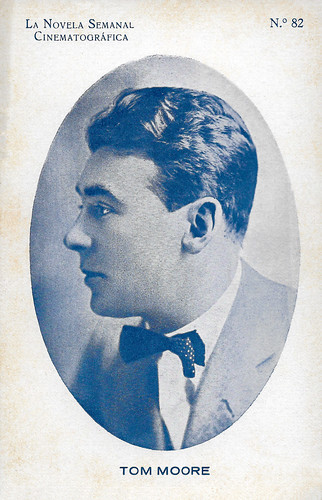 
Thomas J. 'Tom' Moore was born in 1883 in Fordstown Crossroads, Ireland. Along with his brothers, Owen, Matt, and Joe, and their sister Mary, he emigrated to the United States as a steerage passenger on board the S.S. Anchoria and was inspected on Ellis Island in May 1896.

Tom, Owen, and Matt all would also have successful acting careers. Tom first appeared on the stage when he was 21. 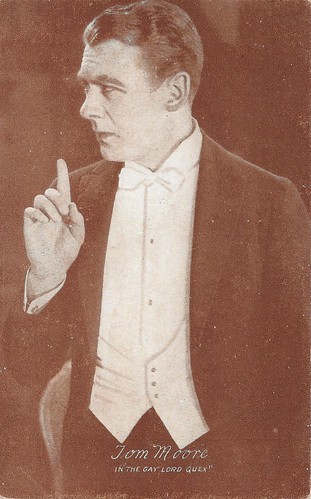 American postcard. Tom Moore in The Gay Lord Quex (Harry Beaumont, 1919), a lost American silent comedy, produced by Goldwyn Pictures. It is based on the 1899 play 'The Gay Lord Quex' by the British writer Arthur Wing Pinero. 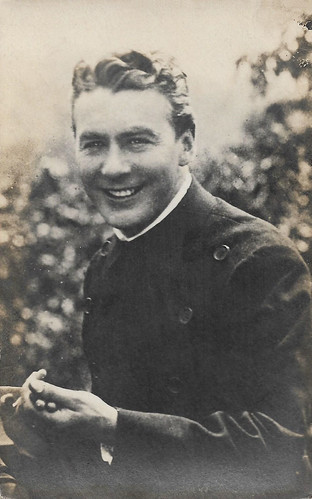 
While in New York City on New Year's Eve 1920, Tom Moore met the young French actress Renée Adorée. A whirlwind romance ensued and six weeks after their meeting, they were married in 1921, in his home in Beverly Hills. The marriage lasted only a few years.

In 1921, he was voted by a trade journal as one of the top fifteen male stars at the box office. He joined Paramount and starred in Dangerous Money (Frank Tuttle, 1924) with Bebe Daniels, the drama Manhandled (Allan Dwan, 1924) with Gloria Swanson, and the crime drama On Thin Ice (Malcolm St. Clair, 1925).

His brother, Owen Moore, was also an actor and was married to Mary Pickford. In 1929, the brothers starred with a third brother, Matt Moore, in Side Street (Malcolm St. Clair, 1929).

In 1931, Tom Moore was married a third time, to actress Eleanor Merry. The Great Depression saw many studios close and much consolidation as the motion picture industry went through tough times. Moore retired from the screen in the mid-1930s.

Ten years later, he returned to act in minor supporting roles. His last appearance was in the network television play The Secret (Justus Addiss, 1955), with Francis X. Bushman and Madge Kennedy.

In 1955, Tom Moore died of cancer at age 71 in Santa Monica, California. He has a star on the Hollywood Walk of Fame at 1640 Vine Street. 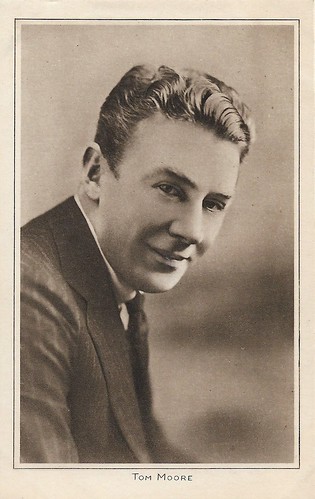 British postcard in the "Pictures" Portrait Gallery, by Pictures Ltd., London, no. 124. 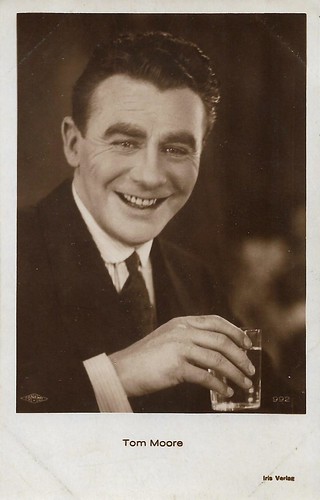 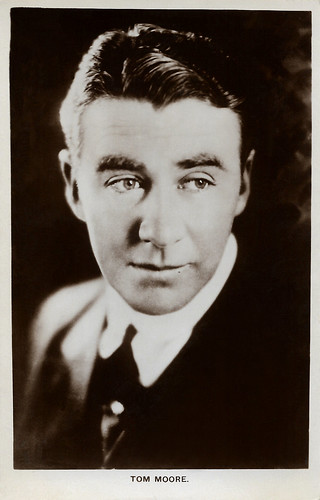